At her debut, Frankie Pangilinan showed taste beyond her 18 years, in a grand and glamorous celebration last night, Dec. 15, at the Shangri-La at the Fort in Taguig.

The debutante turned heads in a strapless red Mark Bumgarner gown with a sweetheart neckline, a thigh-high slit, and a long train which added a dramatic flair to her look. 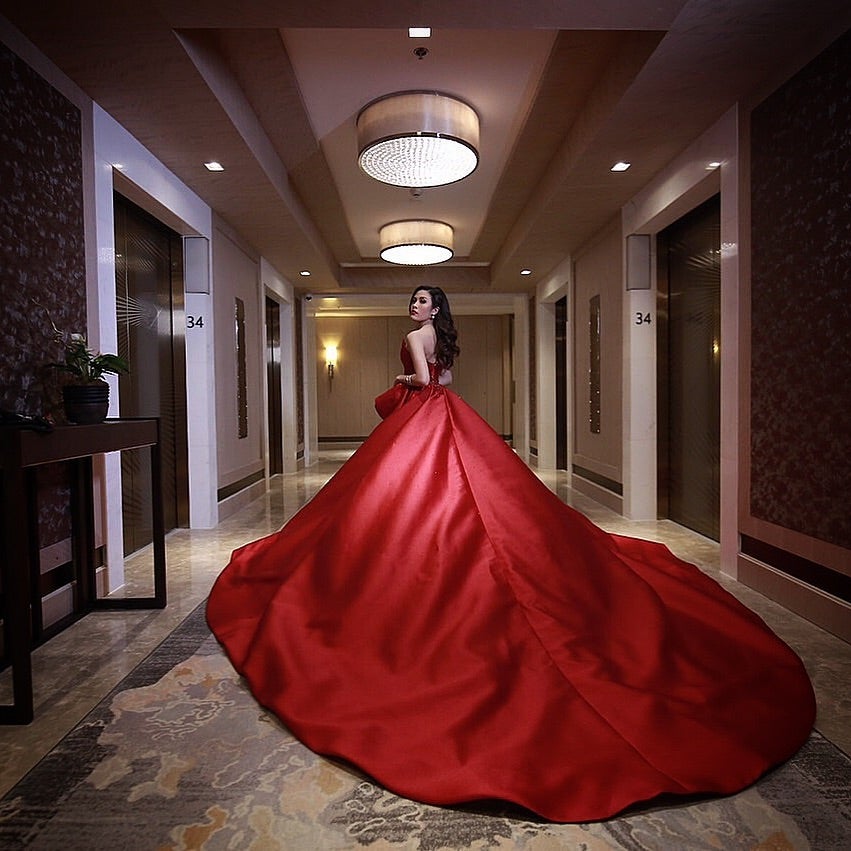 The venue glittered in gold with twinkling lights, while candles adorned the tables against a dark backdrop, as styled by Gideon Hermosa. 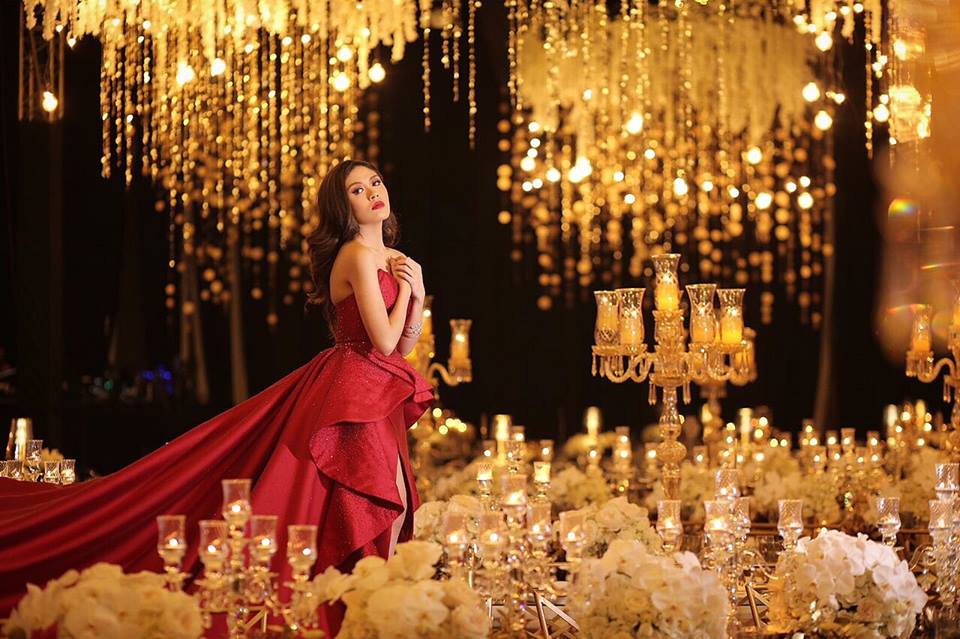 Guests were dressed in sleek and sharp black ensembles, including her family who attended in full force: dad Kiko Pangilinan in a black coat and tie, mom Sharon Cuneta in a v-neck gown, older sister KC Concepcion in a one-shoulder, feathered black-and-white outfit, younger sister Miel in an off-shoulder gown, and youngest sibling Miguel in a black coat and a red bowtie. 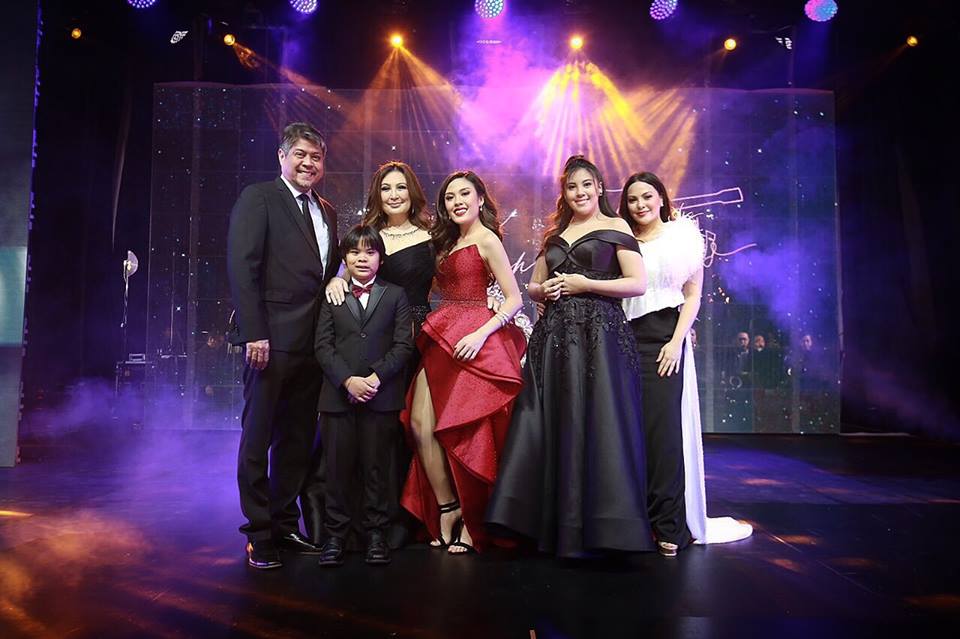 In front of the venue was a stage for dazzling musical numbers which filled the night.

Frankie wowed her guests with her performances. In a black 1920s-inspired flapper dress, she sang and danced to the English version of the song “Quizás”. 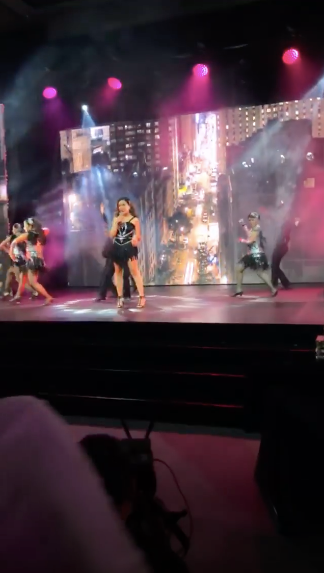 She crooned for the crowd with jazz numbers such as Ella Fitzgerald’s “Dream a Little Dream of Me” and “Someone To Watch Over Me”.

The night seemed to pay tribute to the New York jazz scene: besides the performances, Frankie’s all-white cake was topped with a figure of the Empire State building.

Even the dances with the 18 roses had showmanship — dad Kiko, little brother Miguel, cousins Daniel Cuneta and Donny Pangilinan were some of the men in Frankie’s life who brought ballroom moves to the stage. 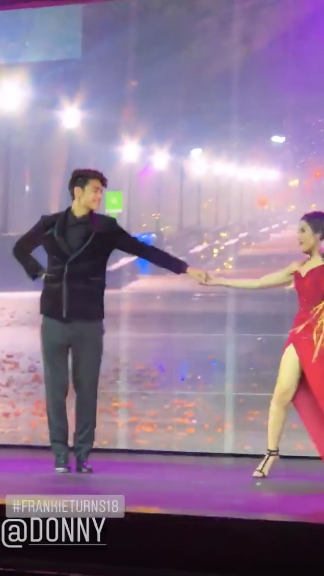 Donny Pangilinan dances with the debutante. Image: Screengrab via Instagram/@itskconcepcion

Frankie’s parents were not to be outdone. They too serenaded their daughter with “The Way You Look Tonight” as popularized by Frank Sinatra.

For a duet with Miel, the sisters performed something more contemporary, “A Million Dreams” from the musical film “The Greatest Showman”. 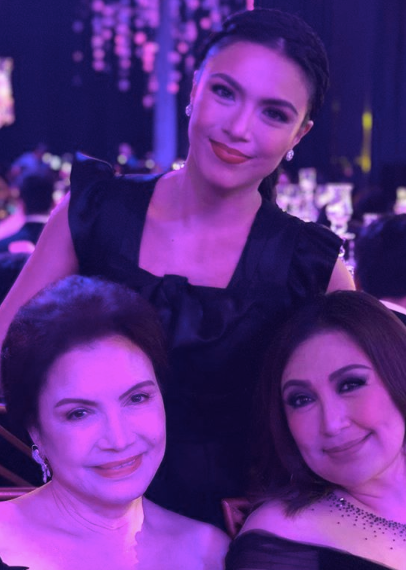 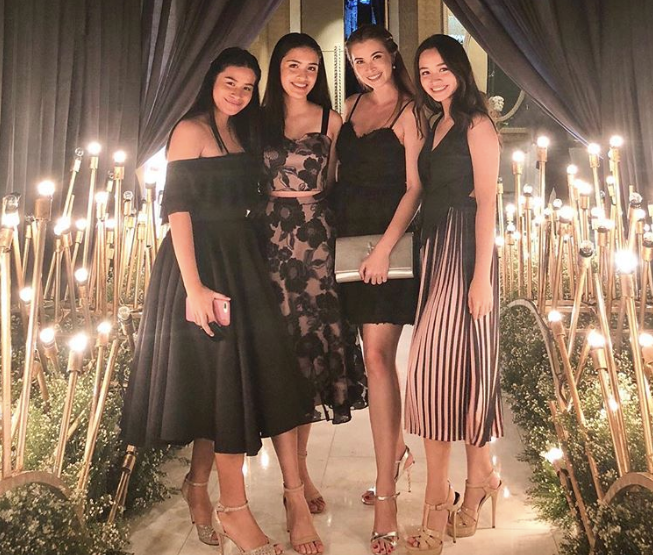 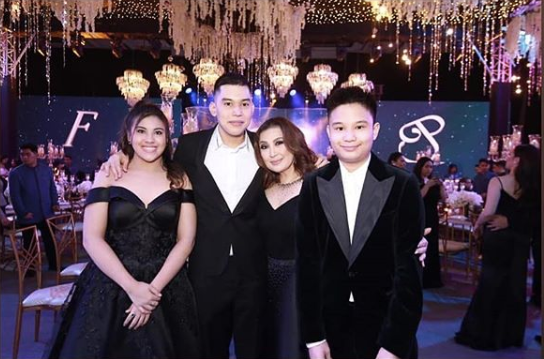 KC also brought boyfriend Pierre Plassart to the occasion. According to an Instagram post from Sharon, he surprised the family by flying in from Paris. 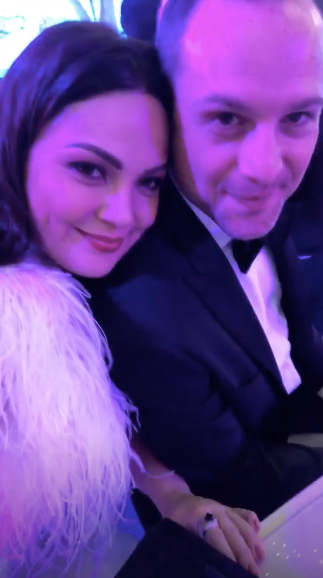 Amidst all the big names who joined the night, there is no doubt Frankie’s star shone the brightest. She officially turns 18 today, Dec. 16. Happy birthday, Frankie! JB

Sharon on daughter Frankie turning 18: ‘The best is yet to come’