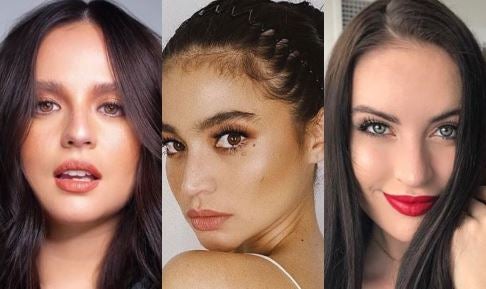 Many still cannot get over Catriona Gray’s performance in the Miss Universe 2018 preliminary competition on Dec. 13, what with her lava walk and slo-mo turn that had netizens and celebrities alike hailing her on social media.

A video of Gray’s performance was shared on Twitter on Dec. 13 by a certain Azen (@_LManoban1997) and showed Gray strutting down the runway during the swimsuit and evening-gown portion of the competition.

“Catriona Gray, the next Miss Universe,” wrote the netizen. That’s it, that’s the tweet!”

Catriona Gray, the next Miss Universe. Thats it, thats the tweet !! #MissPhilippines 👑👑👑pic.twitter.com/LtkkfFfrDE

Kapamilya star Anne Curtis could not help but also praise Gray for her show-stopping walk, as she took to Twitter to make her sentiments known.

“#CatrionaGray killed it at the prelims! BOTH WALKS were amazing! As in!” gushed Curtis. “Both so graceful and unique! Pang slow mo!!!!!”

Georgina Wilson, meanwhile, shared clips of Gray’s performance on her Instagram Stories and she, too, only had commendations for the Miss Universe 2018 bet.

“Omg living for this @catriona_gray,” said Wilson in regard to Gray’s slo-mo turn. 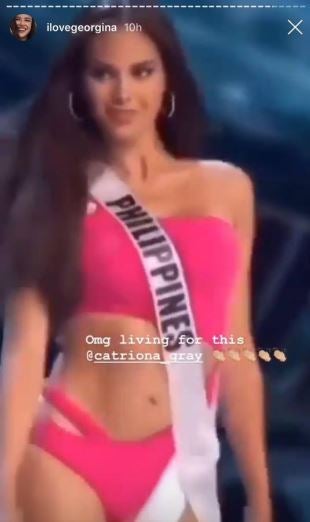 “What a winner!!!!!” Wilson gushed about Gray during the evening-gown portion. “Ahhhhh!!!” 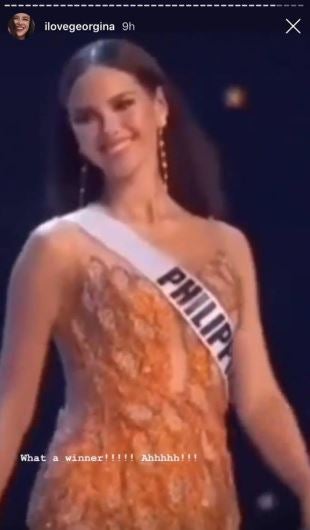 Apart from Curtis and Wilson, Miss Universe Canada 2016 Siera Bearchell also hailed Gray in her latest YouTube video posted on Dec. 13 in which she gave her review of the Miss Universe preliminary competition.

In her video, Bearchell named Gray as her #1 bet in the swimsuit competition.

“If you couldn’t tell from what I was saying, Philippines,” she said. “I mean I felt it’s almost hard to argue with that one, the performance was amazing. Her performance was just 10 out of 10, 100 percent.”

As for Gray’s gown, Bearchell shared that she was not super-thrilled about it, but really liked the concept, idea and inspiration behind it.

“I think they designed it around the Mikimoto crown… that’s my favorite crown,” she said. “I liked the gown and styling better when she won Miss Universe Philippines, so I’m definitely hoping she brings something else to the final night.”

She added, “Her performance is always amazing. The crowd loves her, her turn at the end of the runway and stuff, like it’s easy and she’s great.”

Bearchell’s review of the Miss Universe preliminary competition may be viewed below.  /ra