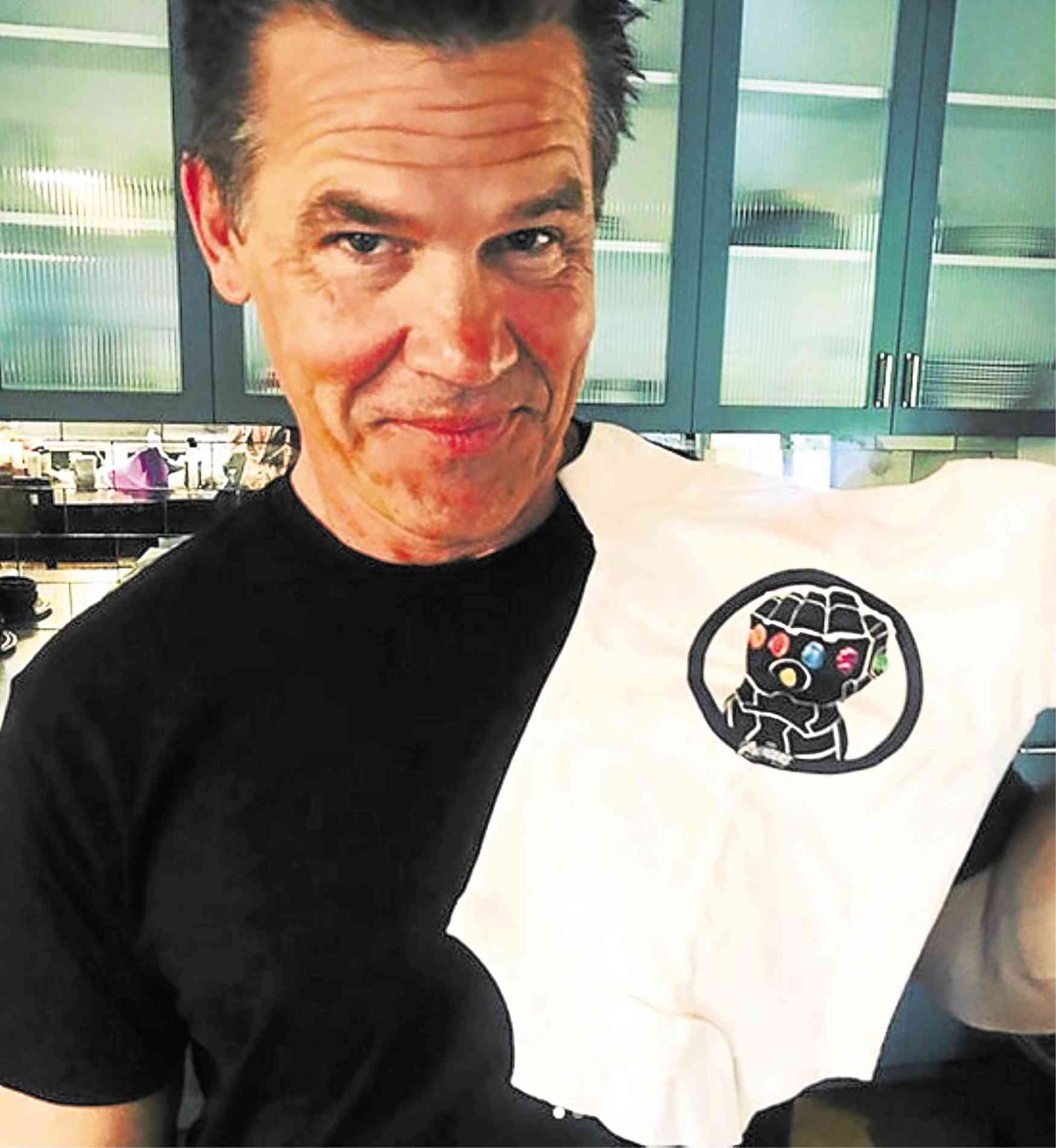 The year 2018 continues to be a big year for Josh Brolin. The actor starred in two hit superhero movies, first as übervillain Thanos in “Avengers: Infinity War” and, barely a month later, as the antihero Cable in “Deadpool 2.”

But it got even better early last month, when he and his wife Kathryn welcomed baby daughter Westlyn Reign, nicknamed Bean, whom Brolin described in an Instagram video as “a flawless gem through and through.”

More recently, he posted a photo of Bean sleeping. Part of his caption said, “The baby is asleep, but I am not. She trusts me cradling her as she securely floats in dream and makes the sounds of a [filly] foal romping through what feels like a religious meadow.”

The actor, 50, continued: “When she’s awake, she growls like old Nick Nolte, and once she drifts off, she transitions into the soft equine playfulness of a suckling taunting her mother. And I watch her, for hours. I stare at all the corners of her face and make note of how it’s changed since the last time yesterday …”

Read Next
“One Great Love” Grand Press Conference
EDITORS' PICK
House energy committee chair Arroyo bats for cheap electricity
Karding damage to infrastructure at P23M
Bongbong Marcos says PH ‘open for business’ with new Clark Airport terminal
Individuals affected by ‘Karding’ now over 157,000
Reignite your passion with the vivo Y35
Newbie gamers are in for a treat with the power-packed feature of vivo Y16
MOST READ
Angelica Panganiban ‘duguan, sugatang mom’ one week into breastfeeding
LPA enters PAR, may develop into tropical depression
Badoy not with Office of the President, NTF-Elcac, under Marcos admin — solon
Charges readied vs gov’t guard with P290-M deposits
Don't miss out on the latest news and information.