NEW YORK — In the calm before the Christmas storm at the box office, “Ralph Breaks the Internet” remained No. 1 for the third straight week, while the upcoming DC Comics superhero film “Aquaman” arrived with a cannonball-sized splash in Chinese theaters. 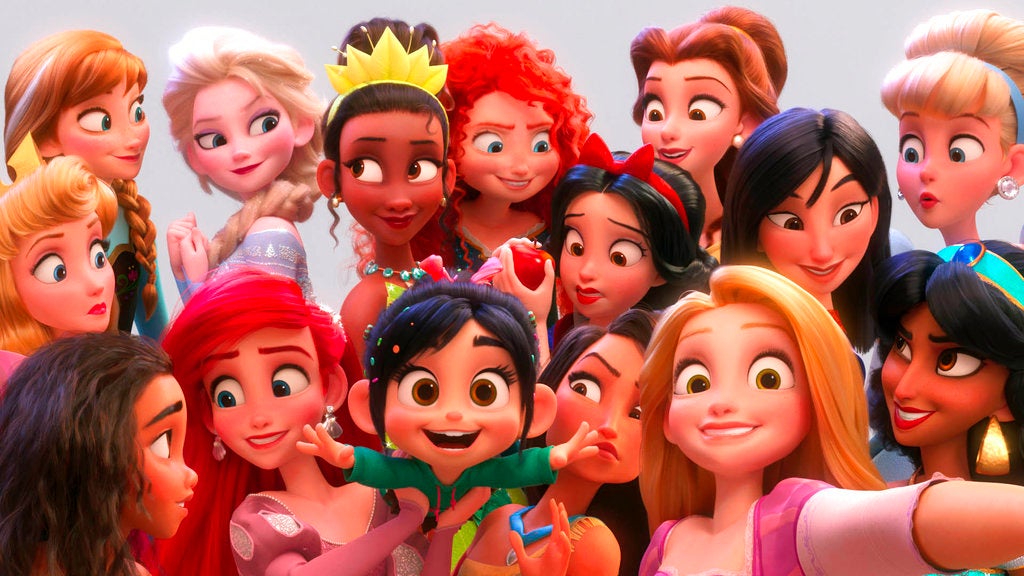 This image released by Disney shows the character Vanellope von Schweetz, voiced by Sarah Silverman, foreground center, posing for s selfie with Disney princesses in a scene from “Ralph Breaks the Internet.” Image: Disney via AP

For the second week in a row, no new wide releases opened in North American theaters, allowing Disney’s animated sequel to again lead domestic ticket sales with $16.1 million, according to studio estimates Sunday.

The top six films at the box office were all unchanged. Universal’s “The Grinch,” still a major draw in its fifth weekend, trailed in second with $15.2 million.

But the weekend’s biggest new arrival was in China, where Warner Bros.’ “Aquaman” debuted with $93.6 million in ticket sales. That marked a new opening-weekend record for both Warner Bros. and DC in China. Considering the checkered recent history of DC films (“Justice League,” ”Suicide Squad”), the big launch in China was a promising sign for the spinoff starring Jason Momoa.

“Adding to the success of ‘Wonder Woman,’ this is a really solid performance and portends big numbers for North America in two weeks when it opens,” said Paul Dergarabedian, senior media analyst for Comscore. “This is a movie, along with ‘Mary Poppins Returns’ and ‘Bumblebee’ and other movies, that’s going to give December that boost that a ‘Star Wars’ movie would give us.”

“Aquaman” will expand to 40 international countries next week and arrive in North American theaters Dec. 21.

“Aquaman” wasn’t the only big-budget holiday season release receiving a lift this week. Paramount’s “Transformers” prequel “Bumblebee” played a one-night sneak preview in 326 theaters nationwide ahead of its Dec. 21 release.

Disney’s “Mary Poppins Returns,” due out Dec. 19, also helped its cause with four Golden Globe nominations Thursday, including best picture, comedy or musical, and acting nods for Emily Blunt and Lin-Manuel Miranda.

The feel-good interracial road trip period tale “Green Book” fared even better at the Globes (five nominations, including best picture, comedy or musical, and acting nods for Mahershala Ali and Viggo Mortensen) and had good results at the box office to show for it. In its fourth week of release, “Green Book” held with a rare 0 percent drop, earning $3.9 million in 1,181 theaters. It has grossed $20 million in total.

A more traditional royal drama, “Mary Queen of Scots,” also opened strongly in limited release. The Focus Features title, starring Saoirse Ronan as Mary Stuart and Margot Robbie as Elizabeth I, debuted in four theaters with a robust $50,045 per-theater average. Lis Bunnell, president of distribution for Focus, said the film’s modern spin “made it resonate with audiences in a powerful way paralleling so much of what is still going on today for women.”

To commemorate the 25th anniversary of Steven Spielberg’s “Schindler’s List,” Universal re-released the Holocaust epic in 1,029 theaters. But it failed to turn out large crowds, grossing a modest $551,000.

Next weekend, the box office is expected to be significantly busier with the release of “Spider-Man: Into the Spider-Verse,” ”Once Upon a Deadpool” and Clint Eastwood’s “The Mule” and “Mortal Engines.”

‘Ralph’ repeats as No. 1, ‘Crazy Rich Asians’ flops in China