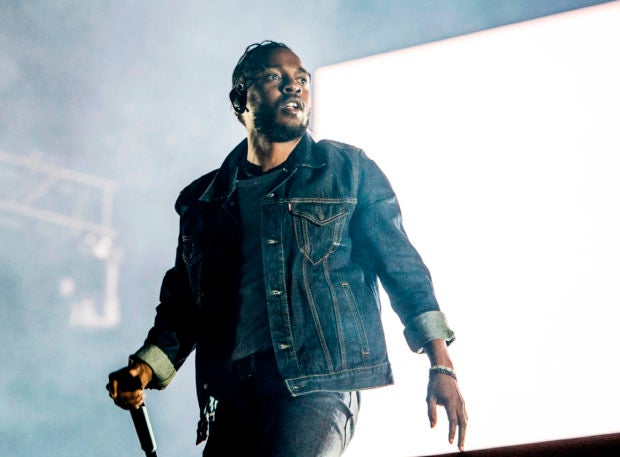 In this July 7, 2017, file photo, Kendrick Lamar performs during the Festival d’ete de Quebec in Quebec City, Canada. Lamar was nominated for a Golden Globe for best original song for “All the Stars,” from the film “Black Panther”. He shares the nomination with Anthony Tiffith, Mark Spears, Solana Rowe and Al Shuckburgh. The 76th Golden Globe Awards will be held on Sunday, Jan. 6. Image: Invision/Amy Harris via AP

LOS ANGELES (AP) — The Golden Globe nominations recognized Lady Gaga and Bradley Cooper’s talents as actors, but Thursday’s announcement also came with a nod for their soulful duet “Shallow” from “A Star is Born”.

Cooper and Gaga were each nominated for best drama acting honors for their performances in “A Star is Born”,  and Cooper also earned a directing nod.

“Shallow” co-writer Mark Ronson received his first Golden Globe nomination for his work on the song. He told The Associated Press he sent text messages to Cooper and Gaga telling them both, “Thank you, thank you, thank you.”

“When you go into writing a song for a movie like this, you hope that it’s good enough to make it in the film. But to be nominated is amazing,” said Ronson, who learned about the nomination after taping a talk show with Miley Cyrus in London. “It’s just a really good song. The way (Gaga and Bradley) performed the song takes it to another level.”

Gaga said in a statement, “The film has truly been a passion project for everyone involved and we’ve all become a family.”

Lamar, a Grammy winner, and SZA became first-time Globe nominees for their song from the Marvel Studios blockbuster “Black Panther”. The superhero film also received a nomination for best original score along with “A Quiet Place”, ”Isle of Dogs”, First Man” and “Mary Poppins Returns”.

“It’s a nice surprise to be woken up. I thought it was another evacuation,” said “Quiet Place” composer Marco Beltrami, who had to evacuate from his studio for a week during a massive Southern California wildfire last month.

Dolly Parton and Linda Perry were nominated for “Girl in the Movies” from the upcoming film “Dumplin”, while Annie Lennox was recognized for “Requiem for a Private War” from “A Private War” and Troye Sivan and Jónsi for “Revelation” from “Boy Erased”.

“Black Panther” composer Ludwig Goransson said he was awakened by his wife who flashed her phone in his face with the news.

“I’m just really proud, but totally surprised,” said Goransson, who worked with Childish Gambino on “This Is America”. ”You never want to take anything for granted, especially in this business.”

Troye Sivan and Jónsi said it was an incredible honor to create the song “Revelation” for the film “Boy Erased” in hopes of spreading the message of love.

Hart steps down as Oscars host after outcry over old tweets