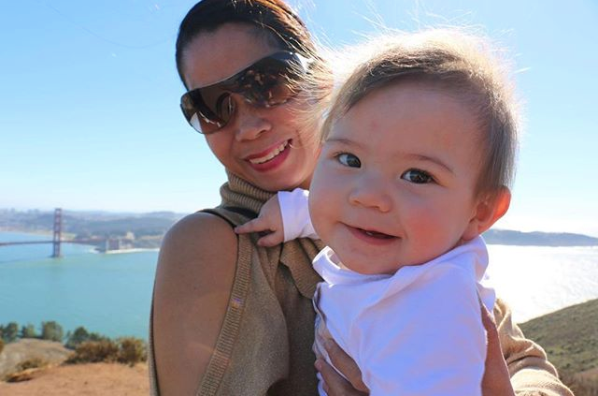 On Monday, Dec. 3, she posted a picture of an elephant’s wounded legs in chains.

(I promised to myself and to Malia that I would never let her watch animal shows or circuses like this!)

Locsin had an idea on how to deal with trainers abusing animals for entertainment. “Itali rin kaya natin yung trainer nya maiba lang #notocaptivity,” she suggested. (Let’s tie up the trainer for a change.)

(True, then starve them and whip them! I wonder what they would feel?) 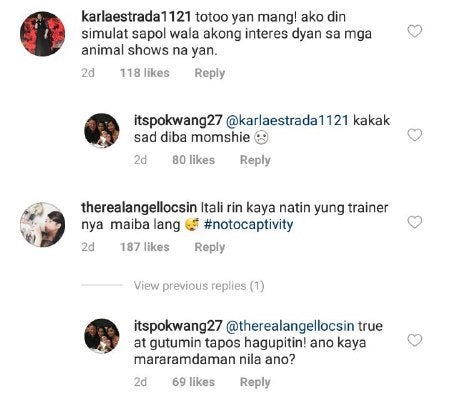 Animal rights groups have long opposed the exploitation of animals in circuses. According to the People for the Ethical Treatment of Animals (PETA), elephants are torn from their mothers when they are young and are chained in cages year-round, with a lack of basic needs given to them. Animals in circuses are trained through beating, electric shocks and whips, according to the PETA Asia website.

All this harms them both physically and psychologically since elephants are social animals—in the wild, females and the young roam in herds.

With pressure from animal groups and dwindling public support, America’s best-known circus–the Ringling Bros. and Barnum & Bailey Circus–shut down in 2017. It retired its performing elephants in 2015 after viral videos from PETA showed a handler hitting elephants with a pointed stick.  /ra