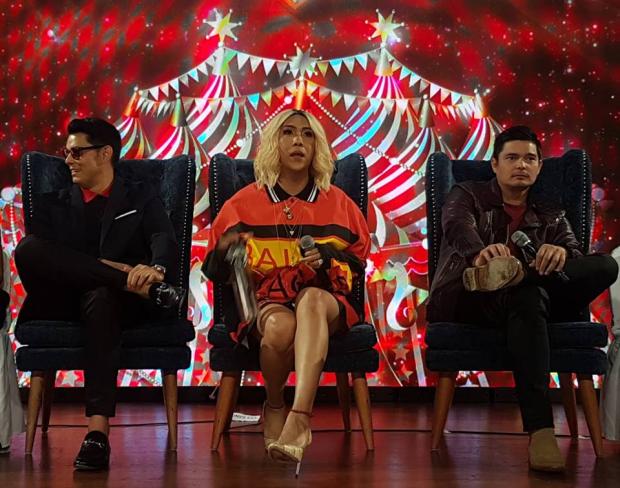 A powerhouse of cast led by Vice Ganda, Richard Gutierrez and Dingdong Dantes will star in “Fantastica,” one of the entries in the 2018 Metro Manila Film Festival (MMFF) to be held this December.

Directed by Barry Gonzalez, the comedy film serves as the first movie team-up of the three bankable stars, who will be joined by Bela Padilla, Ryan Bang, and award-winning actress Jaclyn Jose. 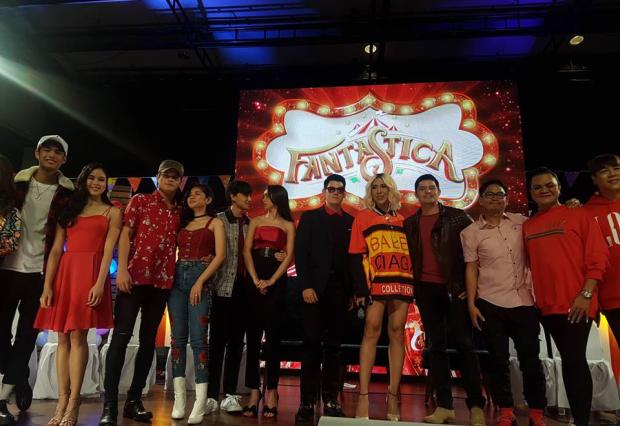 The cast of “Fantastica” gather on stage at the media conference for the 2018 MIFF film entry. (Photo by KRISSY AGUILAR / INQUIRER.net)

In a media conference at the Dolphy Theater on Tuesday, Vice Ganda assured that everyone would have “a great time watching Fantastica.”

[I’m not afraid that some of you might not laugh and walk out. I assure you: You will laught. There are scenes in the movie that will make you all laugh.]

[When I arrived on the set, on my first day, Vice told me: “Let’s just enjoy ourselves.”]

And Vice quickly proved they would.

[True enough, in our first, he had this one line that made us all laugh.]

[Imagine, even we who are doing the roles are laughing hard. I assure you that you will enjoy yourselves when you watch the whole movie.]

Gutierrez, who echoed Dantes’ sentiments, saying it was the first time he made comedy film with Vice Ganda.

The Kapuso-turned-Kapamilya actor said what made the movie enjoyable was the “dynamics” of the cast: “Kakaiba yung mapapanood ninyo kasi yung cast din talagang mahuhusay.”

[You’ll see something different here because the cast members were really good.]

“Fantastica” tells the tale of Bellat, played by Vice, who wants to rebuild his family’s carnival to save it from bankruptcy.