Actress Kate Siegel and husband-filmmaker Mike Flanagan seem to have paid tribute to the Netflix horror series “The Haunting of Hill House” in welcoming their daughter. 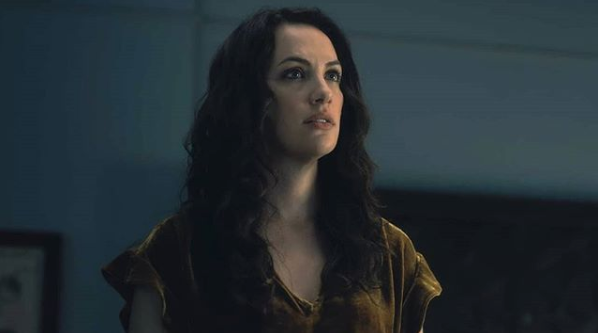 Kate Siegel as Theo in “The Haunting of Hill House”  (Image: Netflix)

“Mom and baby are both fantastic, tired, and so, so happy,” he said.

Today, Kate and I welcomed our daughter, Theodora Isabelle Irene Flanagan, into the world. Mom and baby are both fantastic, tired, and so, so happy.

Their daughter is their second child together, while Flanagan has an older son with a previous wife.

Flanagan created the show, which is based on the eponymous 1959 novel by Shirley Jackson. In the adaptation, a family of seven lived in Hill House and had paranormal experiences that haunted them into adulthood.

Siegel starred in the ensemble cast as the adult Theodora “Theo” Crain, the middle child among five siblings, who is a child psychologist. She tries to keep a level head while she and her family deal with the trauma of Hill House.

Love and fear coalesce in ‘The Haunting of Hill House’