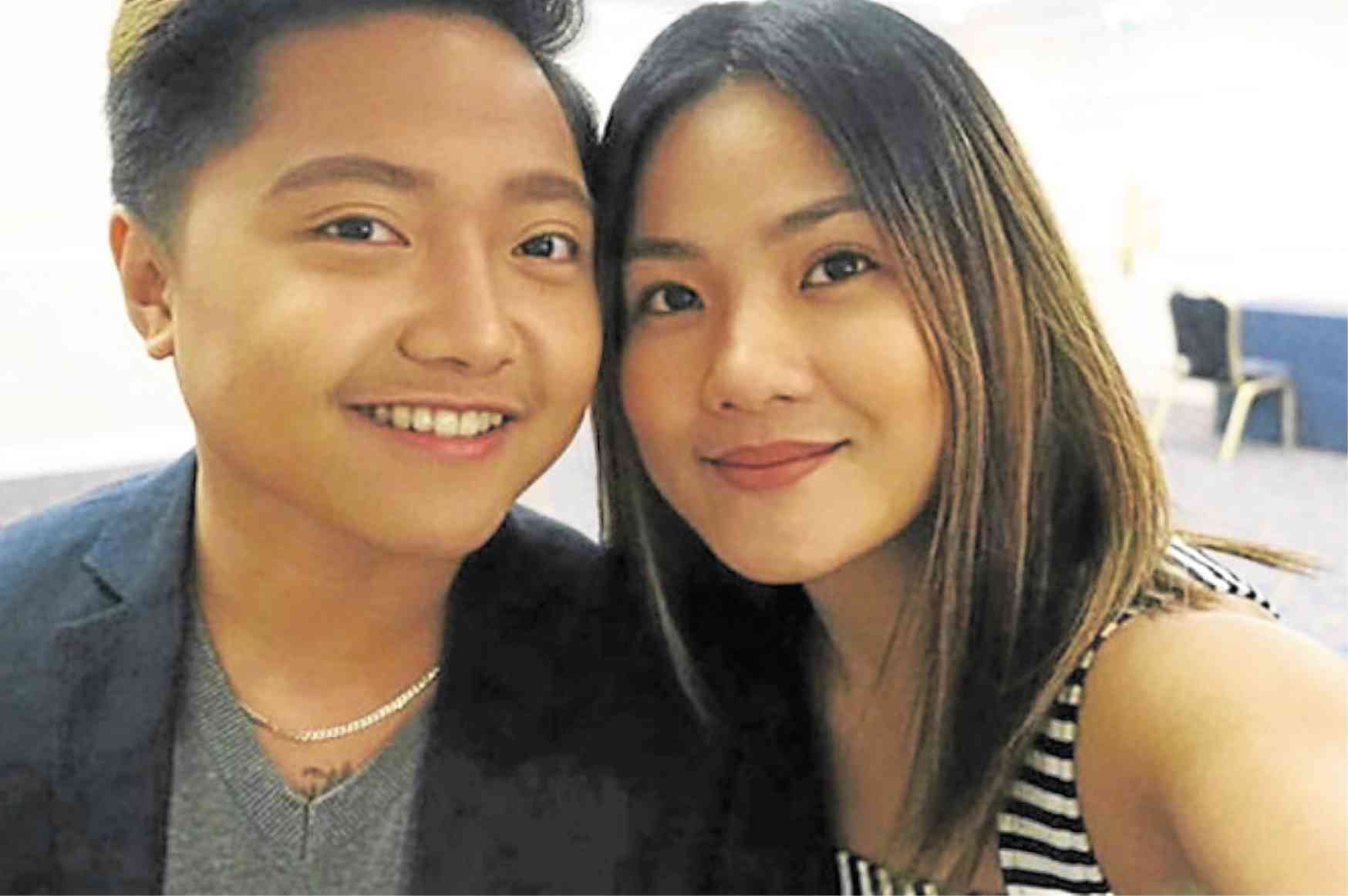 “Nanginig!” Jake Zyrus said, chuckling, when asked how he felt after popping the question to his nonshow biz girlfriend, Shyre Aquino. “It was unlike anything I have ever felt before.”

The singer, who made his relationship with Shyre public more than a year ago, said he didn’t have any doubts and felt nervous before proposing. He was sure that the love they have is a “two-way street.”

“It was a dream come true,” he told reporters at a recent press conference for “Frontrow Cares,” an upcoming charity music festival he will take part in. “I have always imagined spending my life with someone who loves me, understands me and supports me.”

After all, Jake said, he isn’t one to get into relationships just for fun.
“I don’t go out with someone to be pabebe—I try to see my future with that person. Settling down is something that has been in my mind ever since,” he related.

The 26-year-old recording artist declined to divulge too much about the couple’s engagement—when, where or how it happened—saying that they wanted to keep this special moment between them for now. “We didn’t intend to let everyone know about it. But being in show biz, some things do get out, somehow.”

He did let on, however, that he and Shyre (a nutritionist and fitness instructor) are thinking of getting married abroad, and perhaps hold a symbolic ceremony here in the Philippines in the future.

“We’re not sure yet if it’s really going to happen next year,” Jake said. “What’s important is that this engagement is a commitment. We did it as our way of saying that I’m hers and she’s mine. It’s a symbol of our loyalty.”

Asked if he thinks his mother, Raquel Pempengco, will attend their wedding, Jake gave a knowing smile.
“I’m not sure. You know what my life has been like so far,” he said of her mom, with whom he has a tempestuous relationship.

He can’t quite pinpoint the one thing that makes Shyre different from the other women he had previously dated.
“She [is] just… different,” he said, adding that his fiancée makes him feel good about himself—emotionally, physically, mentally.

“I guess that’s one of the qualities that made me realize that she is for keeps. She knows that I get depressed, that I deal with anxiety and many insecurities. But she just gets it—she’s very patient. And, of course, love is a given,” Jake said. “I also love how we deal with the bad times.”

Are they already thinking—and considering different means—of having a baby? “One step at a time… Sa dalawang aso nga namin, hirap na kami!” he jested.

Proceeds of the show will go to different charities and foundations, including Anawim—a facility for poor, abandoned elderly people.

“I’m very happy. The project is close to my heart, because it has always been my dream to help people in need. I’m grateful for the opportunity,” said Jake, who was personally chosen by Frontrow cofounder RS Francisco.

“I admire Jake and wanted to make sure that he’s part of the show, especially because the event will also benefit LGBT groups,” RS said.