The growing pains of being Alessia Cara

NEW YORK — One day Alessia Cara got a request from a friend: Write a song about my breakup.

“He was like, ‘Listen, I’m not a songwriter, I’m not good at writing. Could you maybe one day … write a song about somebody falling out of love with you?'”

The concept had been in the back of Cara’s mind, and when she was in a studio without a topic to write about it, she took a stab at her friend’s wish. 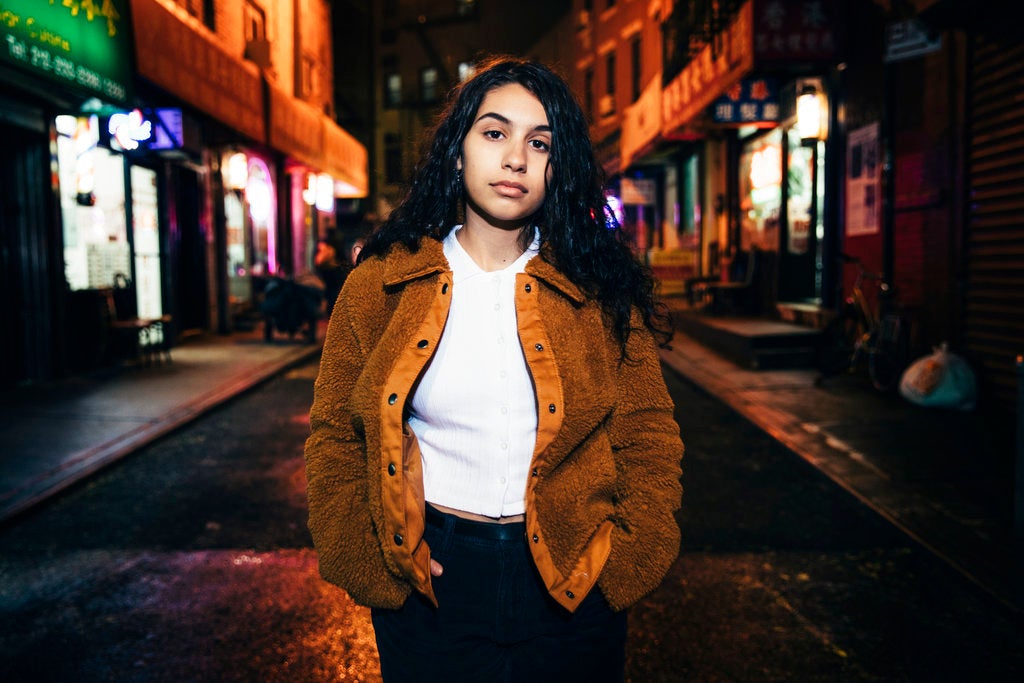 In this Nov. 19, 2018 photo, singer Alessia Cara poses for a portrait in New York. Cara, who won the best new artist Grammy Award this year, releases her sophomore album, “The Pains of Growing,” on Friday, Nov. 30. Image: Victoria Will/ Invision/AP

Ten minutes later, she birthed “Out of Love,” an airy, slow and personally deep song. She called the making of it “one of those weird cosmic things that just happened.”

“I played it for my friend and he got very emotional and he was like, ‘Thank you!’ And he actually got back together with the girl after that song. It’s a magic song.”

Cara said it was the first song she’s written from someone else’s perspective. But she said it was easy to pull from her own experiences — and pain — to relate to the song.

You’ll be able to hear about her pain — or “pains” — on her new album, from her own breakup to learning how to be happy alone to — simply put — growing up.

“I was 18 when I first started in the industry — it’s hard enough to figure yourself out at that age, but then to figure yourself out in front of many people with so many eyes on you and ears on you is very challenging,” the 22-year-old said. “That was causing a lot of strange dissonance within myself. It was making me just really confused.”

With all the success comes criticism, and Cara got her fair share of it. When she won the best new artist Grammy earlier this year, some felt she didn’t deserve to win over acts like SZA and Khalid. And even this week, the singer took a short break from social media after she posted the nasty comments she has received from people online, including words like “ugly,” ”fat” and others we won’t print here.

But she rose above the hate and returned to social media to celebrate the release of “The Pains of Growing,” out on Friday. The album is all about coming out on top after dealing with hard times.

“The second I wrote ‘Growing Pains,'” she said of the album’s opening track, “I knew what the premise of the entire album was going to be. I think that’s because, honestly, I was going through a lot of different feelings and experiencing many different feelings, a lot of which had to do with some sort of pain. It sounds very dark but it’s the truth.”

“(It) was my way of finding [a] silver lining … and reminding myself that every type of pain is something that we can grow from,” she said.

The Canadian artist started writing most of the album before she won the Grammy, so she said that negativity didn’t affect her music.

“I was like, ‘Thank God, because I don’t know how I would have reacted otherwise.’ At the same time, I think the backlash about the Grammy just made me want to prove people wrong a bit more,” she said. “I want to prove to people and to myself that I deserve to be here.”

Warren “Oak” Felder, who produced both of Cara’s albums, said he was deeply impressed by the way she tackled her follow-up album.

“I think the first album was such a process of, ‘Well, these people want me to do this’ and ‘the label wants me to do that’ and ‘this writer wants me to do this’ and ‘this is the sound that they want me to do,’ and here’s me trying to incorporate myself into all of this,” he said. “And this album was just purely her. Like, ‘This is what I wanted it to sound like. This is what I want to talk about it.’ She literally wrote every song on the album 100 percent on her own.

“Going from one form to the other, it’s like watching someone go Super Saiyan,” he added.

Cara’s new album expands her sound even more than her debut. You can’t put her music in a box if you tried: She goes from positive pop to acoustic singer-songwriter to R&B, sometimes a couple of those sounds in a single song.

She takes on an old-school, doo-wop style on “Comfortable;” she questions where we are in the world on “7 Days;” and she makes a number of pop culture references on the album, namedropping the iconic series “Friends” on “Wherever I Live,” and on “Nintendo Game,” she references Zelda and sings: “And so we treat love like it’s a Nintendo game, but nobody wins.”

“I think people have labeled me as this conscious pop star who’s always preaching about something, which I think can be true … but I don’t think that’s all I make. I’m not always preaching to the choir,” she said. “I’m a versatile person.”

Regardless of how she’s been labeled, her music has helped her build a strong fan base and she’s become a strong role model for young boys and girls, who often thank Cara for her honest lyrics and positivity.

“It’s pretty baffling, in the best way, to know that your music has done that for somebody so personally and so directly,” she said. NVG