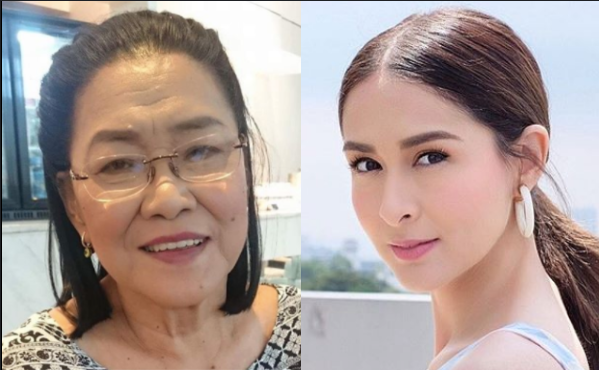 When Marian Rivera and Dingdong Dantes announced last September that she was pregnant with their second child, it was not just their most fervent of fans who were joyous over the news, but also veteran talent manager and columnist Lolit Solis, among many others.

The celebrity couple announced last Nov. 25 that they were having a baby boy and for Solis, she could not help but comment how beautiful Rivera is on her second pregnancy—though it seems it needed not repeating, as many would agree Rivera is undoubtedly one of the most beautiful faces to ever grace the screen.

For Solis, Rivera’s second pregnancy is a blessing to the Dantes family, as they slowly expand their growing kin. “At buo na ha tatay, nanay, baby girl at baby boy.”

She also commended Dantes and Rivera for being hands-on parents to 3-year-old Zia.

Heaven, as per Solis, truly favors the good people and she believes this is why the couple remains blessed.

“Siguro iyon ang dahilan why all wishes of Dong and Yan are granted, their dreams given, dahil they’re good people and good parents.”  /ra