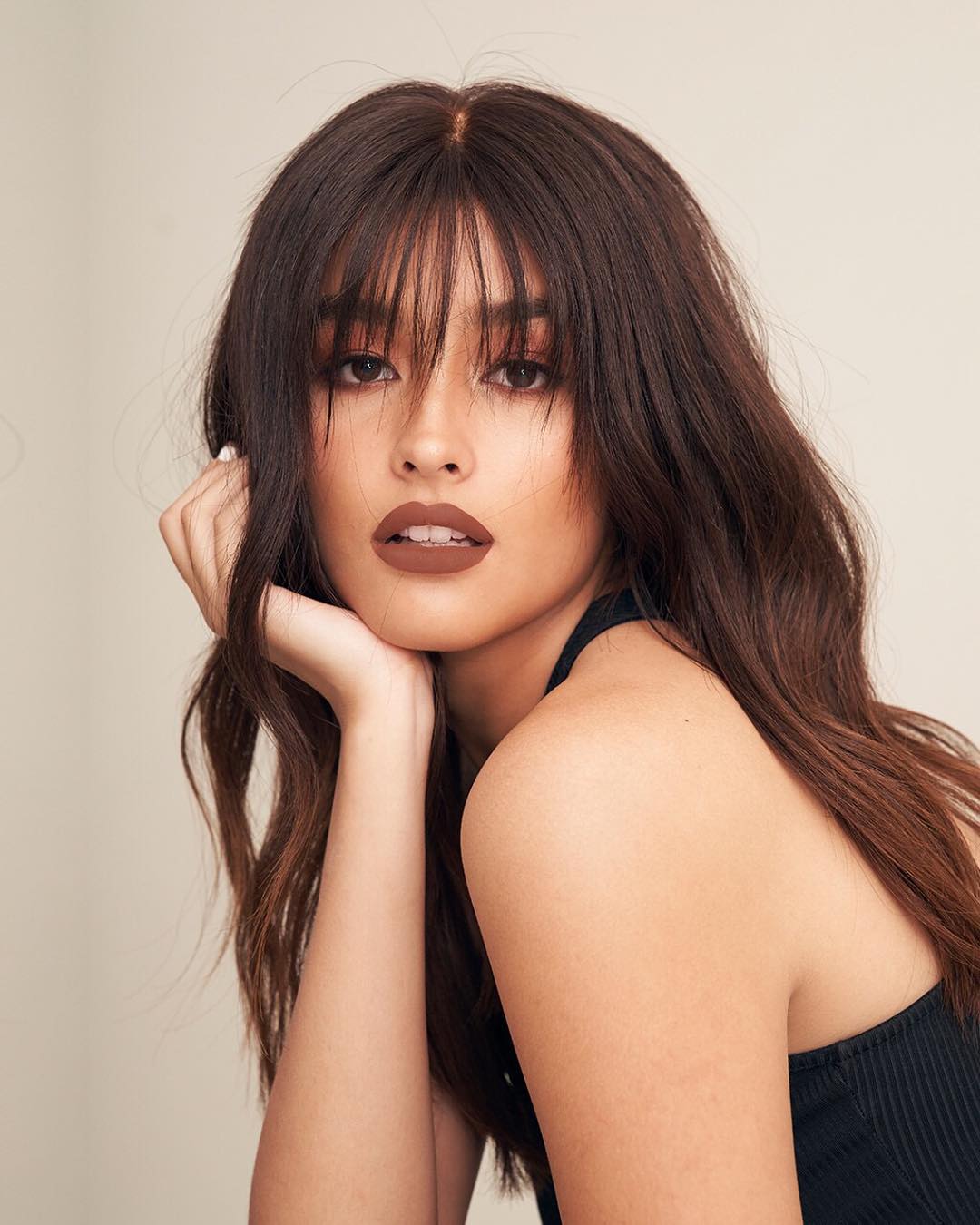 Even celebrities have their fandoms and their own fans delight in the idea that their favorite artist is a fellow fan of another artist.

Such was the case with Liza Soberano when she tweeted about being a fan of K-pop star J-Hope of the internationally popular boy group BTS.

Soberano surprised her own fans when she tweeted a reply on Nov. 23 to a tweet posted on the official BTS Twitter account. She wrote on the tweet that featured two photos of J-Hope, “I’m your hope, you’re my hope.” 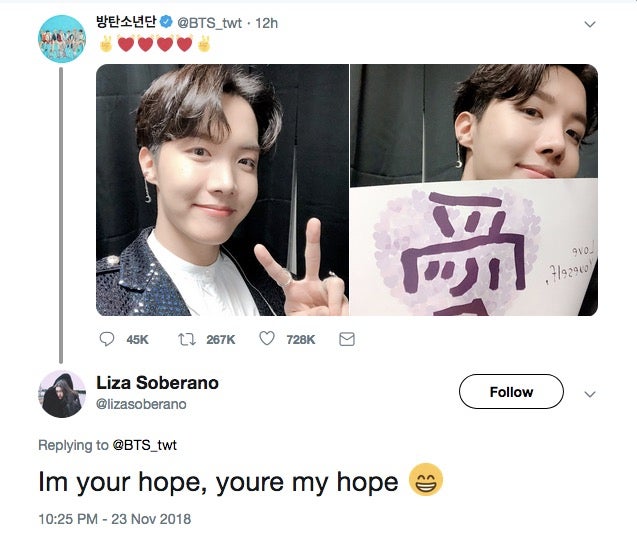 Fellow BTS fans and also fans of Soberano rejoiced that their favorite star also followed the same K-pop idol. Her tweet was then flooded with replies that featured GIFs of J-Hope.

Twitter user RD MB (@roleisdope311) welcomed Soberano as another recruit to the growing BTS ARMY. “ARMY” is the nickname referring to the fans of BTS.

Another fan, user mimay (@13jiminapples), noted that if J-Hope took note of her, then Soberano would be a “winner.”

K-pop has taken a strong foothold in the international music scene and includes Filipinos as part of its ever growing fan base. Other celebrities into K-pop include Anne Curtis, who is a big fan of boy group EXO, and Ella Cruz, who follows BLACKPINK.  /ra