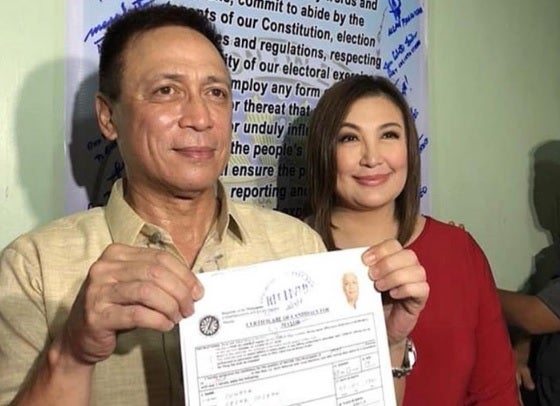 Sharon Cuneta defended her brother Chet, who is running for Pasay City mayor in next year’s elections, for bagging an endorsement from President Duterte.

The Megastar proudly showed a photo of Chet, where his hand was raised by the President in support of his candidacy. This happened at Malacañan Palace Friday afternoon, as per her Instagram post, which has since been deleted.

(There are some candidates who post an old photo with the President that was taken in a restaurant. It’s shameful for some who are so full of themselves.) 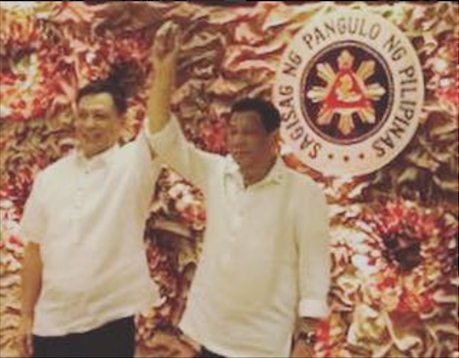 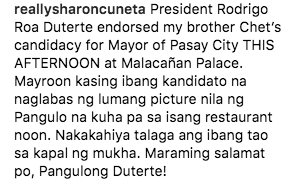 However, this did not sit well with some netizens. One @liamm2018 branded the Megastar as an “enabler” and a “Dutertard.” “Well, what do you expect from a privileged actress who adored one of the greatest thieves in the world: The Marcoses!” he added, supposedly attacking her political affiliation.

Cuneta acknowledged his comment, and corrected him that although she was born privileged, she “worked my butt off and vomited blood, sweat and tears.”

“My brother has been a pilot living a simple and honest life as a pilot for 35 years,” she defended Chet. “Pres. Duterte has been the only one who could have brought my brother to the attention of certain voters.” 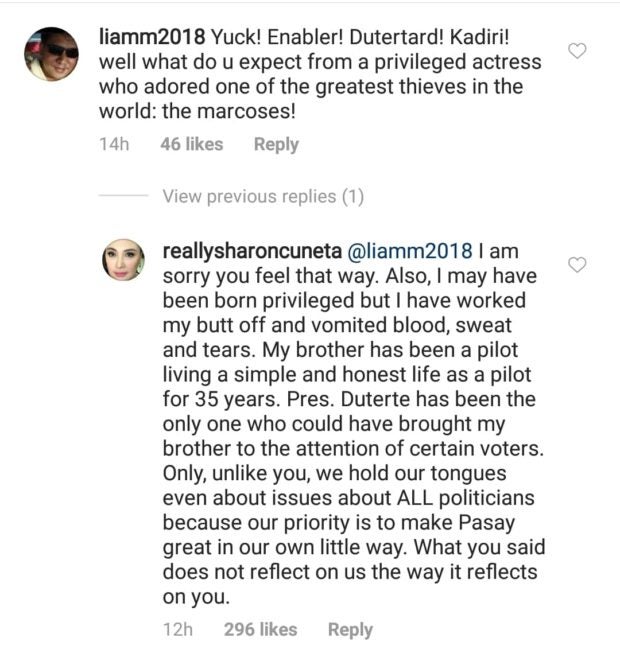 Another netizen, @ggrmb,  said those candidates who are endorsed by Duterte will not get his/her vote. Cuneta replied that her brother “is running for mayor of a city who needs someone like him.”

“How and who else could he have been endorsed by who holds a higher position than the President of this country who won by a landslide, like him or not?” Cuneta asked. “My brother means well and only has the best intentions of the city.” 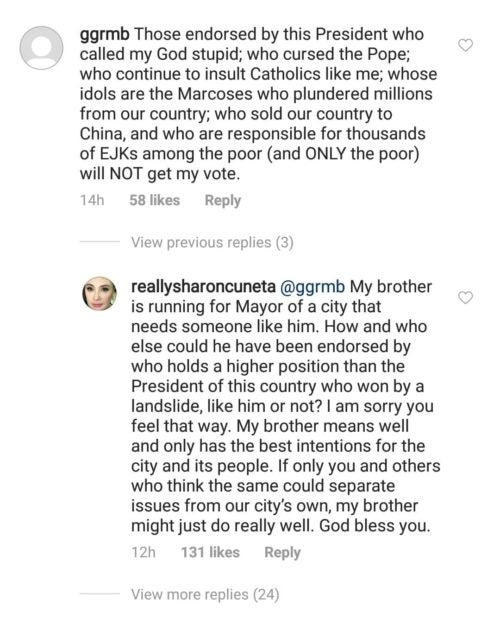 While the two chided Cuneta, one @maritess12_10 posted a simple reminder to those who will vote in the 2019 elections: “WAG BUMOTO DAHIL LANG NA [E]NDORSE NG IDOL [NIYO] (Don’t vote just because your idol endorsed him/her)!” she said.

The actress said she believed in what the netizen said, and encouraged her to look at the records and cases of Chet’s opponents. “Then, if by God’s grace my brother wins, watch every single thing he does for the city and the people of Pasay City,” she added. 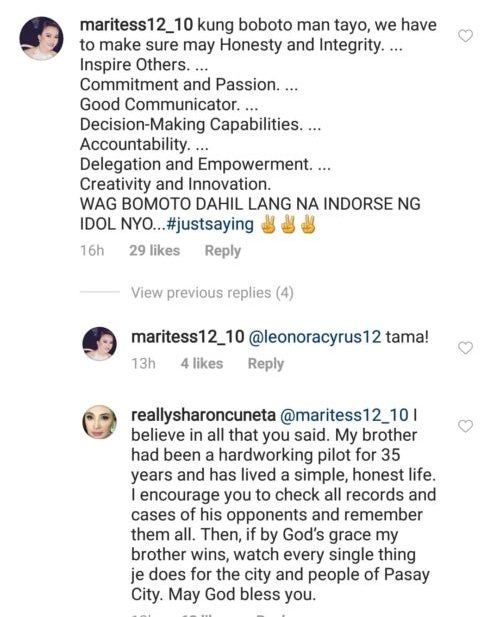 And in the netizen’s comment, Cuneta’s friend Kris Aquino said that she sends the Megastar a “virtual hug.” “Who will support each other unconditionally BUT  siblings?” she added. 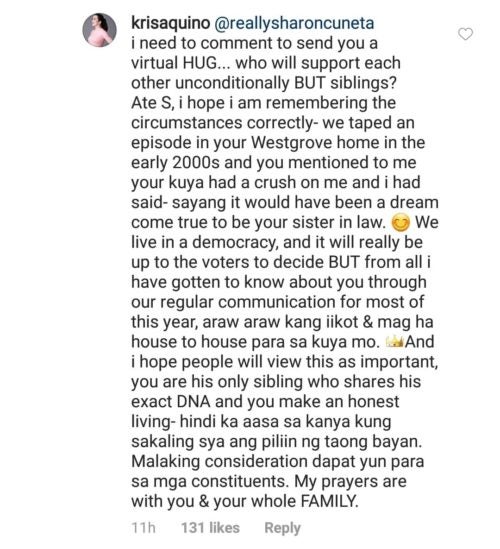 Chet is running under the banner of the Nationalist People’s Coalition (NPC). If he wins, he follows the footsteps of their father Pablo, who served as Pasay city mayor in a span of 41 years—the longest in Philippine history.  /ra

Duterte says he has no personal grudge against Pangilinan