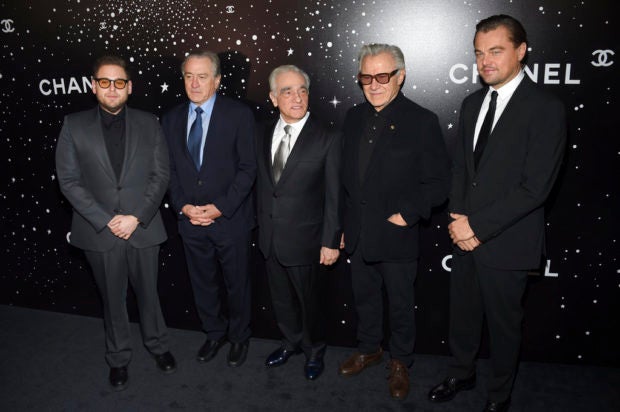 NEW YORK — Many young boys grow up with superheroes adorning their walls. Jonah Hill grew up with a picture of Martin Scorsese on his.

The actor related the poignant anecdote at a star-studded benefit Monday evening at the Museum of Modern Art, honoring the celebrated director both for his contributions to both cinema and to film restoration and preservation.

“You might not even understand how often just the image of you creates young people who want to be filmmakers every single day,” said Hill, who worked with Scorsese on “The Wolf of Wall Street” and just released his directorial debut, “Mid90s,” last month.

Hill added: “As far as I’m concerned that’s the coolest thing in the entire world. Thank you for just existing, because I am only up here because you did what you did.”

Also among the speakers at MoMA’s annual film benefit, which raises funds to bring great works of film to the museum’s collection, were Hollywood heavyweights Leonardo DiCaprio and Robert De Niro, two of the actors most closely associated with Scorsese.

DiCaprio, who’s appeared in five Scorsese films including “Shutter Island,” ”The Departed,” and “The Wolf of Wall Street,” also went back to his youth to describe the influence Scorsese, 76, had on him.

He told the audience how when he was just 15, and starting his journey as an actor, his father took him to a movie theater for inspiration.

“He pointed at the screen, and as the reels of ‘Goodfellas’ began to spin, he said, ‘This is the epitome of modern filmmaking,'” DiCaprio recounted. “‘This is someone who you may be lucky enough one day to work with, and when it comes to directors, Martin Scorsese is where the bar is set.'”

The actor added that from that moment, “I made it a goal, I made it a relentless ambition to work alongside the master we’re celebrating here tonight.” The pair is about to start on its sixth collaboration, the crime thriller “Killers of the Flower Moon.” 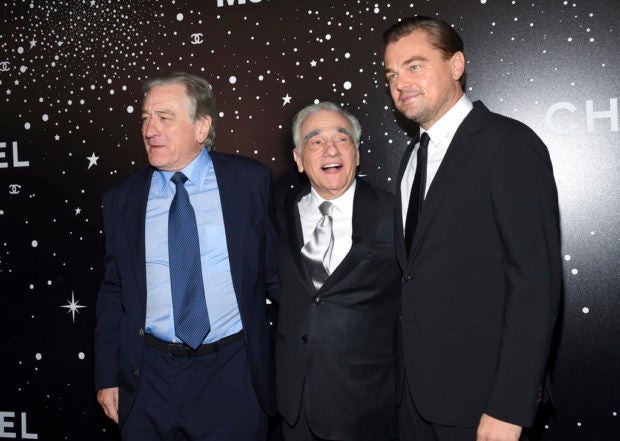 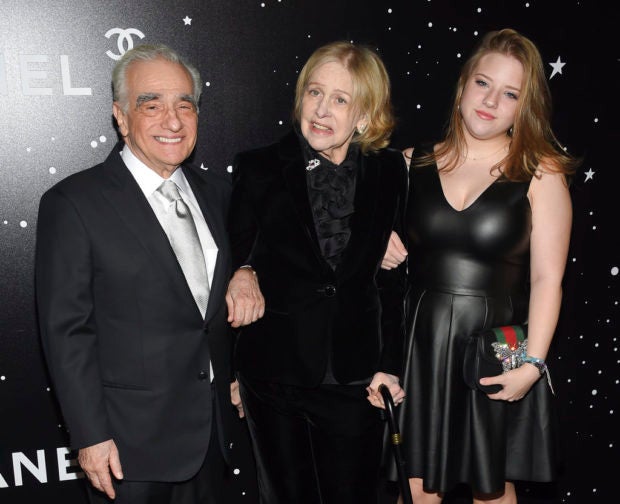 DiCaprio also spoke of Scorsese as a lifelong teacher, from his constant on-set references to film history to his efforts to restore and preserve old films with The Film Foundation, which he founded in 1990.

“No one on earth has so relentlessly pioneered the salvation of movie history with such commitment the way Martin Scorsese has,” DiCaprio said.

De Niro, who’s made nine feature films with Scorsese, including classics like “Taxi Driver,” ”Raging Bull” and “Goodfellas,” spoke of the director’s many years of friendship.

“Marty’s gift for friendship is directly related to his many gifts for filmmaking,” the actor said. The director has, he said, “a giant heart that understands and embraces every character he helps us create, and every story he tells.”

De Niro also quipped to the crowd that Scorsese’s first career ambition was to be a priest. “My theory was that he changed when he realized that being a priest meant serving God, but being a director meant BEING God,” he said.

Hill told the story of how Scorsese had instructed an actor in “The Wolf of Wall Street” to punch him for real, because the fake punches were looking, well, fake.

Hill noted that he had adopted that technique for “Mid90s,” but Scorsese, when he came to the podium, jokingly admonished him. “I wouldn’t advise that for young filmmakers,” he said. MKH