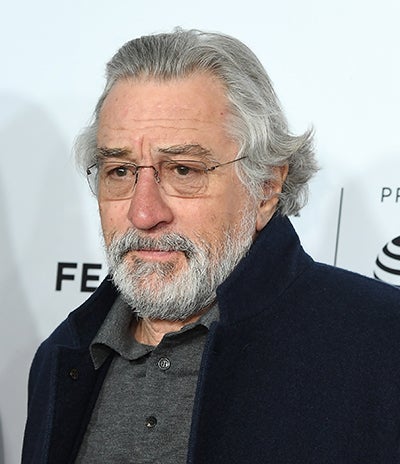 Legendary actor Robert De Niro is in negotiations to feature in an origin story about DC Comics’ Joker, while Frances Conroy (“American Horror Story”) is expected to become the supervillain’s mother, one with a surprising Batman connection.

The TV personality, thought to be a new character named Murray Franklin (per That Hashtag Show, June 2018), would “play a part in driving Phoenix’s character to go mad and become the Clown Prince of Crime,” so says Variety‘s report.

The role even “has ties to De Niro’s [1983] film ‘King of Comedy’, about a failing comedian who kidnaps a popular talk-show host to gain fame.”

As De Niro’s character flips the script on “King of Comedy”, another supporting role could be used to underline the connections between Joker and his bitter rival, vigilante superhero Batman.

That’s because Frances Conroy of “American Horror Story” and “Six Feet Under” is in talks to become the Joker’s mother, writes The Wrap.

Should she reach an agreement with Warner Bros’ representatives, Conroy would be returning to the DC Comics universe after appearing as a mysterious maternal figure in 2004 spin-off “Catwoman”; she’s also voiced Superman’s mother, Ma Kent, on two occasions.

While “Joker” character details were not offered within The Wrap’s report, another outlet, and one which predicted De Niro would join the cast back in June, brought its own angle to the casting news.

“We believe that [Phoenix’s character] will return home to live with his aging (perhaps dying?) mother,” That Hashtag Show suggests.

There he meets and falls in love with a single mother called Sophie, expected to be played by Zazie Beetz of “Deadpool 2” fame, and soon after begins “his descent into madness” for what should be an “exploration of a man disregarded by society [that] is not only a gritty character study, but also a broader cautionary tale.”

The site also points out that Thomas Wayne, father of Bruce Wayne, the Batman, is also to feature in the film, speculating that the Joker’s mother and Batman’s father are key supporting characters because they were at one point romantically involved, and that, in this retelling of the tale, the Joker and Batman may both be Thomas Wayne’s children.

With eight weeks of filming due to begin in September, “Joker” is earmarked for release on Oct. 4, 2019.

Todd Phillips, best known for frat pack comedies “Old School” and “Starsky & Hutch”, Zach Galifianakis movies “Due Date” and “The Hangover” trilogy, is to direct from a script co-written with Scott Silver of “8 Mile”, “The Fighter” and “The Finest Hours”. The legendary Martin Scorsese, who directed “King of Comedy”, is one of the producers. JB

Confirmed: Joaquin Phoenix will star as The Joker in the new origin movie

Read Next
WATCH: Taylor Swift slips during concert, shakes it off like a pro
EDITORS' PICK
Get exciting deals and discounts when you download the new McDonald’s App
China expands lockdown against virus, fast-tracks hospital
Palace: US Senate move also made Duterte junk VFA
Year of metal Rat: ‘Rooster’ Duterte warned of scandals
‘A greener, cleaner tomorrow’: A how-to guide for Filipinos who want to help with today’s energy crisis
SM continues to send relief assistance to remote towns in Batangas
MOST READ
No time for revelry; Tagaytay instead plans for alert level 5
Palace: US Senate move also made Duterte junk VFA
Countries with confirmed cases of coronavirus
172 Chinese tourists arrive in Bohol
Don't miss out on the latest news and information.