What MLTR loves about its Filipino fans 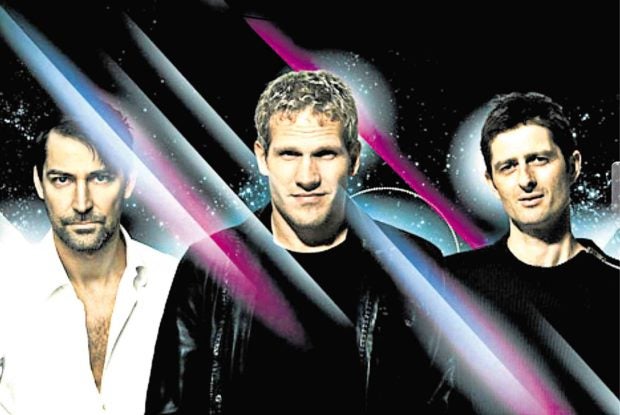 My good friend Renen de Guia, whom I fondly call Concert Producer King, is at it again. His Ovation Productions is bringing back Danish pop-rock band Michael Learns to Rock (MLTR) to the Philippines for a series of shows.

The multiplatinum-selling trio of Jascha Richter, Mikkel Lentz, and Kåre Wanscher will perform on Dec. 4 at the SMX Convention Center in Davao, Dec. 6 at Santa Rosa Sports Coliseum in Laguna, Dec. 7 at Waterfront Hotel Cebu, and on Dec. 9 at the Big Dome (call 911-5555).

It will definitely be a karaoke-like concert as Pinoys sing along to MLTR’s hits, such as “25 Minutes,” “That’s Why You Go Away,” “Paint My Love” and “Out of the Blue.”

MLTR’s path to success has never been about scandals, divorces or drugs; it has always been about great pop songs that resonate with people all over the world, especially Filipinos.

How does your band handle artistic differences? It’s basically a matter of mutual respect. Within our band, we often discuss artistic issues when we have different opinions, and we always end up with an agreement that everybody is happy about.

By listening to the other’s opinion and giving everybody a say, it always clearly shows what the best solution is. But sometimes, it takes forever to come to a point where we can all smile and move on.

What’s the craziest thing a fan has done for the band? Recently, a Danish fan taught her parrot to say my name!

Among all your hits, which one is closest to your heart? “The Actor” will always be very close to my heart, because it was our first hit song. It paved the way and opened doors for us in the music business.

What’s the craziest thing you did for love? I once invited a girl to go to Bali with me, even though she had a boyfriend!

What’s the naughtiest thing has the band done? MLTR is not a naughty band. We always behave.

What’s your take on lip-synching? It’s only good for TV shows—otherwise, it isn’t funny at all.

How has MLTR evolved through the years? As humans and musicians, we have become wiser and more experienced. Now, we’re able to express ourselves more. In terms of our music, MLTR will always be MLTR.

What’s next in line for MLTR? The “Still Asia Tour 2018” consists of 10 shows. After that, we’re flying home for Christmas. In 2019, we’ll still be touring, and maybe head back to the recording studio to record some new songs.

Too tempting to resist?

Could it be true that director Toto Natividad of ABS-CBN’s hit series, “Ang Probinsyano,” got an offer from GMA 7 that was too tempting to resist?

Is the grass always greener on the other side of the fence? Is the talent fee really bigger when a director or actor switches networks?