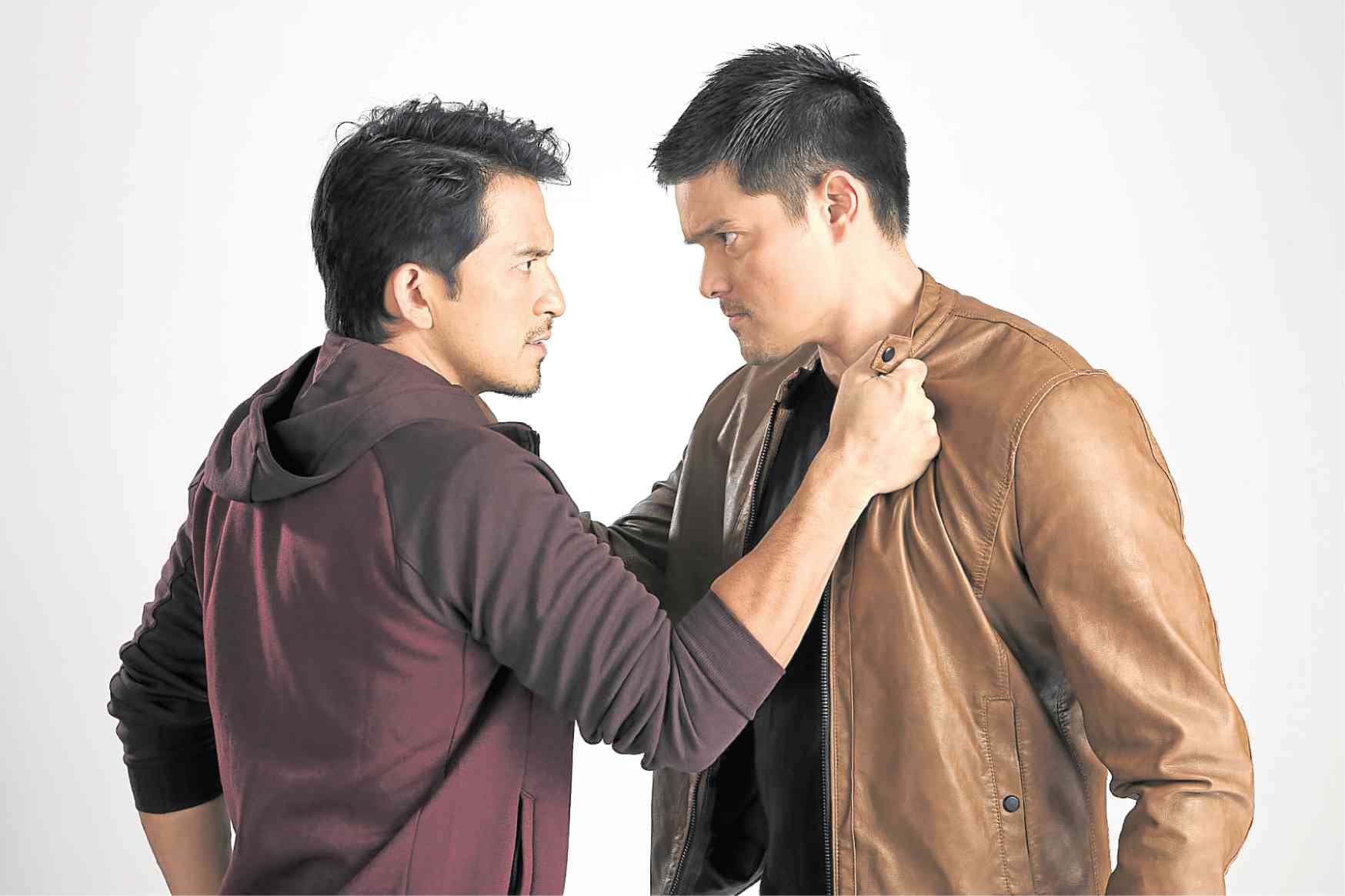 On Nov. 19, “Cain at Abel,” GMA 7’s new action-drama series, will be thrust into the same time slot as its rival network ABS-CBN’s “Ang Probinsyano,” which—in its more than three years on air—has adamantly refused to yield its seat.

And so, knowing full well that the program they’re going up against continues to consistently post strong ratings, the lead stars of “Cain”—Dingdong Dantes and Dennis Trillo—are keeping their expectations fairly reasonable and downplayed the thought of competing with the Coco Martin-starrer.

“I guess we can all agree that Coco’s show (‘Ang Probinsyano’) is in a league of its own,” Dingdong admitted to reporters at a recent press conference. “We’re happy for them, too. And it gives work to a lot of people.”

As actors, their job is to breathe life into the characters they’re tasked to play, Dingdong pointed out—not to fuss over the business side of things or monitor ratings.

“The challenge for us is to deliver the material and do our roles well,” he said. “That’s where our fulfillment comes from.”

“We’re not here to compete with anyone; I know that people have different tastes and wants,” he said. “And we hope to give them something new.”

“Pressured kami. We will be pitted against a show that has been receiving solid ratings for the past three years,” Dennis said. “But just the same, we gave our all and worked hard to give ourselves a fighting chance.”

“We just want to offer a quality product. We may not end up beating [‘Ang Probinsyano’], but I hope that we could at least get close to it,” Dennis added.

“Cain at Abel” follows the lives of brothers Daniel (Dingdong) and Miguel (Dennis), who were torn apart as kids. Daniel was raised in luxury by his businessman father, Antonio (Eddie Guttierez/Rafael Rosell).

Miguel, on the other hand, was taken by his mother, Belen (Chanda Romero/Yasmien Kurdi) to a remote fishing village after she caught the philandering Antonio cheating on her.

As fate would have it, the two men’s mutual affections and ambitions have them crossing paths years later—this time, at the receiving end of each other’s wrath.

The show is helmed by Don Michael Perez and Mark Reyes, with guest direction from—much to everyone’s surprise—Toto Natividad, who used to be one of the directors of “Ang Probinsyano.”

“It’s quite ironic … surprising. But I’m glad he’s here with us because I know he has a lot to offer,” Dennis said.

“We always welcome new talents. We’re grateful to have him,” Dingdong added.

“I have always wanted to work with our ‘Primetime King.’ He’s a director, too, so he’s very meticulous,” Dennis said. “He keeps me on my toes.”

Dingdong, meanwhile, said of Dennis: “I’m in awe of his body of work and career choices,” he said.

Read Next
Brian McKnight to serenade PH fans in 2-city concert series
EDITORS' PICK
EuroMillions Superdraw: A lottery draw unlike any other is coming to the Philippines
‘Justice will be done,’ Duterte assures as he vowed probe on Jolo incident to bare ‘truth’
Water remains our saving grace right now
Smart releases Hyun Bin’s second TVC
Current dominant strain of COVID-19 more infectious than original—study
DOLE: Return of OFWs’ remains from Saudi to be ‘delayed,’ deadline moved to ‘early next week’
MOST READ
Locsin warns of ‘severest response’ if China’s army drills in SCS ‘spill over’ to PH domain
Duterte tells military: No other president looked at you the way I did
BREAKING: Duterte signs anti-terror bill into law
Go apologizes for 5-on-5 game; PBA summons Japeth, ROS rookie
Don't miss out on the latest news and information.