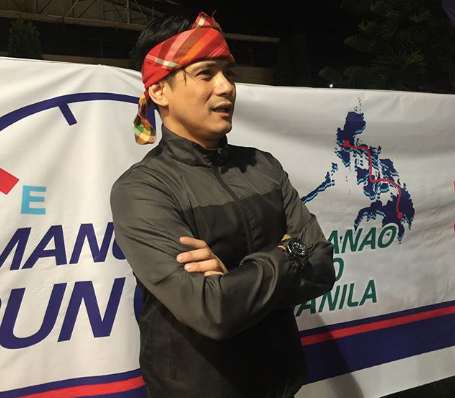 While Robin Padilla strongly supports President Rodrigo Duterte’s administration, the action star is not happy with the Supreme Court’s (SC) decision to exclude Filipino and Panitikan (Philippine Literature) from the core subjects in college.

The SC upheld the constitutionality of the K-12 program on Saturday, Nov. 10. It also declared valid the Commission on Higher Education’s (CHEd) memorandum which reduces the general education curriculum to a minimum of 36 units and removes Filipino and Panitikan from the list of the core subjects.

Meanwhile, the agreement signed last year between the Department of Education and the Embassy of the Republic of Korea to teach Korean language to public high school students is still in place.

Padilla took to Instagram today, Nov. 14 to express his disappointment over the news. Sharing a photo of a man holding the Philippine flag while being pierced in the back by American, Japanese and Korean flags, he said that the fulfillment of the ruling may divide the country.

Recounting the letters and works by the Ilustrados and Katipuneros, he alleged that removing Filipino is a way for foreign invaders to assume control of Filipinos.

“Ito ay matanda ng istilo ng mga tyrants! (This is an old style [of invasion] by tyrants!)” he stated. He noted that in order to control the citizens of the country they are invading, tyrants deny them their local culture, tradition and language.

Padilla asserted that while he supports the current administration, the news is unacceptable.

“Ako ay solid sa Duterte [administration] pero sa araw na ito ang Katipunan ay nagluluksa!” he said.  (I am a solid supporter of the Duterte administration, but on this day the Katipunan is mourning!)

Filipino professors from the University of the Philippines (UP), De La Salle University (DLSU) and University of Santo Tomas (UST) decried the SC’s ruling on Monday, Nov. 12. The educators noted that the decision will lead to at least 10,000 Filipino teachers may be either be laid off or have reduced teaching load. JB

Read Next
6 originals to stream on iWant for free
EDITORS' PICK
SM continues to send relief assistance to remote towns in Batangas
Batangas execs, Taal evacuees thank House; hopeful on rehab efforts
‘A greener, cleaner tomorrow’: A how-to guide for Filipinos who want to help with today’s energy crisis
5 years after Mamasapano, son of fallen SAF 44 trooper remembers his ‘idol’
Get exciting deals and discounts when you download the new McDonald’s App
PAL: Passengers with flights to parts of China may request for refund, rebooking
MOST READ
Taal’s sulfur dioxide emission increases
No time for revelry; Tagaytay instead plans for alert level 5
Dina Bonnevie on Coney Reyes: We have forgiven each other
Megan Young, Mikael Daez get married
Follow @KMatrianoINQ on Twitter
Don't miss out on the latest news and information.