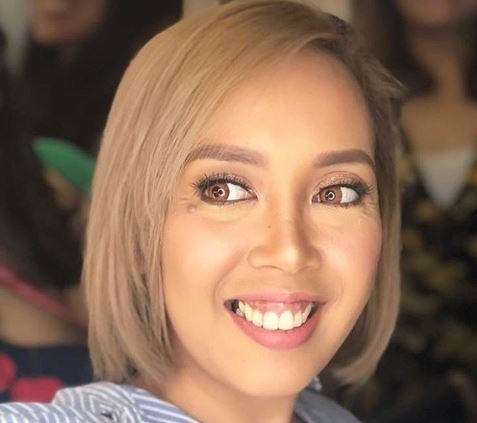 Professors, National Artists and lawmakers have all expressed their dismay after the Supreme Court (SC) declared the K-12 program constitutional and Filipino and Panitikan (Philippine Literature) as no longer core subjects in college.

The SC recently declared as valid a Commission on Higher Education (CHED) memorandum that reduced the general education curriculum to a minimum of 36 units, with the two subjects no longer considered as core subjects.

Comedian Kakai Bautista did not falter in making her sentiments known, too, on social media. She took to Twitter on Tuesday, Nov. 13, and aired her grievances in regard to the ruling by sharing an editorial illustration by digital artist Singkit Chronicles (@semi.singkit).

It was in June 2017 that the Department of Education and the Embassy of the Republic of Korea signed a memorandum of agreement that would see the Korean language taught in public high schools. This was a thing that seemed unacceptable to Bautista, who called out the Commission on Higher Education in her tweet over what seemed to be the absurdity of it all.

“Oo we love Korea, Koreans. Their telenovelas, their food. Their pop superstars. I don’t hate them. I am actually a fan,” Bautista tweeted. “PERO sana po @PhCHED wag naman nating gawin to. Pls. Don’t let them invade our own culture. Cut Panitikan to teach Korean language. NO!!!”

Oo we love Korea, Koreans. Their telenovelas, their food. Their pop superstars. I don’t hate them. I am actually a fan. PERO sana po @PhCHED wag naman nating gawin to. Pls. don’t let them invade our own culture. Cut Panitikan to teach korean language. NO!!! pic.twitter.com/xIMFpjVD3l

Singkit Chronicles’ illustration depicted a student whose tongue, labeled “Wikang Filipino,” is being cut off by a hand labeled as “CHED.” Meanwhile, a syringe, labeled “Korean Language,” is seen injecting its contents into the student’s tongue. It was an illustration that, for Bautista, seemed to have encapsulated the entire issue, attesting to the saying that a picture speaks a thousand words.

In another tweet made on the same day, Bautista shared the illustration once more and called on CHED, requesting them to explain the memorandum properly, in a way that would be understood by the masses.

Bautista’s remarks echo the sentiments of the many who decried the Supreme Court’s ruling, including Vladimeir Gonzales, chair of the UP Departamento ng Filipino at Panitikan ng Pilipinas.

“In our classes, we do not only teach grammar, but we [also] give students a sense of nationhood,” Gonzales said. “In the national university, we teach values to our students… They learn about the Filipino identity through the use of the Filipino language. This is what we stand to lose.”  /ra