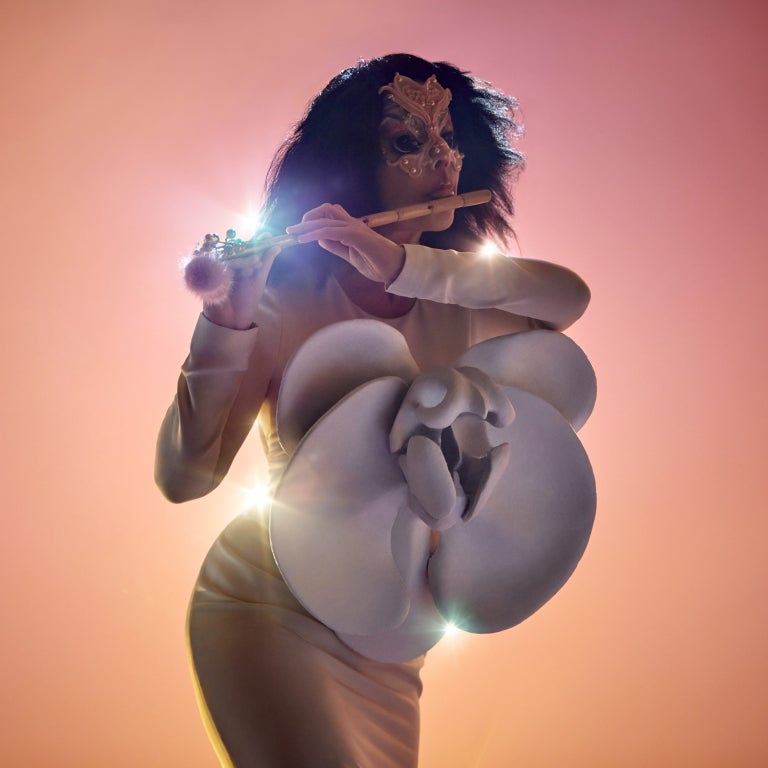 Björk’s “Cornucopia” will gets its world premiere this spring at The Shed. Image: The Shed via AFP Relaxnews

While full details of the production have yet to be revealed, “Cornucopia” will be presented in The Shed’s largest space, the McCourt, and will feature Björk as well as the seven-piece female Icelandic flute ensemble Viibra.

Conceived by Björk and directed by John Tiffany (“Harry Potter and the Cursed Child”), it will be, in Björk’s words, “my most elaborate stage concert yet, where the acoustic and digital will shake hands, encouraged by a bespoke team of collaborators.”

The artist James Merry, who designed the futuristic headpieces worn on Björk’s “Utopia” tour, is also involved in the production, as is fashion designer Iris Van Herpen, who is in charge of costume design. Further details and ticket on-sale dates are to be announced by year-end.

“Cornucopia” is not the first major work to be announced for the inaugural season of The Shed, a multidisciplinary arts center opening in the spring on Manhattan’s west side.

Turner Prize-winning artist and director Steve McQueen has collaborated with Quincy Jones on one of The Shed’s first commissions, “Soundtrack of America”, which examines the impact of African-American music on art and pop culture over the past 100 years.

Son of Beatles’ producer dives into the messy ‘White Album’