Imelda Marcos conviction draws celeb reactions: ‘There is justice after all’ 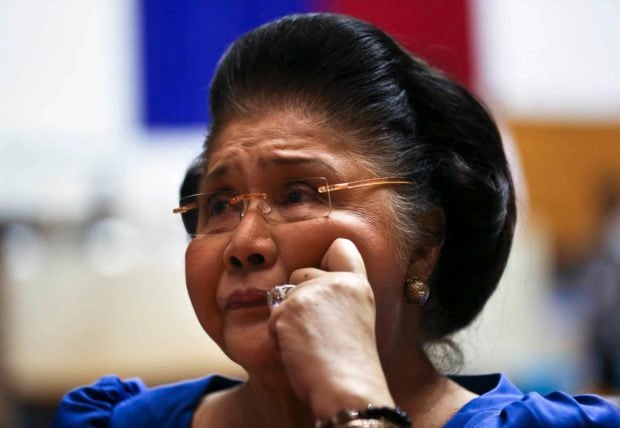 After Sandiganbayan found Ilocos Rep. Imelda Marcos guilty of graft and ordered her arrest on Friday, Nov. 9, social media was abuzz with the decision and its implications.

Many of those who have been awaiting justice took to social media, including celebrities Jim Paredes, Leah Navarro, G. Toengi and Juan Miguel Severo.

Actor and spoken word poet Juan Miguel Severo shared the news with the caption, “Look! Something to smile about! [heart emoji]”

Musician Jim Paredes was content to know that Marcos had been found guilty as a thief.

“I will retweet every news about this. She is a THIEF.  Let us at least get this satisfaction even if she may never spend a second in jail,” he said.

I will retweet every news about this. She is a THIEF. Let us at least get tis satisfaction even if she may never spend a second in jail. https://t.co/xcxtEeMI2c

However, like many, Paredes was wary about the outcome within the justice system.

“Let us see how this Imelda being found guilty stuff plays out the next few days,” he said. “Watch with caution. Too many forces on her side that do not respect the law.”

Singer Leah Navarro kept realistic too about her expectations, but seemed thrilled about the decision.

“Imelda can’t be incarcerated because she’s over 80. No matter, because from now on, even if she wins her appeal (she’s got a chance under a Duterte SC), I can confidently call Imelda Marcos a Thief!” she said. Marcos is 89 years old.

“As a Filipina American, most people I meet around the world almost always mention that all they know of the Philippines is about this woman with the shoes or that boxer turned biblical fanatic,” she wrote on Instagram last Friday, Nov. 9.

An activist herself, Toengi called on Filipinos to join the United States-based Malaya Movement which fights for freedom and democracy in the Philippines.

But some netizens criticized Toengi for her statement against both Sen. Manny Pacquiao and Marcos.

One Feng G. (@fengfengdesarapen) claimed she wasn’t “a fan of the former first lady,” but wondered, “You just remembered the bad things about her, paano naman yung mga magagandang ginawa niya at former Pres. Marcos (what about the good things she and Pres. Marcos did)?” 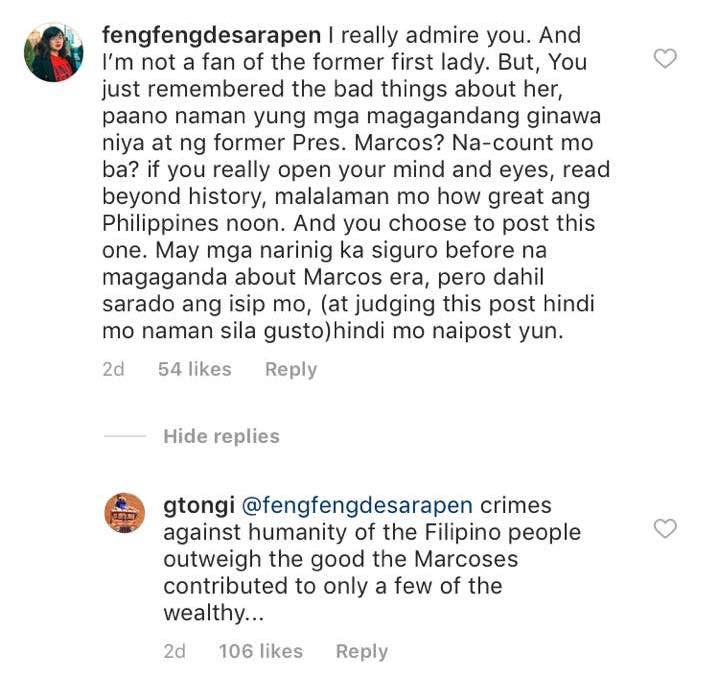 “If you really open your mind and eyes, read beyond history, malalaman mo how great ang Philippines noon (you will know how great the Philippines was before). And you choose to post this one,” the commenter said.

The actress replied, “Crimes against humanity of the Filipino people outweigh the good the Marcoses contributed to only a few of the wealthy.” 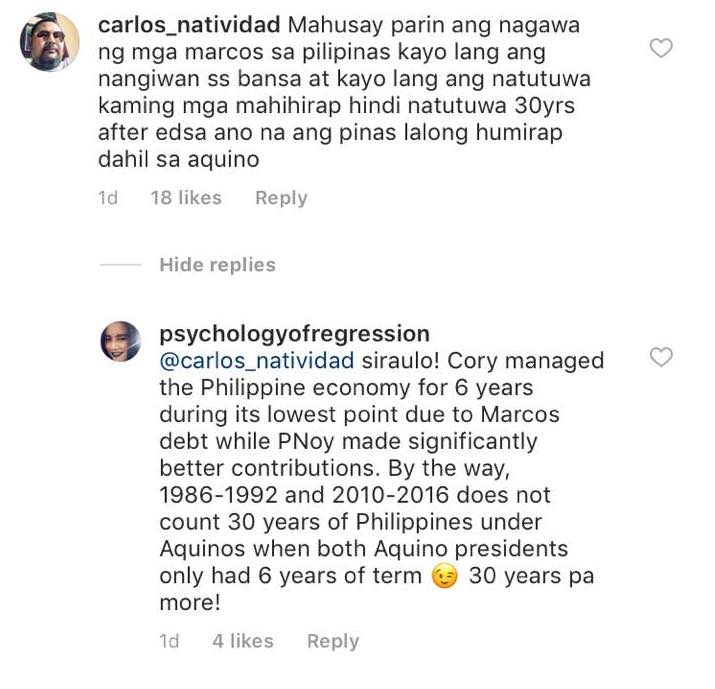 (The Marcoses did good for the Philippines… us poor people are not happy that 30 years after EDSA [revolution] the Philippines is poorer because of the Aquinos.)

Meanwhile, there are reports stating that the economy indeed plummeted under the Marcos regime, with Filipinos estimated to continue paying debt from that period until 2025.

Other netizens, including Agnes Maureen Mutia (@maureen_arjan) slammed Toengi for her statement against Pacquiao.

“It’s a bit rude of you to say ‘that boxer turned biblical fanatic’ when he gave karangalan sa Pilipinas (honor to the Philippines).” 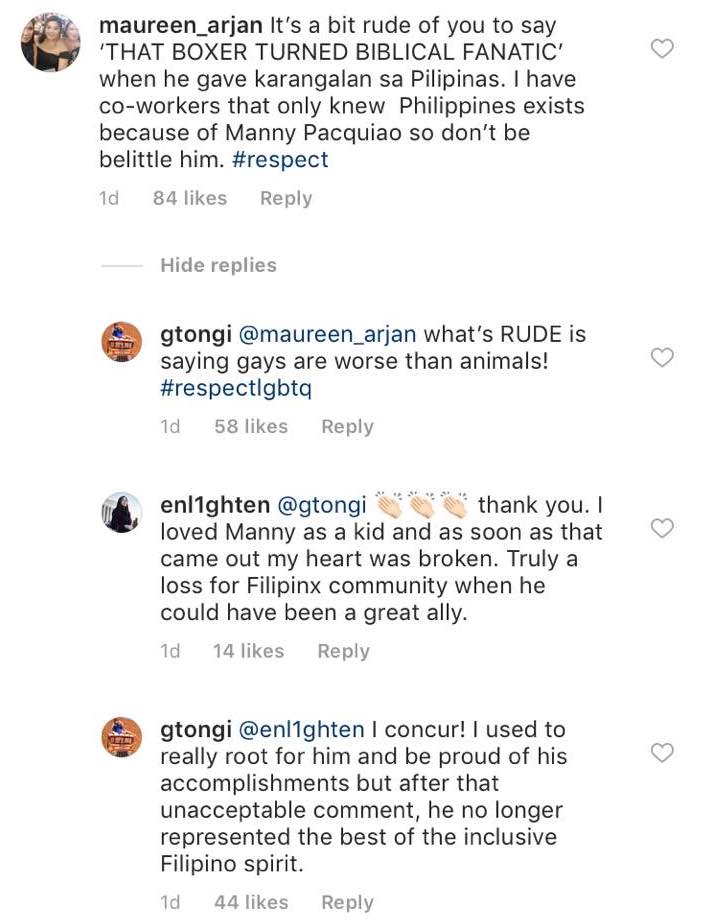 “What’s rude is saying gays are worse than animals!” the actress clapped back, referring to the senator’s homophobic statements against gay people.

Replying to another comment, Toengi said she used to support him as a boxer, “but after that unacceptable comment, he no longer represented the best of the inclusive Filipino spirit.”

Other netizens are less optimistic about justice being upheld, with some predicting that the former First Lady will receive a presidential pardon or will begin using a wheelchair to allegedly make it appear she has poor health. JB