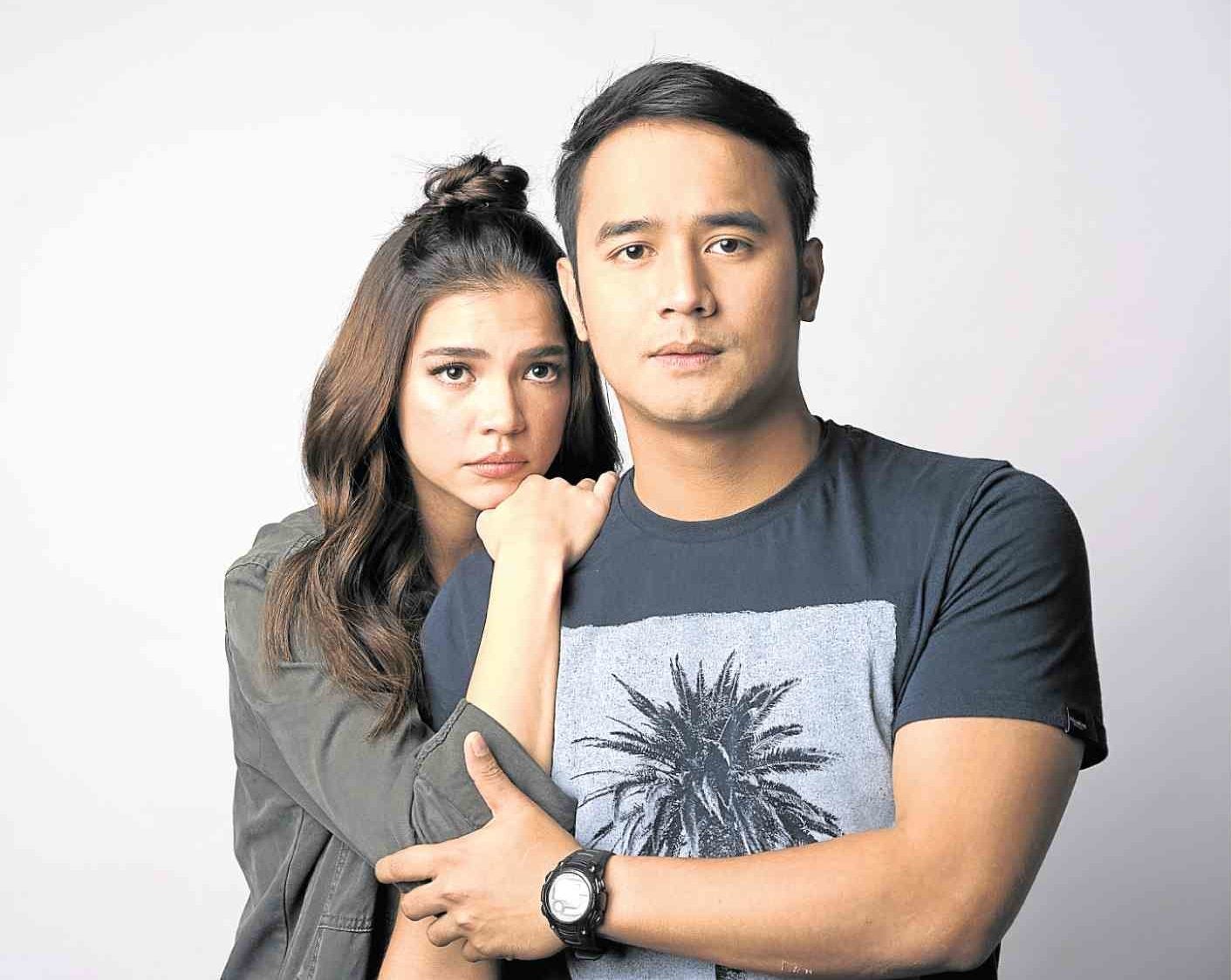 “To be honest, I felt intimidated by her in the beginning. I had a hard time looking into her eyes,” JM admitted. “I later realized she is actually very humble and down-to-earth.”

The actor further observed that Rhian “isn’t difficult to fall in love with. That’s why it’s also easy to work with her.”

“On the set, she is passionate and very giving as a coactor. It also helped that we’ve had several intense workshops with Joel (Ruiz, their director) before we started filming. We had a lot of bonding moments,” he added.

“Kung Paano Siya Nawala,” which JM coproduced under TBA Studios, tells the story of Lio, a quiet and withdrawn young man who finds it difficult to connect with other people due to his affliction: face blindness—a cognitive disorder characterized by an inability to recognize faces.

But the inhibited Lio finds himself opening up to the world when he falls in love with Shana (Rhian), a beautiful free spirit who has secrets of her own. Lio’s unique condition—and the baggage that comes with it—brings a complicated twist to their love story.
JM explained why he ended up being its coproducer. “The film went through a lot of things before its casting was finalized. It was really a hassle but Direk fought hard for the film. It came to a point when we all agreed to help each other just so the project would push through.”

He added that, in choosing a project, “what matters to me are the material and the people I will be working with.”

Joel, who cowrote the script, said he was grateful to JM and Rhian for believing in the project, “for caring enough that they actually invested in it, literally and figuratively.”

He added that face blindness has been tackled in other movies abroad, but not locally. “It serves as the hook of the story, but the movie is all about personal experiences,” he said.

Joel said that in his research, he came across people who claimed to be afflicted with the condition. “They couldn’t associate people’s faces with their names,” he explained. “I also got to talk to a lot of neurologists. Here in the Philippines, doctors have yet to diagnose a person with the condition, probably because we don’t have the means to do it here.”

The difficulty in making the film was that there was no actual local research, the writer-director said. “We used our creative license for this one, but they’re all based on documentations of the condition.”

“What I have now is enough for me to not go back to my old ways,” he declared.

The actor had been to a drug rehabilitation facility twice for alcohol addiction.

“What’s wrong about me then was that I wasn’t appreciative of the things I was given.

That’s why when I encountered problems, be it big or small, I would fall down,” JM explained.

“I didn’t give value to what I had back then. Now, with the opportunities I was given when I returned to show biz, I feel that I have more than enough,” he said.

Read Next
Alfonso Cuarón on his ‘Roma,’ which took me back to my childhood, hometown
EDITORS' PICK
Summit breakthrough – EJ Obiena is the first Filipino to win in the World Athletics Championship
12.2M Filipino families felt ‘poor’ in Q2 of 2022 — SWS survey
DepEd seeks P16B addt’l funds for repair of schools damaged by Abra earthquake, typhoons
House energy committee chair Arroyo bats for cheap electricity
Beyond just beauty and aspiration: How Air Residences gives new meaning to luxury
As Duterte stepped down, more Filipinos tighten belts to make ends meet
MOST READ
Jimmy Bondoc loses musical equipment after fire hits studio
Bongbong Marcos appoints lead physician Zacate as FDA chief
Giselle Sanchez slammed by Floy Quintos: ‘Art has nothing to do with your choice’
‘Maid in Malacañang’ offends Cebu nuns on eve of premiere
Don't miss out on the latest news and information.