Alfonso Cuarón on his ‘Roma,’ which took me back to my childhood, hometown 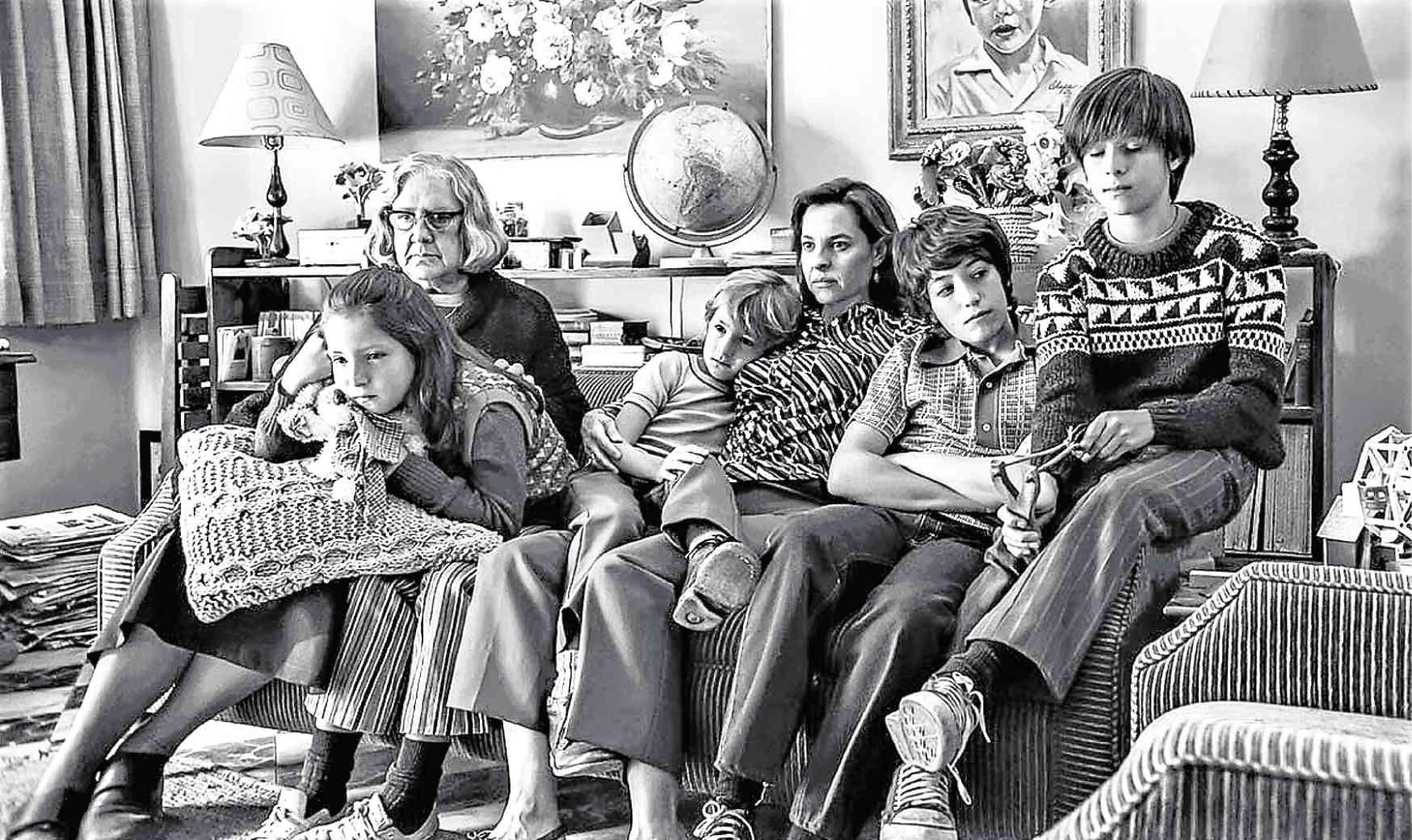 Alfonso Cuarón recreated his family home in the early 1970s in “Roma,” an autobiographical film based on his childhood. —NETFLIX

LOS ANGELES—Although I was sitting in a dark theater in London when I watched Alfonso Cuarón’s acclaimed “Roma,” the writer-director’s autobiographical film based on his childhood instantly transported me back to my own days growing up in the Philippines.

“Roma’s” black-and-white recreation of a year in the life of Cuarón’s family in Mexico, focusing on his nanny (based on his real-life caregiver, Liboria “Libo” Rodriguez), struck a chord with me emotionally.

My family in Calasiao, Pangasinan, was by no means rich but I also had a nanny, actually a relative who became like my second mother. Atchi Viring, as I called her, helped raise me since I was a baby.

Libo also came to the Cuarón family when Alfonso was only 9 months old.

The director went on an intensive search for the actress who would play Libo, named Cleo in the movie.
The moment Alfonso saw Yalitza Aparicio, a teacher with zero acting experience, he knew he found his Libo, who had a profound impact on his life.

Yalitza delivers with a sincere, honest performance that is crucial in this drama.

The film is set in the early 1970s when cities around the world like Mexico City and Manila were swept up in a fervor of student activism.

So “Roma’s” student protest scenes also brought back memories of youth rallies and marches against then President Ferdinand Marcos.

There are family excursions to the beach, which reminded me of our own day trips to beaches in Dagupan and Lingayen.

A scene in a movie theater in Mexico City brought back memories of my Atchi Viring bringing me to watch Sampaguita Pictures movies in Dagupan’s movie houses.

“I am the second child, the annoying one,” he answered with a laugh when I asked him in a Los Angeles interview which one is he in the movie’s brood of three sons and a daughter.

Marina de Tavira plays the mom, Sofia, who at first hides the fact that her husband and the kids’ dad has left for good (it’s one of Alfonso’s sad childhood memories).

“Roma’s” title came from the name of the neighborhood where Alfonso lived with his family, which included a grandma (Veronica Garcia) and two domestic workers, Cleo and Adela (Nancy Garcia, also a debuting actor and Yalitza’s best friend in real life).

Alfonso, upon hearing how “Roma” resonated with me strongly because of parallels in our childhood experiences, said, “There are certain countries in which the social barriers are more evident than others because all the world has a social class structure… certain countries like our countries, Third World countries, in which you have a small privileged class amid huge poverty.

“The thing is that you are saying that your family wasn’t rich but you had a domestic worker living with you or working for you. That is very clear. There are people who really need the domestic workers’ services. And the same as my family.”

The Oscar and Golden Globe best director winner for “Gravity” clarified, “It’s so funny because I have read reviews in which they talk about our upper-class house. But ours was a lower-middle-class house and everything was old. Maybe it doesn’t look like that but everything was old. But there’s always that thing in our societies in these countries that there are always poorer people and in need of jobs.”

Alfonso and his production designer, Eugenio Caballero, recreated his childhood home in the same neighborhood where he grew up.

While “Roma” is a very specific chronicle of a year in the Cuarón household, Alfonso is surprised and moved that the film is being universally embraced around the world. 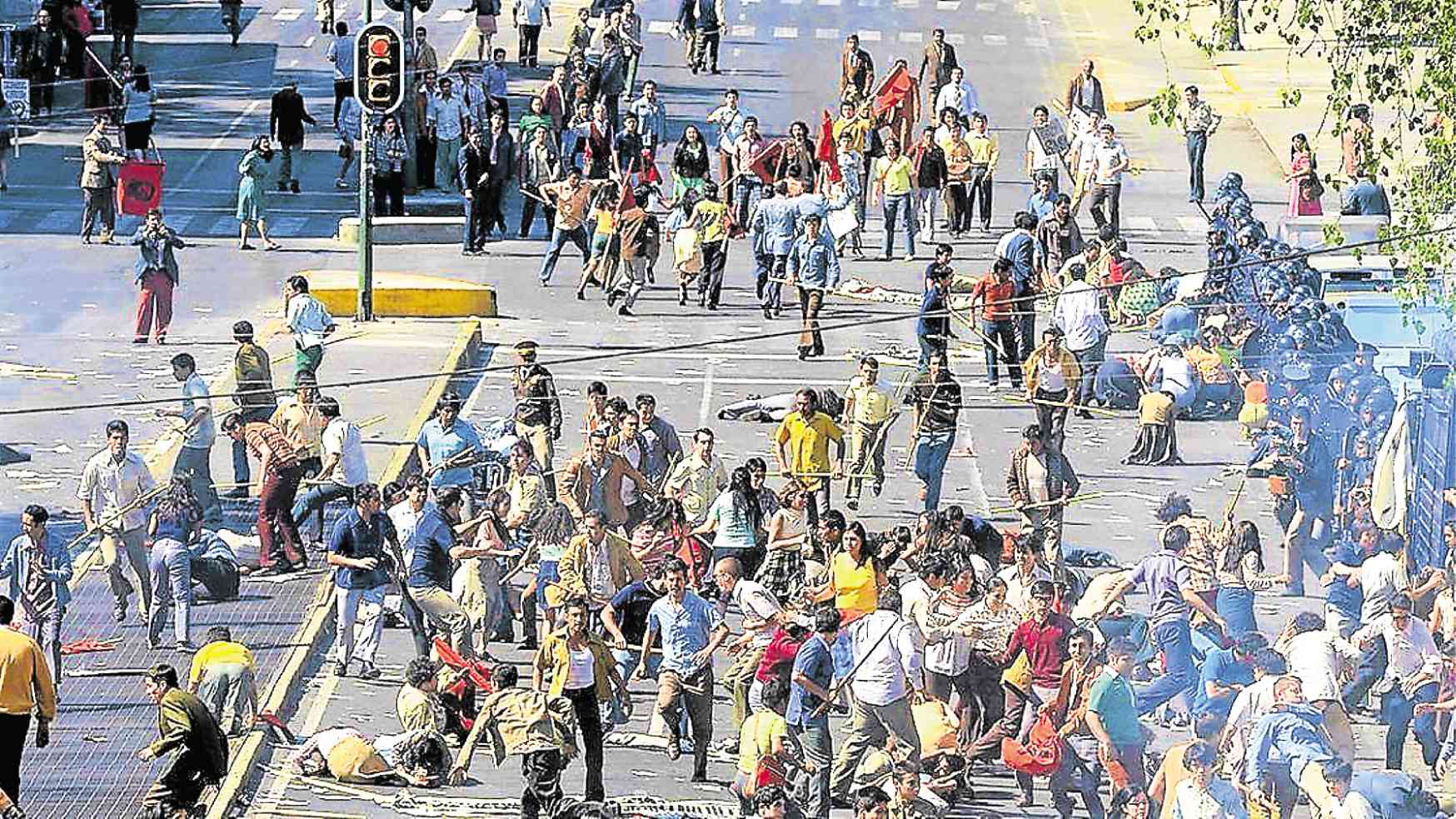 “Roma’s” early 1970s era of student activism and story about a nanny’s pivotal role in a family in Mexico reminded the columnist of his own childhood in the Philippines.—NETFLIX

“I am really touched that different cultures are reacting to ‘Roma’ in such an emotional way,” the filmmaker said about his first Spanish-language film since 2001’s “Y Tu Mama Tambien.”
His other directing credits include “Children of Men,” “Harry Potter and the Prisoner of Akzaban” and “A Little Princess.”

“During the Tokyo Film Festival, this particular friend—a poet who lives there—started sending me tweets of the reactions of people. People talked about their own childhood. With films or art, I use the base in which people put their own experiences and memories. So the film is universal because it’s about people and families. The social class dynamic happens everywhere.”

“I am more than surprised about the reaction, I have to say,” he added.

He pointed out that “Roma” is that rare film. He did not consult his Mexican filmmaker compadres.

“This is a film that was the first one that I didn’t collaborate with Alejandro (Iñárritu), Guillermo (del Toro) or Carlos (Cuarón), my brother who wrote ‘Y Tu Mama Tambien.’ I needed it to be an intimate process. But I would tell them, look, this is a film I have to do. I really didn’t think anyone will see it. It’s something very personal and I didn’t even know if it was going to work.

“And so it was a really beautiful surprise to see the reaction of people. And it’s like life. Enjoy the ride while it lasts because then it’s over, just like life. And there are ups and downs.”

Netflix, which bought the film, is considering options to release “Roma” theatrically to increase its chances in the Oscar’s other categories, especially the best picture competition.

Making the film, which he has planned to do since 2006, was an emotional release for the director who also served as the cinematographer.

“I was very unaware how cathartic making the film was going to be. Because when I started shooting, first you are processing and going into a creative process. Then after the creative process of writing the screenplay, it becomes very much about putting it together, finding locations, actors, details, the right costumes and cars.

“Everything has to be authentic so your head is so busy with logistics. It was not until maybe two or three weeks into the shoot when everything started to settle, the locations were there, that I became aware of what I was doing. It became freaky from then on, to say the least (laughs). I was revisiting my past with people who look like my family, in the same place, with the same furniture, and recreating scenes—a lot of them were very painful. So it was complex.” 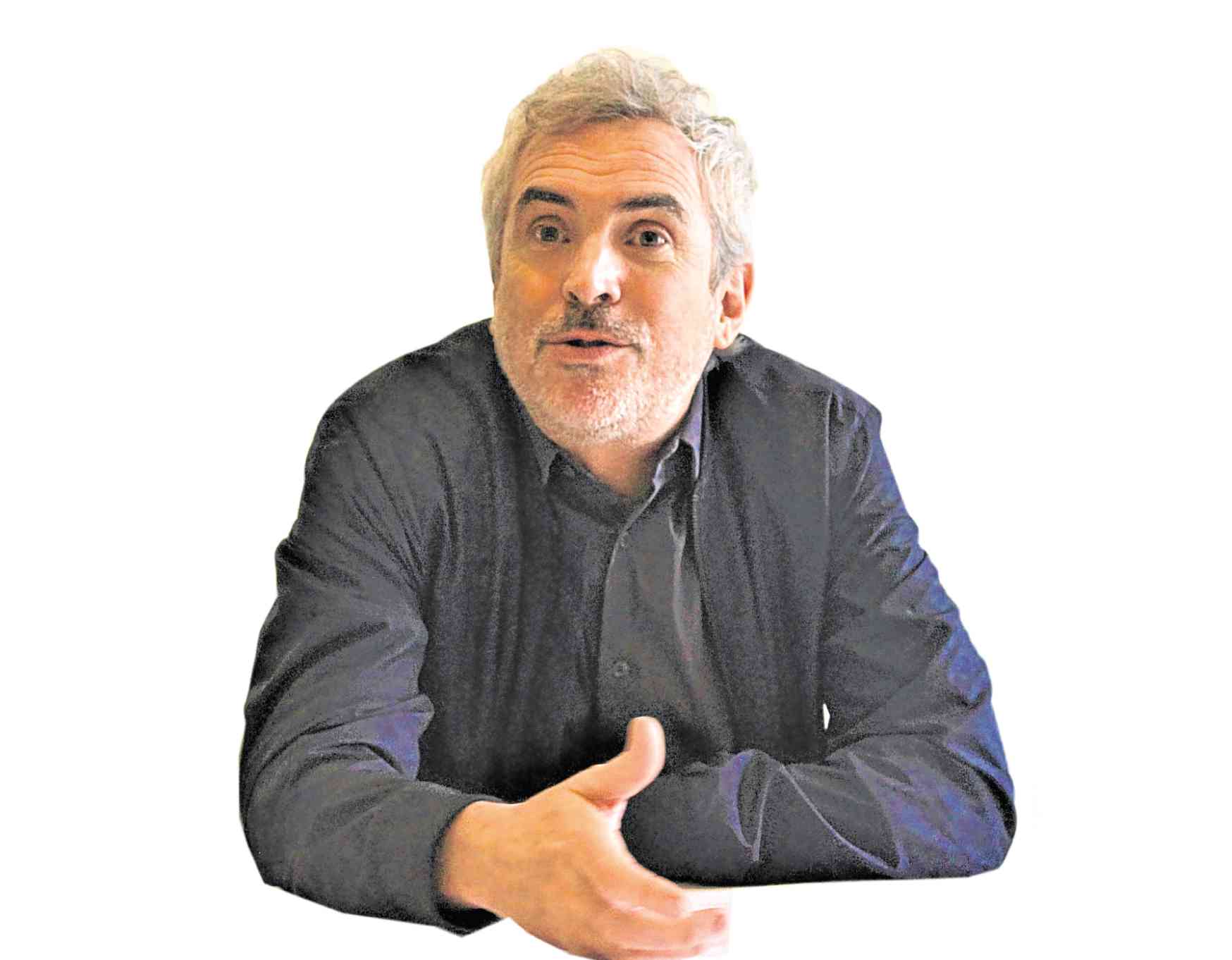 Aside from Cleo, the other main protagonist is the mom who tries to hold her family together amid the divorce.

“Divorcing in Mexico in the 1970s was like divorcing in the US in the 1930s,” Alfonso explained. “It was like you are already marked. There was a lot of judgment on the woman, that she could not put her family together. And that is my memory. I remember my mother feeling completely at loss. And her brother completely judged her for not being able to keep the family.”

Libo was reportedly on the set when they filmed the scene in which Marina, as the mother, finally told the kids that their father would not be home for Christmas and would not return.

Libo reportedly broke into tears, making her remember that she felt sad for the kids, more than anything else.

Despite the story’s deeply personal connection to Alfonso, he avoided making “Roma” a nostalgic film.

He hopes domestic workers everywhere will get respect and fair treatment.

“I think it’s just about the respect that we can give to these workers,” he stressed. “Right now, they are kind of invisible and they don’t exist until we need something. And their function and their jobs are looked down at. It’s important to start appreciating more of how privileged we are.

Alfonso, who originally wanted to be a pilot or an astronaut, promised Libo as a kid that when he grew up, he would take her on trips. Now 56, the filmmaker has made good his promise to Libo, 74, to take her traveling. And he dedicated “Roma” to Libo.

My Atchi Viring was not as fortunate. She passed away from cancer in the late 1970s. But it’s a tribute to her that I have not forgotten her, especially inside that London movie house where I was silently wiping away tears.