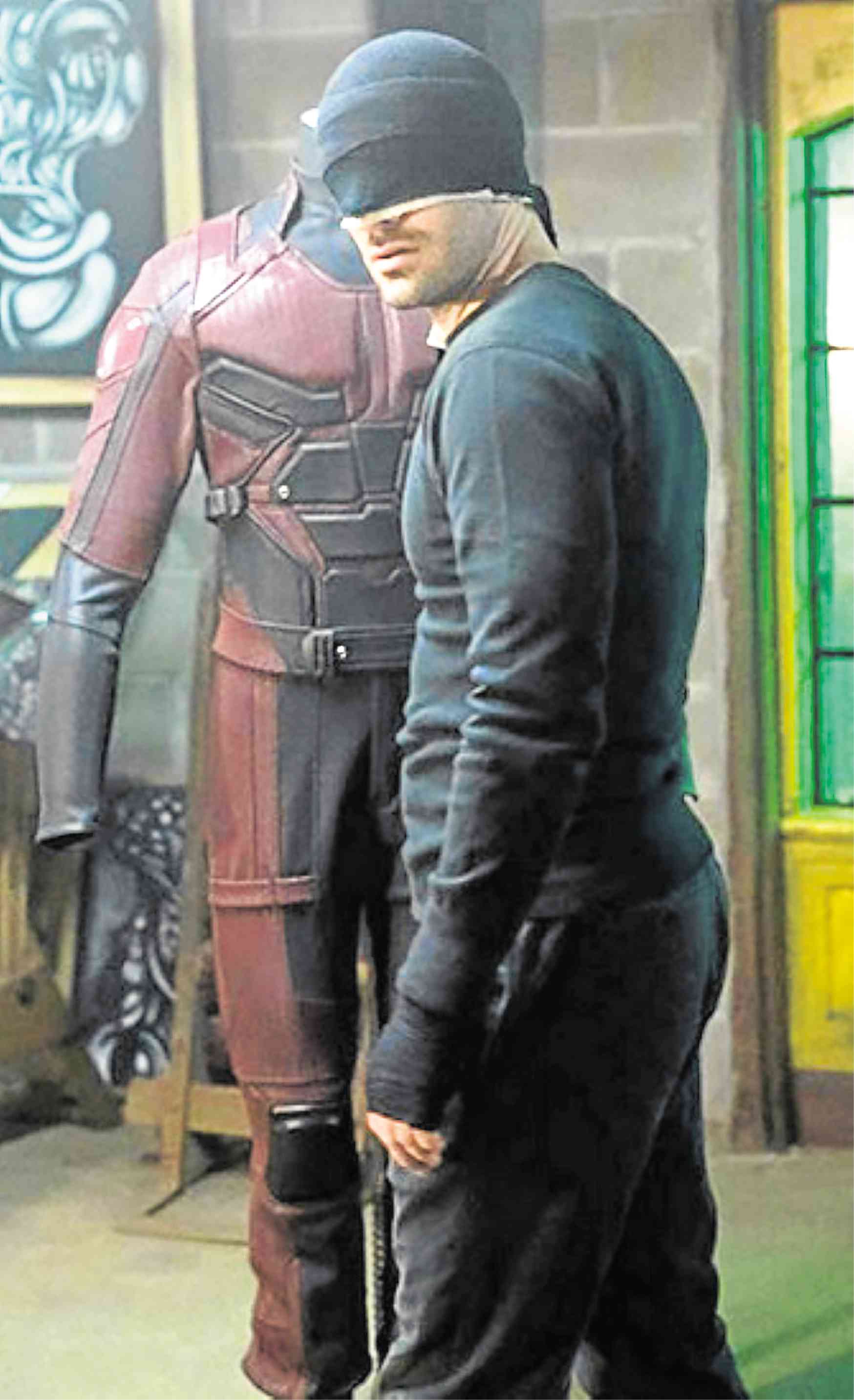 Daredevil’s third season manages to declutter and start anew, after two seasons of the Netflix series’ steady expansion of the blind hero’s mythology. Easily one of Marvel’s more complex characters, the acrobatic vigilante, for all his superhuman powers and feats, is reminded of his humanity and frailties, especially in Season Three.

After his lackluster appearance in last year’s “The Defenders” series, the so-called “Devil of Hell’s Kitchen” is back—metaphorically stripped of his civilian and costumed identities, heavily injured and without a problematic lover (goodbye, Elektra!). This necessary streamlining helps the lawyer-superhero reassess his true purpose.

Matt Murdock, aka Daredevil (Charlie Cox), missing for an undisclosed period, refuses to get back to his lawyerly duties, choosing to recuperate after almost dying during his “Defenders” mission. He is secretly taken in and cared for by Sister Maggie (Joanne Whalley) and her fellow nuns.

His friend, journalist Karen Page (Deborah Ann Woll), holds on to the belief that Matt will return, while another buddy, lawyer Foggy Nelson (Elden Henson), has practically given him up for dead. 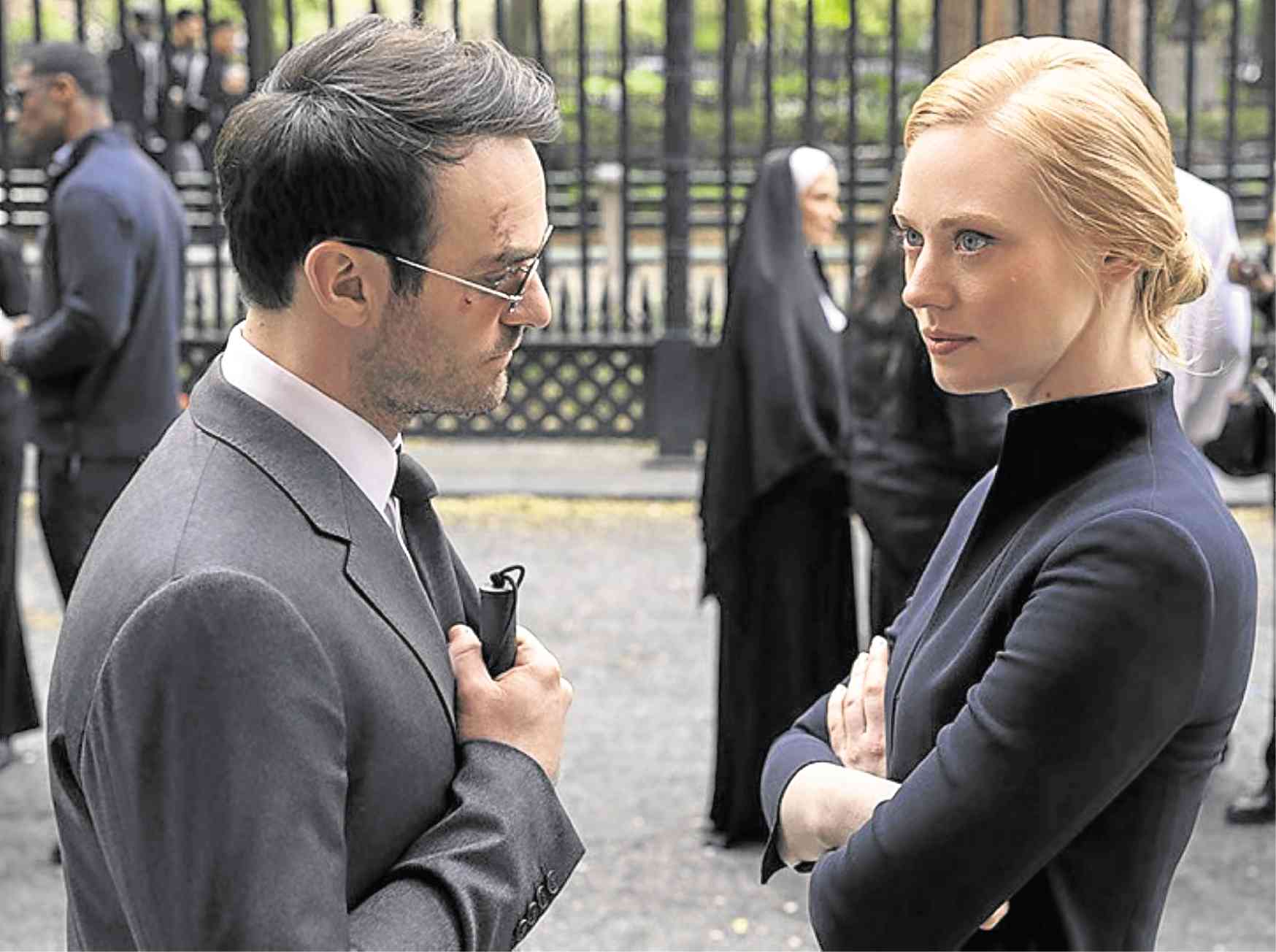 Concurrently, an FBI agent, Ray Nadeem (Jay Ali), takes on the task of handling negotiations between the agency and the imprisoned mob boss, Wilson Fisk (a still-unsettling Vincent D’Onofrio), who has begun making a deal. Fisk is giving up information on crime gangs in exchange for protective custody—away from prison grounds.

If you’ve seen the trailer, it’s easy to surmise who’s running around in the red Daredevil costume. The impostor is a formidable foe, and this is the character’s second live-action appearance. Suffice it to say, this new version succeeds in profoundly reimagining the supervillain.

The back-to-basics approach extends to the supporting cast, as well; Karen even gets an episode that expounds on her backstory. But a return that can only be considered triumphant is Wilson Fisk’s. As the crime lord Kingpin, he gets to inflict severe and calculated damage, while pursuing his long-lost love, Vanessa (Ayelet Zurer).

And the main hero himself, Daredevil, gets to wear his striking, all-black costume from Season One again, only this time, his coiled mask is actually a nun’s headdress.

His soul-searching leads to a major revelation about his birth, a soap opera-esque twist that is executed differently from the comic book story, but is just as dramatically and momentously presented.