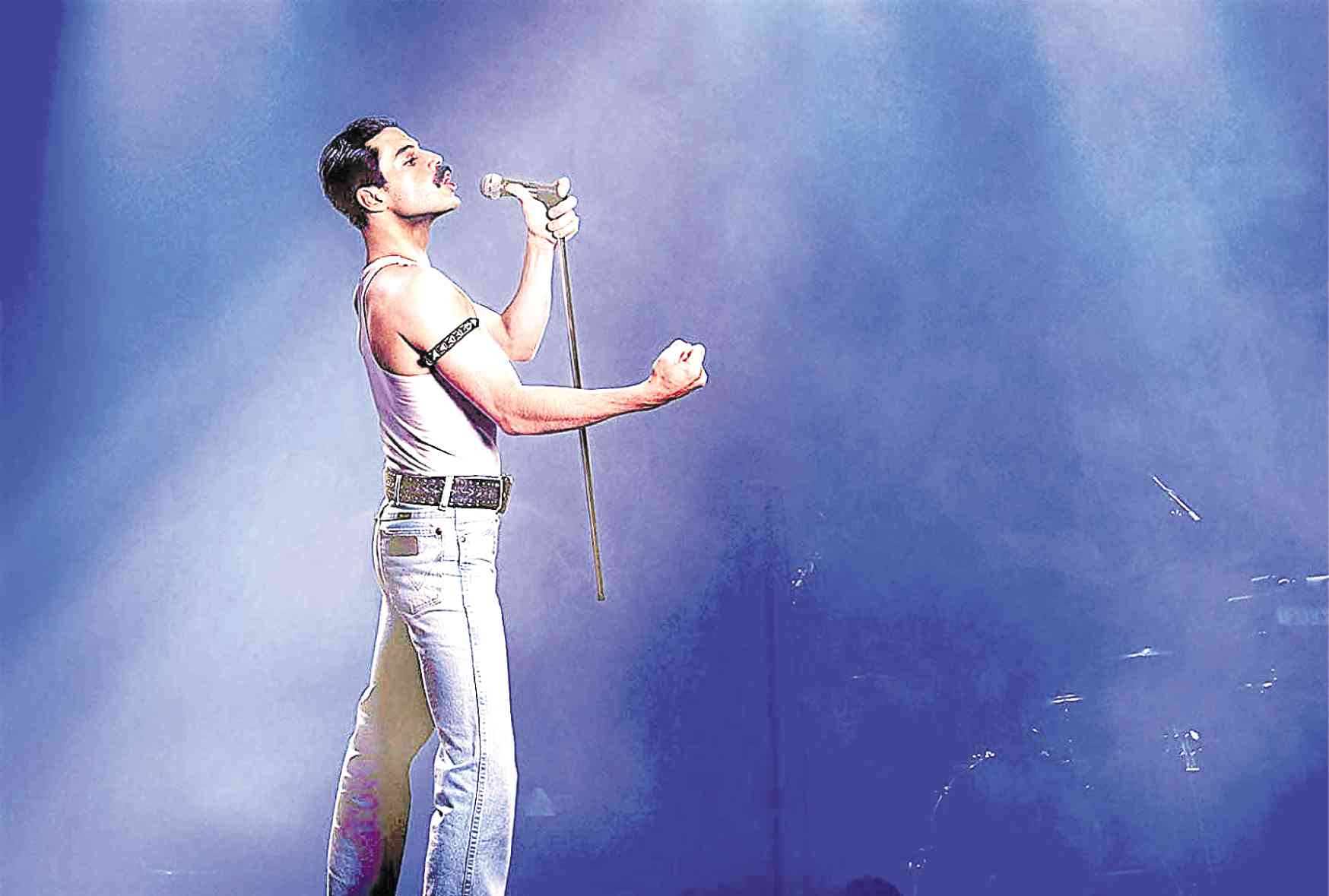 “Bohemian Rhapsody,” starring Rami Malek as the late Queen frontman, shrugged off production troubles and mediocre reviews to debut with $50 million in weekend ticket sales in the US and Canada, and another $72.5 million internationally, according to studio estimates on Sunday. That was well beyond expectations, which had pegged the film closer to $35 to 40 million in its opening weekend.

But, audiences rushed to theaters to see the widely praised performance by Malek, the “Mr. Robot” star, and to hear Queen’s foot-stomping anthems like “We are the Champions,” “Another One Bites the Dust” and the operatic title song.

The movie, which Bryan Singer directed before being replaced by Dexter Fletcher, at times has an almost concert-like feel, including a lengthy recreation of the band’s 1985 Live Aid performance.

“It really is a celebration of Queen and their music, and I think we did a really good job of letting people know that that’s what this is,” said Chris Aronson, distribution chief for Fox.

In soaring to No. 1, the Fox release trounced one from Disney, which will soon own the studio. Despite a production budget of $125 million, Disney’s lavish, big-budget “The Nutcracker and the Four Realms” opened with just $20 million. Disney is set to merge with Fox in the coming months, effectively ending the 103-year-old Fox, one of Hollywood’s six major studios.

Though Disney’s record of success is the envy of Hollywood, “The Nutcracker and the Four Realms” marks the studio’s third misfire this year, following the underperforming “A Wrinkle in Time” and “Solo.”

“Bohemian Rhapsody,” made for $52 million, was largely dismissed by critics as an overly conventional rock biopic (60 percent “fresh” on Rotten Tomatoes). But the film proved more popular with moviegoers, who gave the PG-13 release an “A” CinemaScore and four and a half stars out of five on Comscore’s PostTrak audience survey.

“Even in the negativity that came out of critics, there was always a ‘but,’ almost universally: ‘But Rami is great,’” noted Aronson. “I’m very happy for Graham and Rami and the entire filmmaking team.”

Musically based films have lately been major draws in theaters, from Fox’s “The Greatest Showman” earlier in the year to Warner Bros.’ Oscar favorite “A Star Is Born.”

“It seems that audiences can’t get enough of movies that have music baked into their DNA,” Dergarabedian said. “That’s proving to be a very successful formula.” —AP

Read Next
Agents of ambush, November 10, 2018
EDITORS' PICK
Metro Manila’s daily COVID-19 growth rate drops to 2% — Octa Research
Over 3 Million worth of prizes to be won at Smart Padala’s SENDali Manalo Promo!
SMDC’s Bloom Residences: A master planned community that cares for your health and wellness
What to expect as Metro Manila starts ‘no vaccination, no ride’ policy on Monday
COVID-19 cases in PH pass 3.2 million mark with 37,154 new cases — DOH
Upsilon, Unilever give ‘real talk’ on climate change crisis
MOST READ
IATF protocols now apply to travelers who arrived on or before Jan. 13
‘Not my loss’: Did Kris Aquino just comment on her breakup with Mel Sarmiento?
Thailand records first Omicron death
Tito, Vic and Joey still not quitting, breaking trends as they celebrate 50th year in the biz
Don't miss out on the latest news and information.