Julian Schnabel on making a movie about Van Gogh 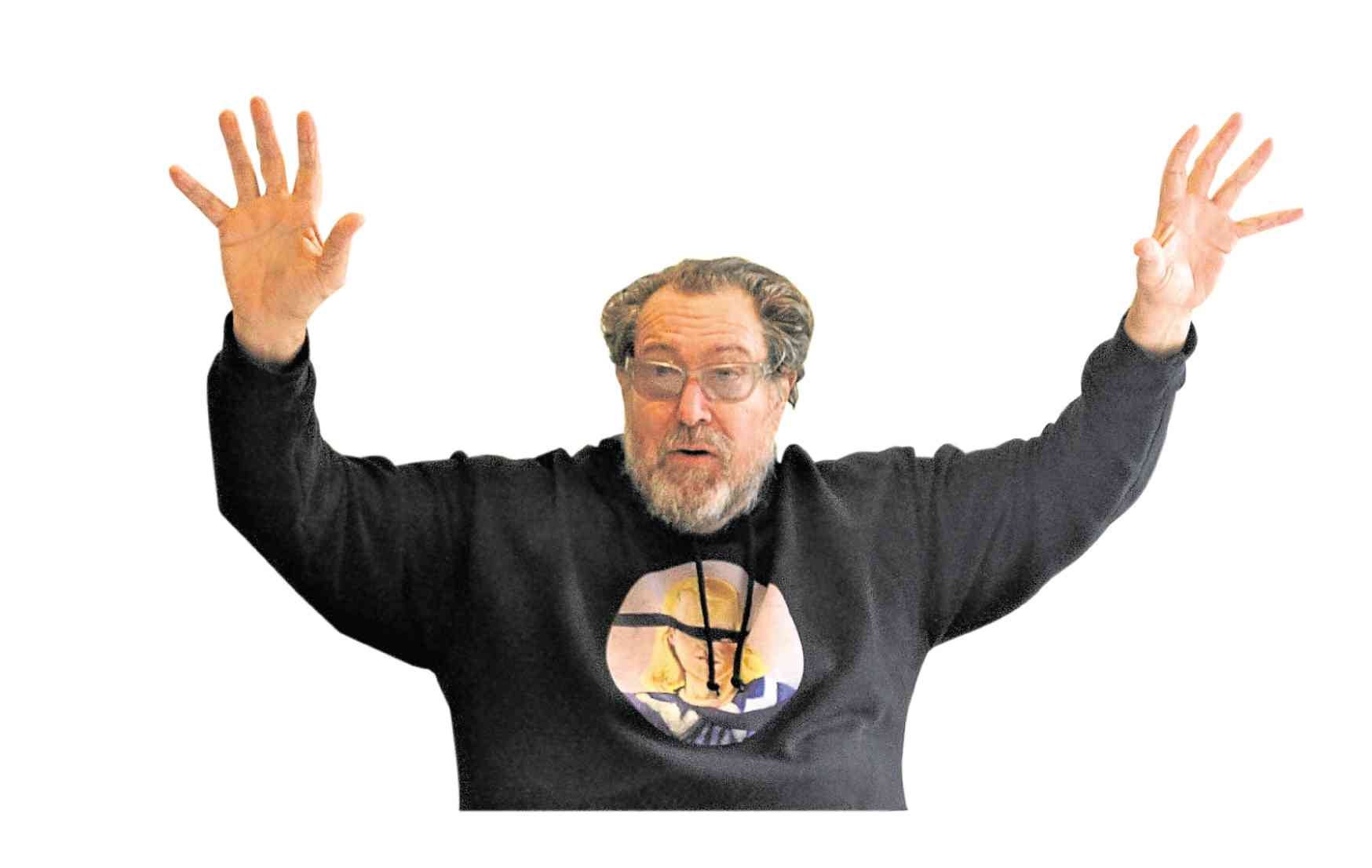 LOS ANGELES—Some directors, like Christopher Nolan, are noted for always wearing natty blazers or sports jackets, regardless of whether they are in hot filming locations or interviews.

Not Julian Schnabel, Golden Globe best director winner for “Le scaphandre et le papillon (The Diving Bell and the Butterfly.” He arrived at Four Seasons Hotel in a hoodie, shorts and sneakers and carrying a “bayong.”

I told him that “The Diving Bell…,” based on the true story of Elle editor Jean-Dominique Bauby (played by Mathieu Amalric), is one of my all-time favorite films. Released in 2007 to acclaim, the drama won the Golden Globe best foreign language film and earned four Oscar nominations. With my iPhone, I took a photo of the film’s poster on display in our house all these years and showed it to Julian, who is also a sculptor and a painter.

“I really appreciated that,” the Brooklyn native said of the honors that the film received. “Isn’t it crazy that that year (2008), the Golden Globes were canceled (due to the Writers Guild of America strike)?  I got my award in LaGuardia Airport looking at a monitor that said, ‘Julian Schnabel, best director, Golden Globe.’ And ‘Le scaphandre et le papillon (The Diving Bell and the Butterfly), best film in a foreign language, Golden Globe.’ I picked up my bags and I went home (laughs). It meant a lot to me.”

Julian, now 67, has made his fifth feature film, “At Eternity’s Gate,” following “Miral,” “The Diving Bell…,” “Before Night Falls” and “Basquiat.” It’s a look at the life of painter Vincent van Gogh (played by the always reliable Willem Dafoe) in his days in Arles and Auvers-sur-Oise in France. 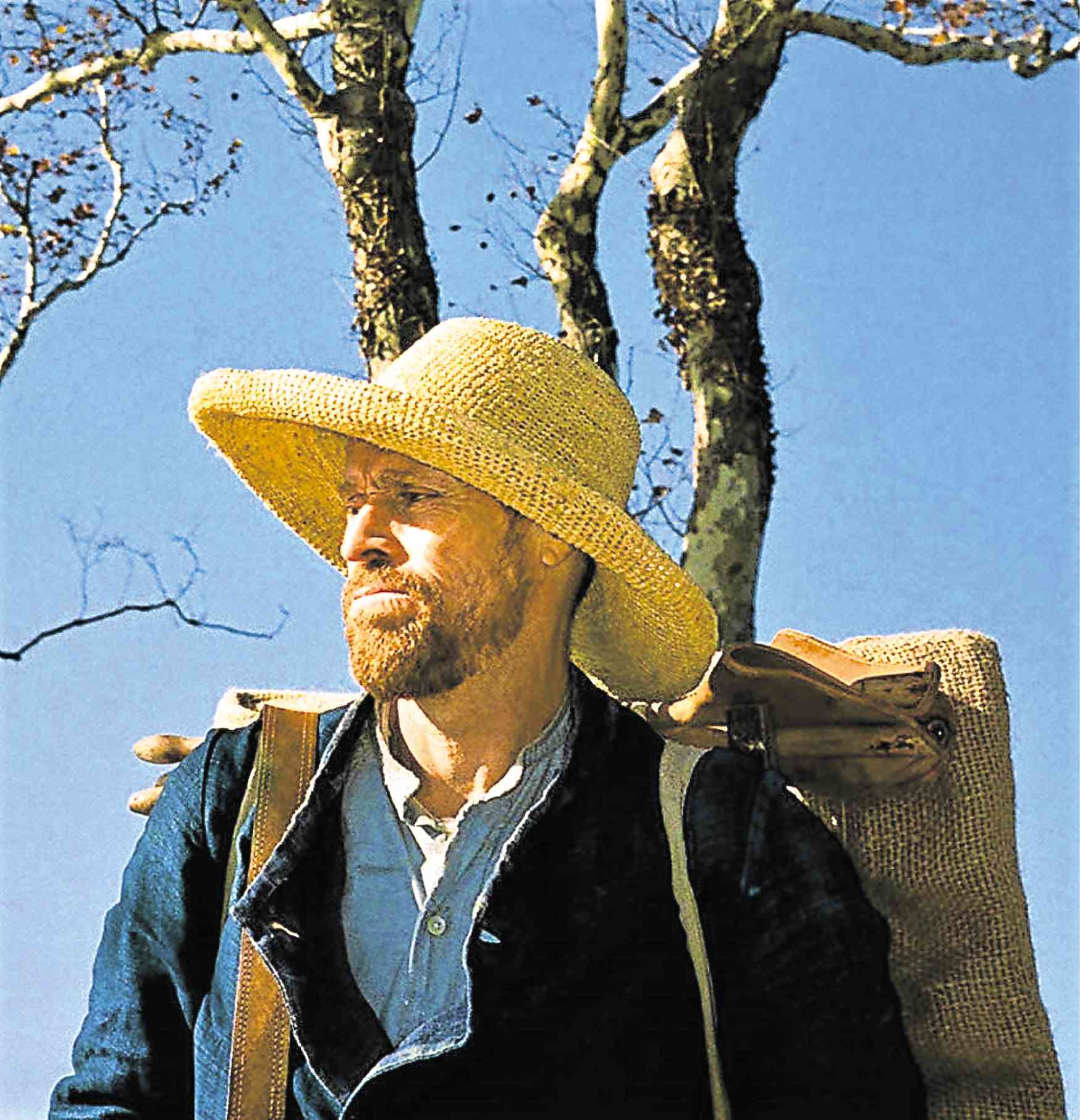 What made you decide to pick Willem Dafoe as Vincent van Gogh? I’ve known him for 35 years. He’s an expert at yoga.  He’s extremely physical and I knew that this would be a very physical role.  There’s a lot of running and walking.

Knowing somebody who’s as talented as him for that long, I felt that it was my responsibility to give him the opportunity. I think what he did was beyond anything that I could even imagine.

And I think friendship is an important thing.  Maybe this is supposed to be an industry or a business or whatever but I like to work with my friends. When you have a long relationship with . . . [some people], you know them well, they trust you, and you can get things from them that they might not be comfortable doing with someone that they don’t know as well.

We don’t rehearse.  We do things spontaneously.

As an artist yourself, what was your approach to portraying the life of an artist like van Gogh? First of all, I feel like if he didn’t connect with people when he was alive, the kind of myth has been subjugated over the last 130 years. That hasn’t helped. He was misunderstood then and it’s sort of a continuation of that.

People might like his work but they accept the fact that they don’t understand who this guy was.

Success isn’t based on money . . . [but on being able to do] what you want to do. When Van Gogh is sitting in that field, pours dirt on his face and then he smiles, he is in the right place at the right time. There have been a lot of movies about van Gogh.  I don’t like any of them.  I don’t think that they got it right. I don’t really know a lot about a lot of different things but I do know something about painting. I thought I could speak about painting through van Gogh’s voice.

If someday, someone made a film about you, how would you react? It depends.  It’s very difficult to like something about yourself.  There’s a man named Pappi Corsicato who made a documentary about me and some of my family (“Julian Schnabel: A Private Portrait”). My friends are talking in this documentary and you realize when you hear something like that, that all history is a lie.  It’s like “Rashomon.” Everybody’s got their own version of what happened.

My daughter Lola thinks I dropped sculptures out of a helicopter in St. Moritz but I actually drove them up by truck (laughs). It’s very difficult to make a movie about an artist for some reason.

A decade has passed since “The Diving Bell and the Butterfly” was released. What are your thoughts on that film now? I like the movie (laughs).  I believed it then and I believe it now.  That film certainly influenced this film. Working on that film gave me freedom to do things.  I guess when I made “Basquiat,” I really didn’t know that much about the material and it was on-the-job training. I never had a motion picture camera before.

I see things in my head and lots of times when people are recording things with their camera, they’re missing reality.

You made “Basquiat” and now, this one on van Gogh. Will this be a trilogy? Are you planning another film on an artist? If yes, who would it be? Oooh, that’s a heavy question.  First of all, I’m not planning on making another movie.  I have no plan to do that now. Caravaggio is probably my favorite painter.  I know quite a bit about him.

You’re going to have to ask me that question in a year-and-a-half.  A man asked me if I want to make a movie about van Gogh. I don’t know how many years it was ago. I said no, I don’t.

For some, this movie will come across as about a man battling his own mind. Do you think van Gogh’s madness was a stimulant for his creativity in art or was it an impediment? I think he was working with what he had. But I think when he was painting, he was at peace or more at peace. I think that those moments when he was working were the moments when he felt best.  That saved him.  I mean, that was real—if you think that he painted 75 paintings in 80 days in Auvers-sur-Oise, he must have liked doing it.

What would you like your legacy to be someday? Wow.  I am my paintings. I am my film so the work that I made is my legacy and people could figure that out for themselves. I hope they like it. I guess the most beautiful thing is the respect that you get from other people whose work you respect.

The fact that Willem would trust me and do this in the film speaks volumes to me; the fact that Niels Arestrup, Mads Mikkelsen or Oscar Isaac or the fact that [writers] Louise Kugelberg or Jean-Claude Carriere who worked with Luis Bunuel would work with me [in this movie]. They honor me with their presence. That’s what it’s about.

You have colleagues, the people that you respect—that means a lot.  I recently saw Guillermo del Toro who was the president of the jury in Venice. He loved the movie.