Jessica Sanchez wants to speak and sing in Filipino better 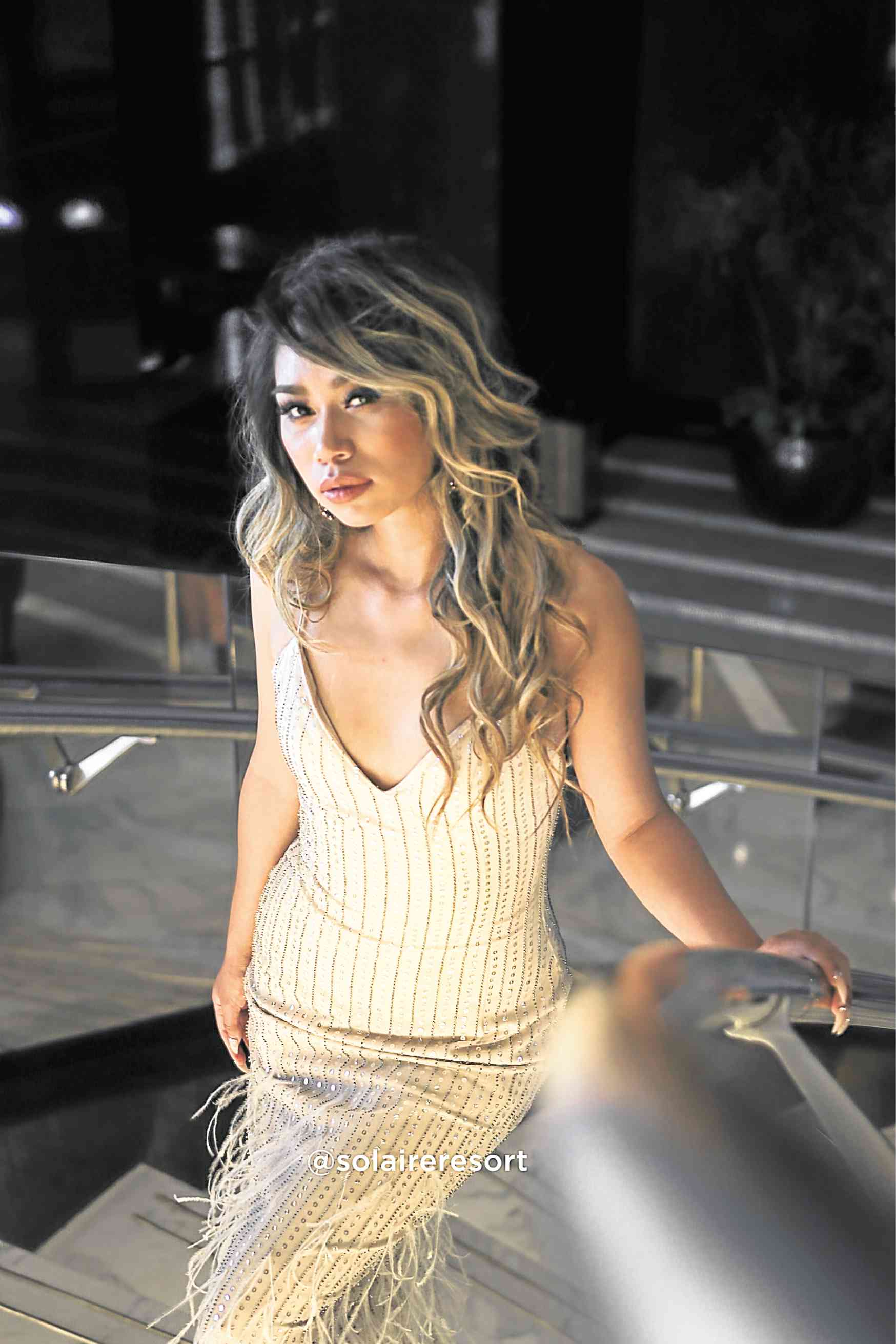 Hoping to tap into and explore her Filipino heritage, “American Idol” Season 11 runner-up Jessica Sanchez, who’s poised to do a number of projects in the country in the coming months, said she would love to learn the language, so she could sing more OPM songs in the future.

“While I don’t understand Filipino well, it’s a beautiful language to sing in. I want to learn, dive in and be part of the culture. I want to be able to talk and sing in Tagalog to show that side of me,” said the 23-year-old singer, who was raised in the United States by a Mexican-American father and a Filipino mother who hails from Bataan.

She likewise feels that speaking the language better can double as her way of thanking all the Filipino fans who have been supporting her career over the years.

“I just love the people and how they backed me up throughout my ‘Idol’ journey, and I’m excited to show everyone how I have grown up,” said Jessica, who recently held an online chat and a minijam session with the entertainment press.

Jessica will hold a one-night concert on Nov. 10 at The Theatre at Solaire (call 891-9999) in which she plans to perform more local songs, aside from the ballad “Ikaw,” which she has done a couple of times in previous visits to the country.

“I don’t want to spoil anything right now, but I have been studying the songs recommended to me by the fans,” related Jessica, who’s also slated for shows in Cebu and Davao in December.

The upcoming show will be “a mix of fun stuff”—a throwback to her ‘Idol’ days, a smattering of her original material, and songs that have become part of her musical journey so far.

“I’m excited to sing different types of songs that will cater to everyone in the crowd. It won’t be limited to ballads and pop songs. I want to touch everyone with my music,” she said. “This is a major concert for me, and my only wish is for the audience to have fun and be in the moment.”

Her special guest will be seasoned balladeer Martin Nievera, whom Jessica had performed with at an “ASAP” outing in Los Angeles, California, a few years back.

“He’s funny, kindhearted and humble. He’s like a big brother to me,” recalled Jessica. “He’s very talented and I feel like our voices will go well together.”

Jessica recently signed with Stages Talents, which will be managing her career in the Philippines. With the new setup, the young singer hopes to do more projects in the country and collaborate with local talents, like Christian Bautista with whom she recorded the new holiday ballad, “Another Silent Christmas Song.”

“Filipinos can really sing—they’re like vocal monsters, belting and doing all these crazy stuff! I’d love to work with talented artists, not only onstage, but also on record,” she said.

Jessica is recording a new album, which she hopes to finish and release next year. The sound will be R&B-leaning, which is more in line with who she is as an artist.

“I just feel that my voice sits in a beautiful pocket when I sing R&B music. I think my tone suits that genre, and I’m super excited to continue in that direction,” said Jessica, who looks up to the likes of Mariah Carey, Etta James and Aretha Franklin. “Over the years, I have let people dictate who I am as an artist. But now, I just want to do music that feels right to me.”