Esang de Torres nominated as best actress in a musical 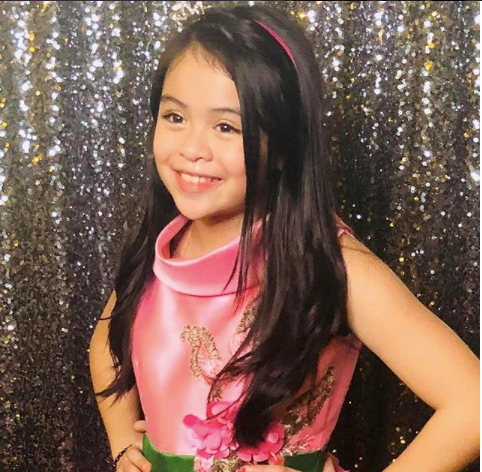 Child singer and stage actress Esang de Torres was nominated as Best Actress for her lead role in musical “Matilda” in the 2018 BroadwayWorld Philippines Awards.

De Torres on Wednesday thanked the award-giving body for the nomination and asked her followers to support her in an Instagram post.

Other actresses nominated in the same category were Aicelle Santos for “Himala: Isang Musikal,” Stella Canete-Mendoza for “Dekada ’70,” Carla Guevara-Laforteza for “Binondo: A Tsinoy Musical,” Gab Pangilinan and Kayla Rivera for “Side Show,” and Shiela Valderrama-Martinez for “Guadalupe: The Musical.”

De Torres’ alternate in the titular role as “Matilda” Felicity Kyle Napuli and Uma Naomi Martin were also nominated as Best Actress in a musical.

De Torres was one of the finalists in the second season of “The Voice Kids” with Tony Award-winning theater actress and singer Lea Salonga as her coach.

Voting for the 2018 BroadwayWorld Philippines Awards is now open at https://www.broadwayworld.com/philippines/vote2018region.cfm. Winners will be announced in January. /jpv