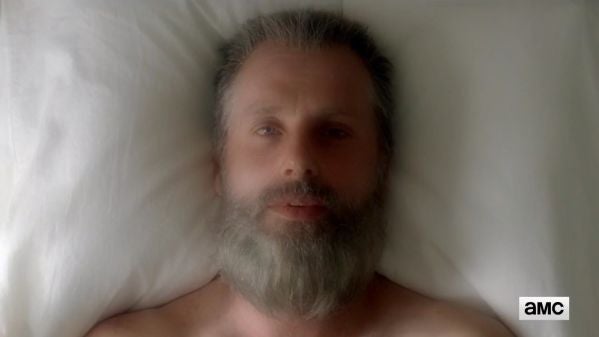 British actor Andrew Lincoln will be staying in “The Walking Dead” universe a while longer.

Since the zombie apocalypse show first debuted in 2010, Lincoln has played its lead character, Rick Grimes, a steady but troubled police officer injured in the line of duty, who wakes from a coma to discover the world is in the middle of a horrific flesh-consuming outbreak.

Having gone from stumbling survivor to community leader over the course of the show’s nine seasons to date, Lincoln left in a well-anticipated Nov. 4 departure just over halfway through Season 9.

But that’s not the end of the road for Grimes or Lincoln, with TV network AMC having unfurled plans for three feature-length films.

Each will be broadcast by AMC, and the projects’ production schedules will enable Lincoln to spend more time with his family in England, in comparison with the show.

The show had Lincoln spending nine months on set whereas the features will take two months each.

“And yet,” Lincoln told The Hollywood Reporter, “there was a part of me that thought, ‘I don’t think I’m done with the guy. I love this character; I love the world that we inhabit.'”

“I wanted to finish telling his story in the way that we began it: with a filmic sensibility on a bigger scale and a more contained story — with an endpoint,” he added.

Production on the first feature is expected to begin in 2019. KM

On ‘The Walking Dead’ set with Lincoln, Reedus and McBride