Proudly gay Calum Scott at peace with himself 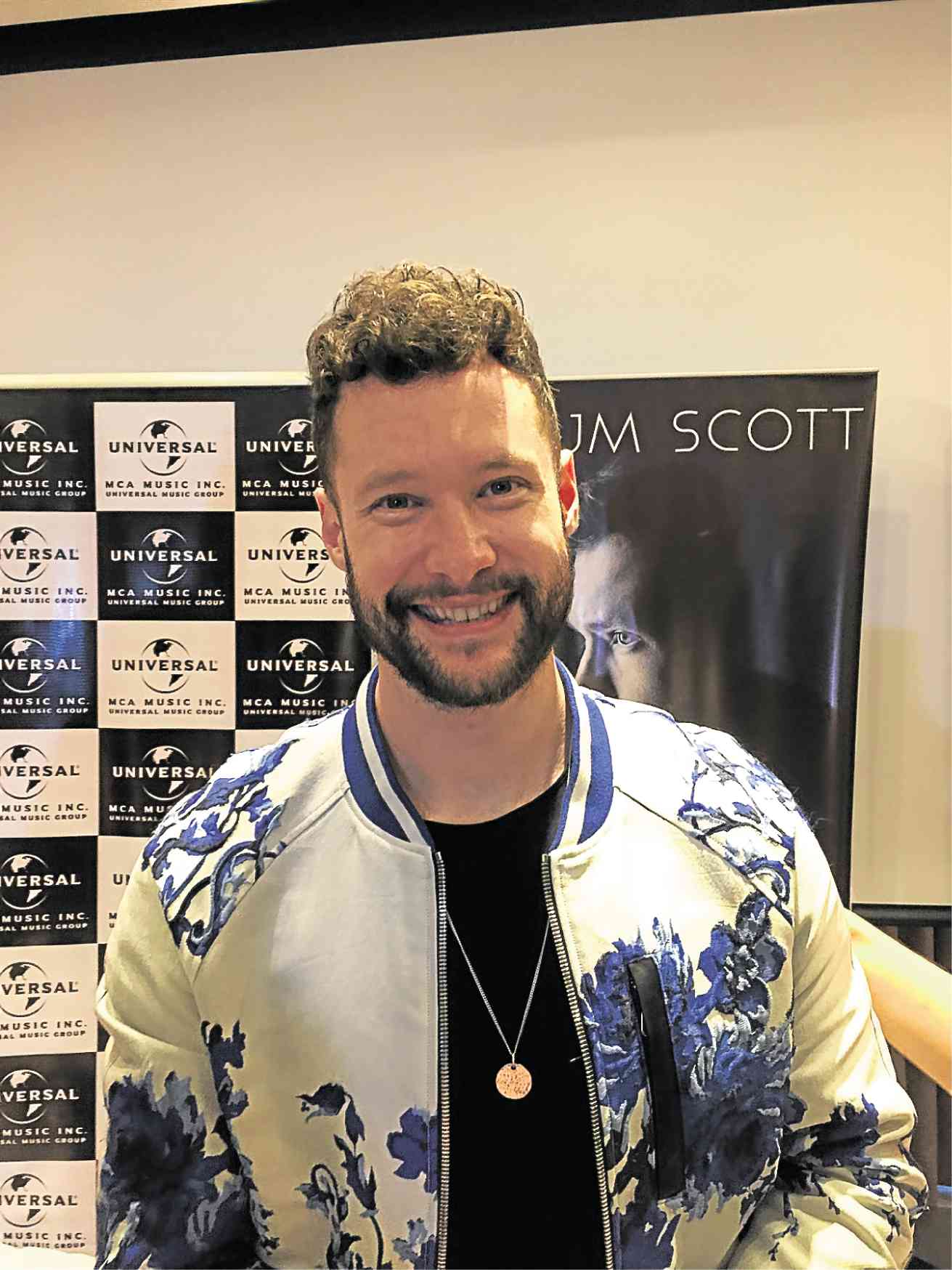 There was a tropical storm when British singer-composer Calum Scott performed on Oct.30 at the 2,500-seat Kia Theater.

Despite the bad weather, the 30-year-old British crooner didn’t disappoint his Filipino fans, whom he described among the best in the world.

It’s common for foreign musicians to flatter their local audience, but you can sense the honesty in the way Scott put it. “It takes a lot of emotional high and struggles to write songs,” he told media people a day before his Kia gig. “For a lot of people, music is about the show, the lights and all that. With Filipino music fans, they genuinely listen to songs.”

“They’re so excitable, so eager to hear the songs. They really appreciate. I would argue that Filipinos are the best [music] fans in the world,” he said.

Technically, last Tuesday’s concert was his second time in the country and his observation was based on his first show here, the one held at Grand Atrium in Shangri-La Plaza Mall on March 4, also this year.

Call it a part of an English gentleman’s DNA, but it’s that honesty that played a major role in Scott’s stratospheric rise to the international scene. In several interviews, he recounted how his coming out as gay made him a better person.

“I was suppressed for many years. From the outside, you’d think I had a very normal life. But my issues and troubles really gave me a hard time, especially in identifying my sexuality,” he said, recounting his growing-up years in Hull, a port city in East Yorkshire, England. For the longest time, he tried living a straight guy’s life.

“I work and I party. I do what everybody does. I pride myself being that guy. I talk about girlfriends. But I was ashamed of myself,” he recalled.

When he made the revelation, some of his so-called friends became strangers. It was only after he joined “Britain’s Got Talent (BGT)” in 2015 when they spoke to him. “But the conversations were brief,” he said.

Being an artist, he wrote his frustrations and came out with the hit song, “No Matter What.”

He realized the best thing that happened was how he had inspired people. Despite being a celebrity, he said coming out was not easy.

“For a lot of people, they will find some conflict or some sort of isolation,” he enthused. “One of the best things about me coming out is how it has changed other people’s lives. I never knew me being confident about myself or allow people to be confident in themselves. I have become that role model to people. I take it very seriously. The same way I am a big brother to my sister, or being an uncle to my nephew. I take any responsibility seriously. And also just being happy for who I am—not having to hide.” 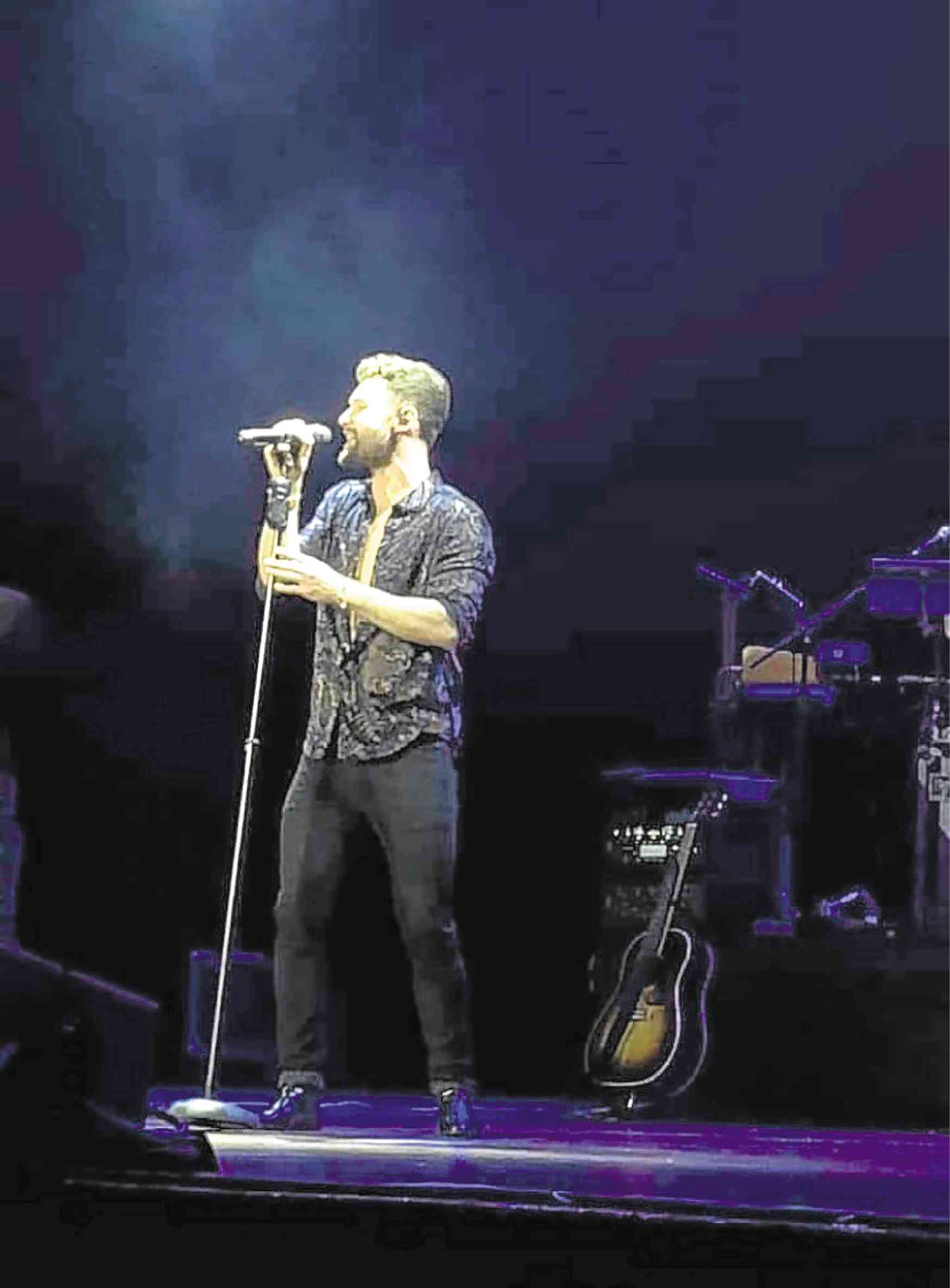 Recently, he uploaded a picture of him wearing high heels on Instagram. The reactions? “I got as much love as hatred. And to those people [who hate], I don’t have anything to say. I can thank my fans all day long. The second someone says something hateful, I don’t have time for that. There’s no room for blame, discrimination, judgment or hatred. We just have to let people live the way they want.”

As a statement, he came to a point where he thought of wearing stilettos in his concerts, but he’d make sure he’d shave his legs. “And I’ll still be wearing pants,” he said. Now that he’s hurdled this rather stormy phase in his life, the most important thing is he is living the dream.

“I used to work in an office, typing on a computer, dreaming of what I’m doing now. And I have the opportunity to do it. So, everyday is a dream come true for me. That’s why I give 110 percent in all my performances.”

His label, Capitol Music Group, recently honored him for achieving more than one million adjusted album sales and more than one billion combined streams for his debut album, “Only Human.”

“It was released early this year, and it feels good to know how it has helped people in their everyday struggles. They’ve become soundtracks in their day-to-day lives . . . For that, I can never say thank you enough. My life has drastically changed from sitting on my desk typing e-mails.”

The title track, “Dancing On My Own,” is a toned-down, slower version of the disco-electronica piece by its original composer, Swedish singer Robyn, that was released in 2010.

Scott’s melancholic rendition got the nod of snooty judge Simon Cowell when he sang it in 2015 as his first audition piece for BGT. Scott’s ballad now belongs to the annals of cover versions that charted higher than the originals.

Among his original compositions, “If Our Love Is Wrong,” hit the right spot as it tackles free love.

“I got messages every day from Instagram, Twitter,  Facebook and everywhere, the majority saying how I’ve inspired them,” he said. “That means so much because I am not here just to create pop songs, sing onstage and go home.”

“My job is to try to make the world a better place. To use my influence, my audience and my platform to say . . . look, be confident, be happy. It’s OK to not be OK.”

His latest single, “You are the Reason,” has reportedly reached more than two million global adjusted tracks. “I dedicated that to my grandmother. It was inspired by pure love. It’s also about anxiety and fear, and how I conquered them.”

Through his songs, he is happy he could be of help to anyone suffering from discrimination and all forms of suppression.

“I’ve always wanted to be that helpful. That kind of shoulder-to-cry-on guy. Music helps me do that with songs, instead of being in a room, drinking a cup of tea and people talking. This is  me now, with my music inside somebody’s headphone and just be there for them.”

After “Only Human Asian Tour,” which covers Singapore, Hong Kong and Seoul, among others, Scott said he was eager to return to the studio to write songs for his second album.

“This has been an incredible year, and I’m very excited to do the whole process of writing another album and performing live again,” he disclosed.

Lastly, he has pieces of advice to migrant Filipinos in the United Kingdom hoping to make it big via BGT.

He said: “Enjoy it because it goes by so quickly. Make sure you love it. It’s not for financial gain. Or a fame competition. If you enjoy it, and if it’s something you love to do, then you never really lose. I didn’t win at all. Winning is not the point of the whole thing. The point of it is getting in front of an audience, and showing the world what I can prove.”