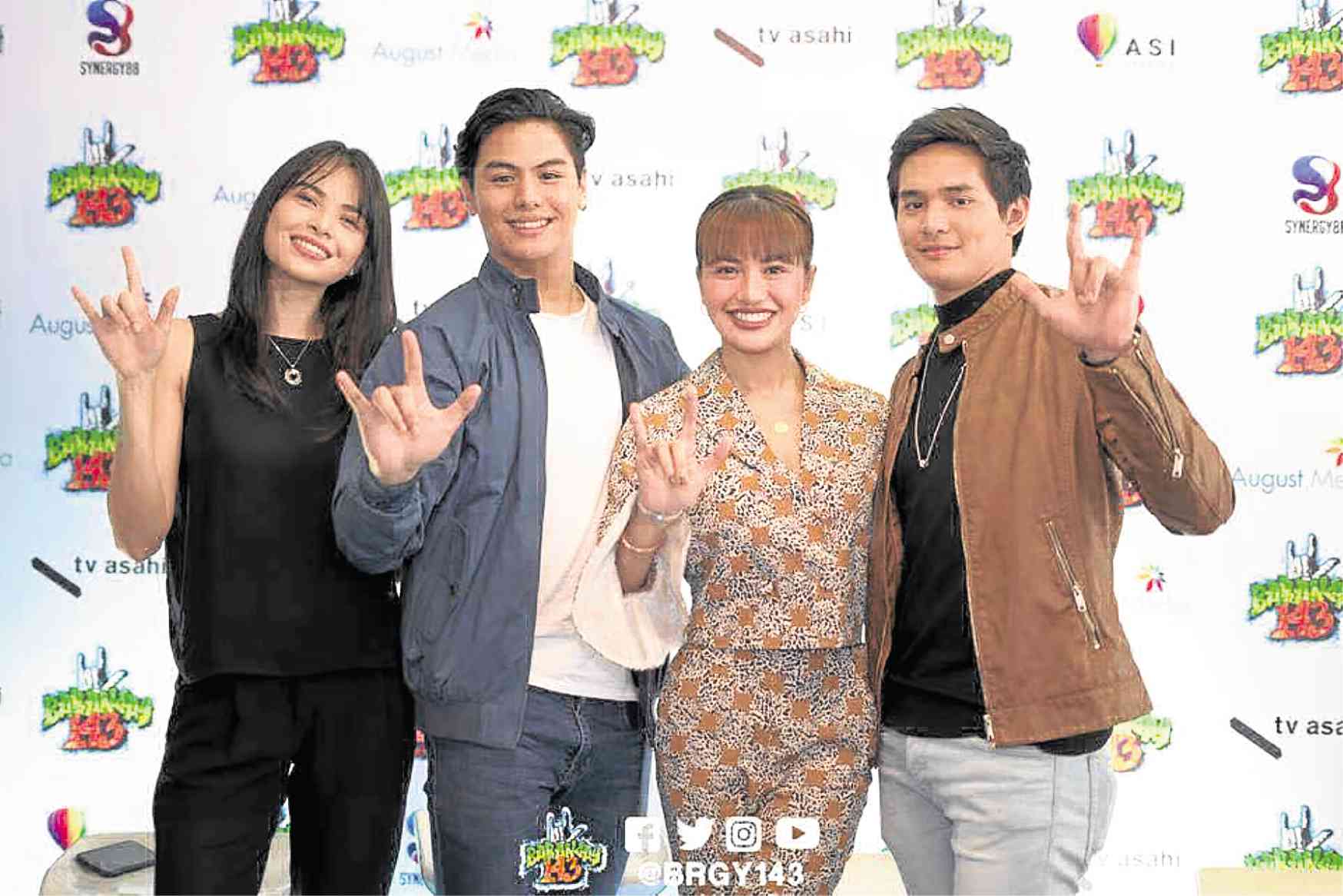 Even before “Barangay 143” premiered on GMA 7 on Oct. 21, the creators of the first Filipino-made anime series have already set their sights on capturing the Asian audience.

“The plan is to have it broadcast outside the Philippines, as well,” declared Jyotirmoy Saha, August Media executive producer of the show.

“Barangay 143,” with Ruru Madrid as the lead character Wax Rivera, is a coproduction of Synergy88 Entertainment, August Media and TV Asahi.

“We make animation for global consumption. Not many people know that some of the other shows that we’ve made were aired in more than a hundred countries,” added Saha. “We consider this a good indicator for us to start creating for the domestic market, too.”

“The others that we have done were a lot more international in terms of storytelling; this is very Filipino,” said Synergy88 managing director Jackeline Chua on why she thought the project was special compared to the others that they had produced.

“Barangay 143” takes viewers to an exciting ride inside the world of street basketball. It is a coming-of-age story of a young man in search of his father, and how he finds an unlikely family in a team of misfits trying to bring glory to their hometown.

“The Philippines has so many young people. They occupy a large portion of the population. We want to make something new for them,” added Chua.

Before its TV debut, the project took viewers to a ride around the metro aboard the special “Barangay 143” LRT 2 train coaches. Commuters caught these coaches, which were designed with the lead characters Bren, Vicky, Wax and Coach B, along Aurora Boulevard in Quezon City.

Except for Gil, Dixson and Amador, the cast members underwent audition sessions and passed, said Saha.

“We needed to make sure that the actors we chose were similar in age to the characters they’re portraying. We did a lot of audition sessions to figure out who fits well,” he added. “It’s all about getting the right mix.”

“Barangay 143” also went to different districts for its “3-on-3 Celebrity Challenge and Miniconcert.” Gamers further experienced hard court action on their mobile phones and followed the journey of Wax Rivera in the “Barangay 143 Street League” downloadable version on Google Play and App Store.