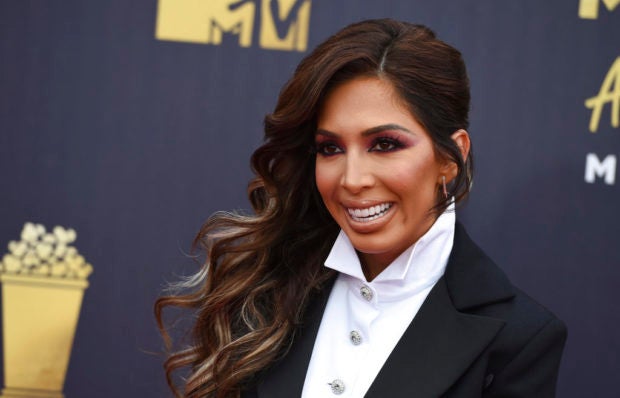 FILE – In this Saturday, June 16, 2018 file photo, Farrah Abraham arrives at the MTV Movie and TV Awards at the Barker Hangar in Santa Monica, Calif. Reality TV star Abraham has pleaded guilty to a misdemeanor stemming from a scuffle with security at the Beverly Hills Hotel. Abraham pleaded guilty in a Los Angeles court Friday, Nov. 2, 2018, to a charge of resisting police. Image: Jordan Strauss/Invision/AP, File

LOS ANGELES — Reality TV star Farrah Abraham has pleaded guilty to a misdemeanor stemming from a scuffle with security at the Beverly Hills Hotel.

Abraham pleaded guilty in a Los Angeles court Friday to a charge of resisting police. The 27-year-old was sentenced to two years’ probation and five days of community labor.

Police say Abraham was arrested June 13 after a security guard said she hit him when he asked her to leave the hotel’s lounge because of complaints from guests. Prosecutors say she also refused to comply with police orders after they were called.

A misdemeanor charge of battery was dropped under a plea agreement.

A message left for a representative for Abraham wasn’t immediately returned. MKH