This year, celebrities showed commitment to the characters they chose for Halloween. From Anne Curtis to Liza Soberano, showbiz stars did not hold back in fulfilling each detail of their costume, from wearing wigs to putting on hard-to-remove makeup.

Soberano went as Pennywise from “It” while her love team partner Enrique Gil was in clown-inspired makeup too as Batman’s Joker.

Onscreen partners Maymay Entrata and Edward Barber also did not hold back with their hair-raising costumes as killer dolls Chucky and his bride.

Meanwhile, actress Sue Ramirez decided to go for a friendlier character, Princess Mia Thermopolis from “The Princess Diaries” before her royal makeover.

Actress Elisse Joson partied as a pirate, particularly as Penelope Cruz’s Angelica from “Pirates of the Caribbean: On Stranger Tides”. 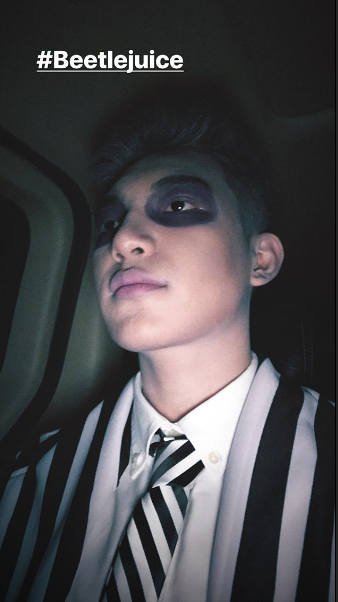 Others took their looks to television, ensuring that viewers were further treated to the best costumes.

Model Maureen Wroblewitz went as a 1960s space zombie for “Eat Bulaga” and even did her own bloody makeup.

“It’s Showtime” host Vhong Navarro went beyond the usual makeup and wig for his Sweeney Todd look, even using prosthetics for his nose.

Mariel Padilla also used prosthetics on “It’s Showtime” for her look as Elphaba from the hit musical “Wicked”.

As for Maine Mendoza, she was in her element in her costume — giving laughs while dressed as a woman caught in the toilet, complete with a newspaper.

She said of her costume: “Me giving a crap about halloween.” JB

LOOK: Celebrity kids who are too cute to be scary on Halloween