Meanwhile, Bang posted moments from their dinner in a series of Instagram stories. 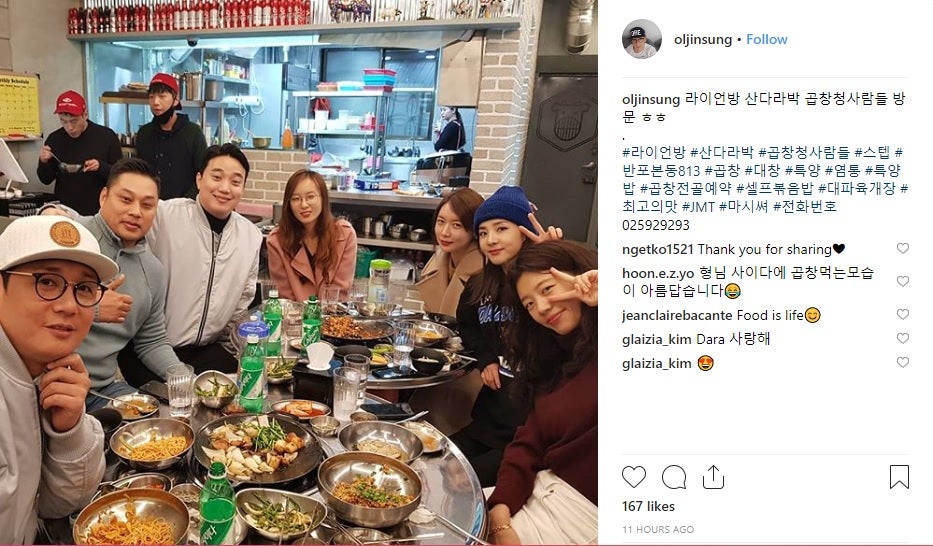 Park and Bang reportedly first met in 2011 when the Korean pop star visited the Philippines for a vacation.

Bang rose to fame after he joined as housemate of reality television show “Pinoy Big Brother” in 2010.

Park, on the other hand, was runner-up in 2004 Kapamilya talent search “Star Circle Quest” and dubbed as “Pambansang Krungkrung.” /cbb