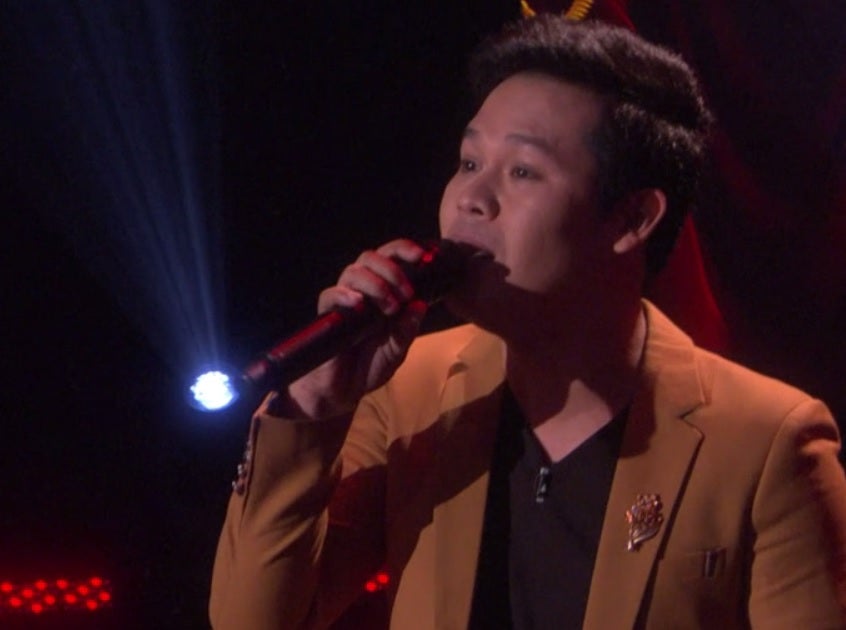 Marcelito Pomoy performs on ‘The Ellen Show.’ SCREENGRAB FROM THE ELLENTUBE.COM

“Pilipinas Got Talent” Season 2 Grand Winner Marcelito Pomoy wowed the studio audience of “The Ellen Show” with his ability to sing in both soprano and tenor.

As seen in the video uploaded by ellentube.com on Tuesday, Pomoy performed his “duet” of Andrea Bocelli and Celine Dion’s “The Prayer” and Disney classic “Beauty and the Beast.”

During the interview, the 34-year-old singer told host Ellen DeGeneres that he did not believe that he was invited to the show until he received the tickets to Los Angeles.

“So, well, here you are. Because you’re amazing,” DeGeneres told Pomoy.

Pomoy also narrated how he left home when he was young and had to get through the day with the P50 he earned from being a pin boy at a bowling alley.

After performing “Beauty and the Beast,” DeGeneres surprised Pomoy with a trip to see his favorite singer, Celine Dion.