‘Halloween’ carves up another $32 million to top box office 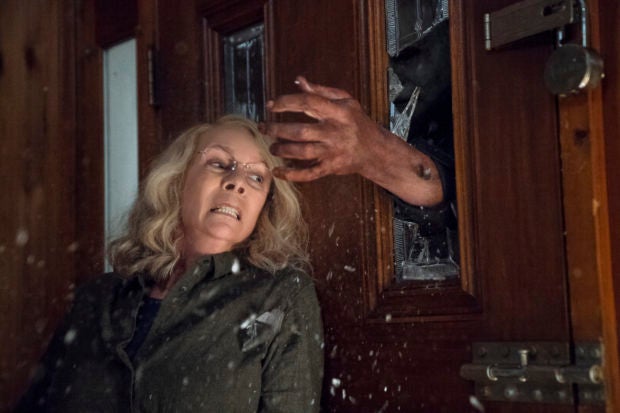 The top four films were all unchanged at the North American box office, according to Sunday estimates, as Hollywood left “Halloween” to dominate the pre-trick-or-treating weekend. The sequel to John Carpenter’s 1978 original, starring the 59-year-old Curtis as Laurie Strode, last week notched the biggest opening ever for a film with a female lead older than 55.

The Blumhouse Productions film, distributed by Universal Pictures, is already one of the highest grossing slasher films ever, with $126.7 million in ticket sales (plus another $45.6 million international) on just a $10 million budget. “Halloween”, directed by David Gordon Green, slid a relatively modest 58 percent — especially good for a horror release — after setting a record for an October debut last weekend.

That trio of “Halloween”, ”Venom” and “A Star Is Born” has driven the October box office to a new high. With a few days to go, monthly ticket sales have already surpassed the record of $757.1 million from 2014, according to comScore, with $789.9 million in sales in October — traditionally a fairly sleepy month in movie theaters.

The submarine thriller “Hunter Killer”, was deep-sixed with $6.7 million. The Lionsgate release and Millennium production, stars Gerard Butler, Gary Oldman and Common. Like previous Butler-led action films like “Den of Thieves”, ”Geostorm,” ”London Has Fallen” and “Gods of Egypt”, ”Hunter Killer” received poor reviews (36 percent “fresh” on Rotten Tomatoes). But those films also fared far better abroad than in the U.S., something “Hunter Killer” will hope to repeat.

Other films in nationwide release also struggled to come anywhere close to the strong holdovers.

“Johnny English Strikes Again”, the third film in the 15-year-old Rowan Atkinson comedy franchise, opened with a mere $1.6 million, though it, too, was designed with more of an international focus. (It’s already earned $107.7 million overseas.)

The long-delayed “London Fields”, starring Amber Heard, notched one of the worst openings in years, grossing a minuscule $160,000 from 613 theaters. The film had been tied up for three years in legal disputes, including a suit between Heard and producers over nudity in the film. (“London Fields” sported a 0 percent “fresh” rating from Rotten Tomatoes.)

One new bright spot was Luca Guadagnino’s remake of the horror classic “Suspiria”. Opening in just two theaters, it debuted with a very strong per-screen average of $89,903 for Amazon Studios, a good start for Guadagnino’s follow-up to the Oscar-winning “Call Me By Your Name”. His “Suspiria” has been somewhat divisive among critics (69 percent “fresh” on Rotten Tomatoes).