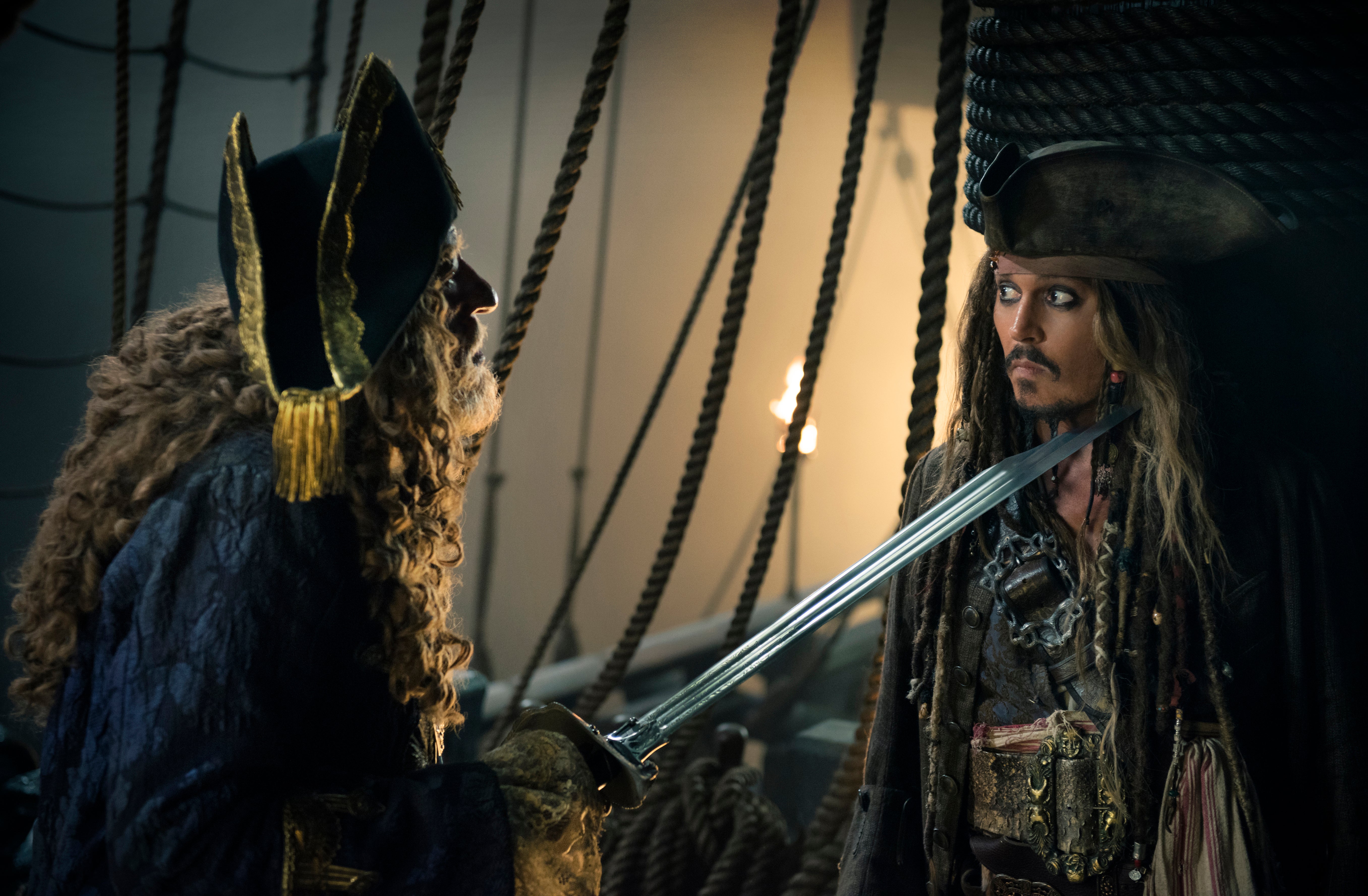 In this image released by Disney, Geoffrey Rush portrays Barbossa, left, and Johnny Depp portrays Captain Jack Sparrow in a scene from “Pirates of the Caribbean: Dead Men Tell No Tales.”  Image: Peter Mountain/Disney via AP

Actor Johnny Depp has been axed as Captain Jack Sparrow, one of his most beloved roles, in the “Pirates of the Carribean” franchise.

“I think he’s had a great run,” the movie’s writer Stuart Beattie was quoted in a Daily Mail report released Thursday.

Beattie added that Depp’s role as Sparrow “will be his legacy.” “It’s the only character he’s played five times, it’s the character he dresses up in to visit children in hospitals, it’s what he’ll be remembered for.”

Deadline first reported that the “Pirates of the Carribean” franchise was exploring a reboot, with Disney talking with writers Rhett Reese and Paul Wernick, who wrote the two “Deadpool” movies.