Ex-frontman of ‘My Chemical Romance’ to release new song 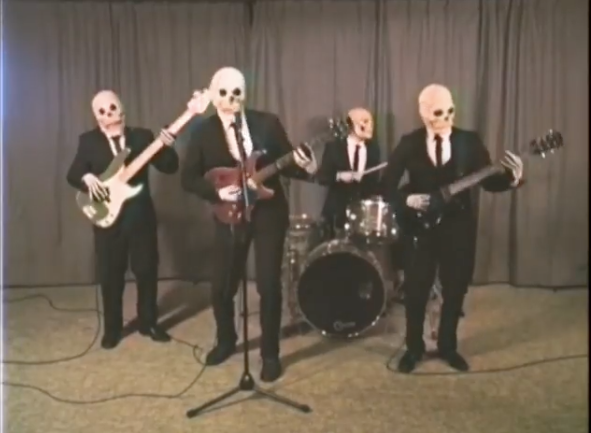 A screenshot of the music video of Gerard Way’s “Baby You’re A Haunted House.”

Former My Chemical Romance frontman Gerard Way is set to release a new track just in time for Halloween.

Way surprised his fans after unexpectedly posting a teaser on Tuesday for his new song “Baby You’re A Haunted House” via Instagram post.

In the video, a band of skeletons dressed in suits play a snippet of the upcoming punk rock song to be released on October 26.

Netflix adapted their graphic novel and is set to launch a 10-episode drama in 2019.

Way was the lead vocalist and co-founder of rock band My Chemical Romance from its formation in 2001 and its split in 2013.  /jpv