Watch out, Grace Lee–Jon’s out to get you 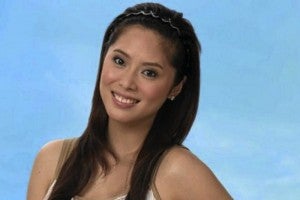 “I’m studying her look, vocal quirks and speech pattern,” Santos told Inquirer. “She’s slim, glib and pretty. That means I have to go on a diet again and avoid carbs, to fit in her costumes.”

Perhaps he should have a hanbok (Korean national costume) made, pronto—in the same way that he nagged his seamstress to rush the fuchsia senator-judge’s robes of Senator Meeryam Defensive for his spiels related to the ongoing impeachment hearings.

As part of lessons learned from esteemed mentors Willie Nepomuceno and Tessie Tomas, Santos endeavors to deliver not just superficial impersonations, but vivid and pitch-perfect facsimiles of the rich and infamous.

“Fortunately, in this age of YouTube, I can watch videos of Grace online to master her style and catch some sound bites,” he said.

As luck would have it, Santos and Lee have the same manager: Arnold Vegafria.

Having Grace Lee in his repertoire in a post-Valentine show, “Love in 3D” (at Resorts World Manila’s Newport Performing Arts Theater on Wednesday) is an example of a last-minute script revision to catch up with the news.

“I’ve often had to change the script a day before a show,” Santos revealed.

He admitted that the unpredictable nature of Philippine politics and show biz is both boon and bane for stand-up comics like him.

“Jokes fall on my lap,” he explained. “To paraphrase Charles Dickens, the worst of times is the best of times for political satirists.”

Santos earlier noticed that after the “euphoric” 2010 presidential election, he and his team had a hard time putting a script together. “It had no bite. It’s not easy to write satire when people are not agitated.”

These days, however, political comedians are having a ball, he said.

He initially envisioned “Love in 3D” as a tribute to his three favorite divas: Ate Vee, Armida Sigyon-Macareyna and Chareez Pempensarepengco.

“But Filipinas are so fascinating and colorful,” he recounted, “that we kept adding and adding to our list, from Mommy Dyuning to Shalalani. From 3D, we may end up with three dozen divas. Humabol pa sina Grace Lee at Grace Ibuna! Plus me. Diva rin ako. Di babae!”

A post-V Day concert is just what the doctor ordered for Santos, actually.

“It keeps me busy and distracted because my husband (American businessman West Stewart) is often abroad for work,” Santos said. But for Love Day, Stewart is planing in. “He’ll catch the dress rehearsals and the show.”

Hunt out for man caught ‘defecating’ in Intramuros