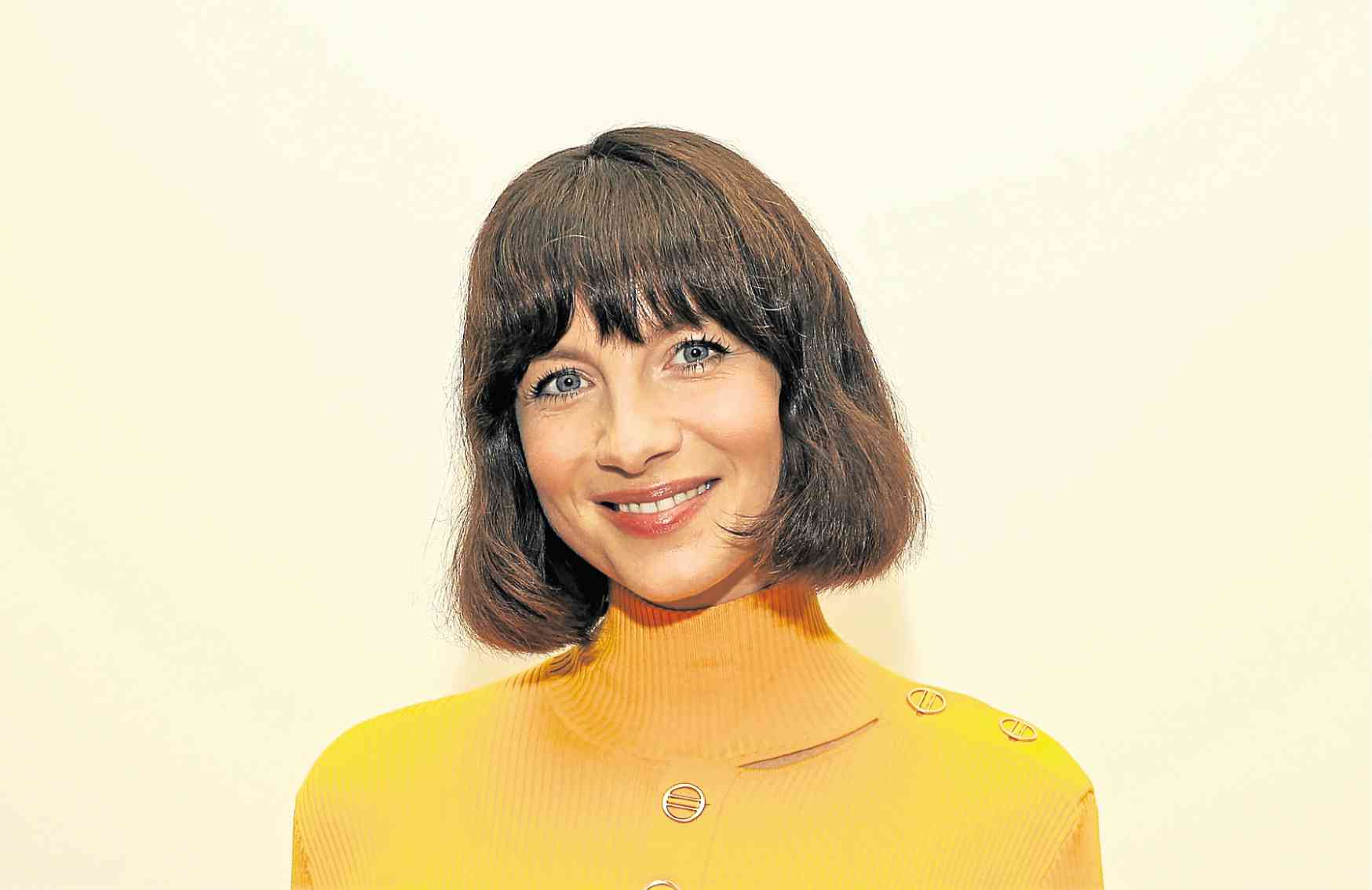 LOS ANGELES—“Shhh,” Caitriona Balfe reacted with a smile when she was asked recently about turning 39. The “Outlander” star looked stunning in a yellow turtleneck and a black skirt.

“If the next 40 years of my life are like the previous 40, then I’m very excited. It will be, yeah, bring on the adventure.”

Excerpts from our chat in Los Angeles:

Claire and Jamie are now in America. Can you talk about their journey and how it would change them? A big part of the reason that Claire, especially in the beginning, and Jamie later, decide that they want to stay in America is that emotional bond.

First of all, for Claire, having raised her daughter in America, it’s such an emotional bond for her there. But for Jamie, it’s this idea that this is the land that will become his daughter’s land.

And if he could have a chance to shape the politics or direction of that country, then he would want to do that for the betterment of his daughter’s future. So it’s a really beautiful emotional tie that they have with the land.

As someone who is an immigrant in many ways myself—I moved to America when I was in my early 20s—there’s something beautiful about when you arrive in a new country and embrace it so much, yet you retain much of what you brought with you.

It was gorgeous to watch Jamie and Claire never abandon their Scottishness or their Englishness, but embrace America as an opportunity to build a new home. 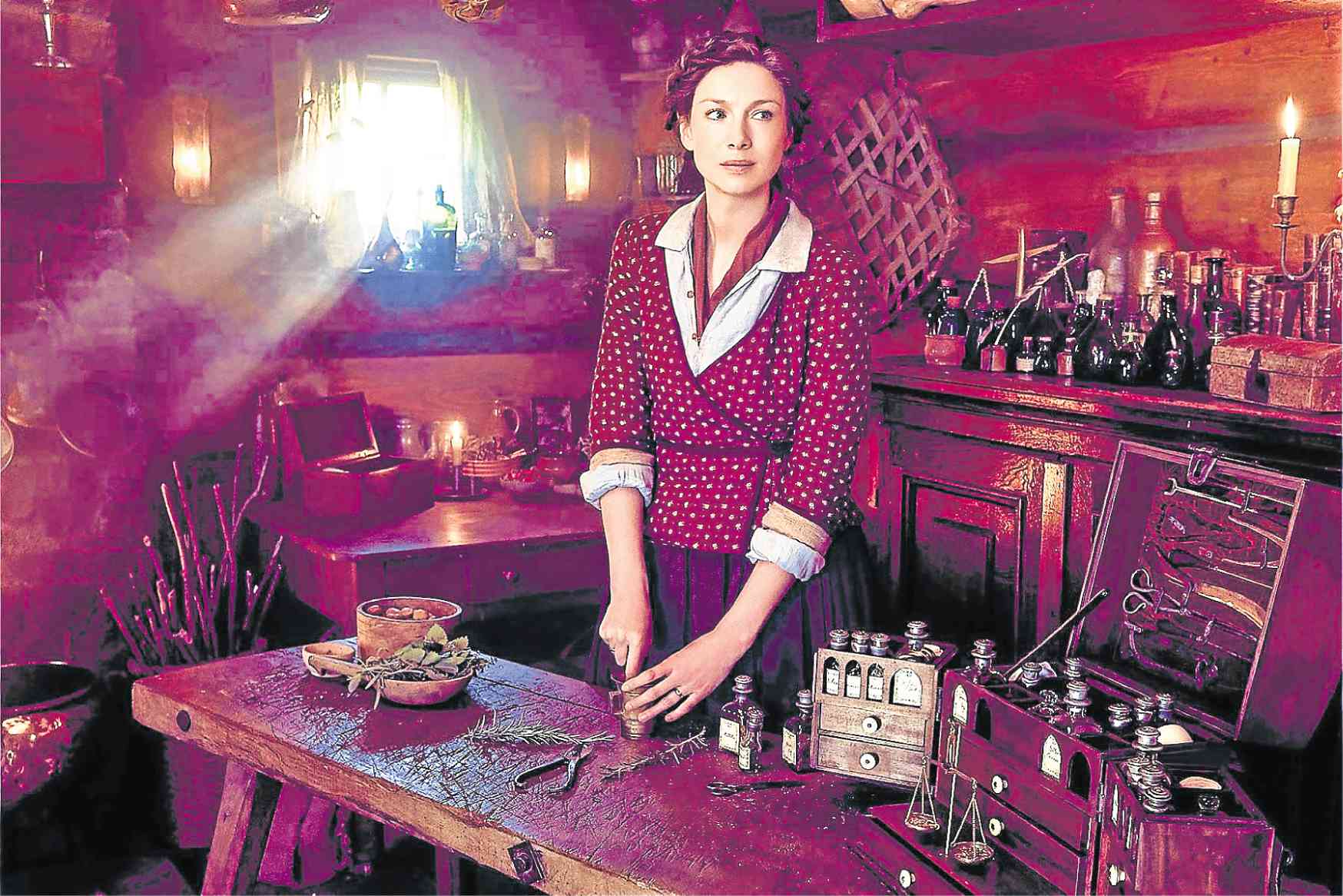 Caitriona Balfe as Claire Randall in “Outlander”—Photo by Starz

You and Sam have become close friends. Do you just laugh now when you shoot your intimate scenes? Primarily, you have to go into any scene putting your character first. Sam and I are such close friends, but when action gets called, it’s Claire and Jamie.

That’s what’s important in a scene. You go forward with what the characters’ needs are, where the characters are. But, it’s so great that we’re such good friends.

When you talk about how scenes are going to go, whether they are the love or fight scenes, he and I have each other’s back.

But we also understand where [we] are at. We’re just able to have a shorthand with each other. That really helps us at this point.

Since the show is taking place in America, do you shoot here or still in Scotland? We’re still in Scotland. They looked at the possibility of shooting in North Carolina but, logistically, we’re an Equity show, not a SAG show, so changing those things would have been very difficult.

The reason that so many Scottish people settled in North Carolina, Virginia and the Appalachians is that the landscapes are very similar to Scotland.

Also, Gary Steele and his production design team have done the most incredible job.  We’re using a lot of built sets, and they look amazing.

Since your engagement to Tony McGill, have you had the time to make plans for the wedding? No, all of my friends are about to absolutely give up on me because I’ve not planned one thing since.

We finished “Outlander” at the beginning of July, and I started the film (“Ford v. Ferrari”) at the end of July. So if anyone else wants to plan a wedding, just give me your number later and I’ll be very happy to show up whenever it’s ready.