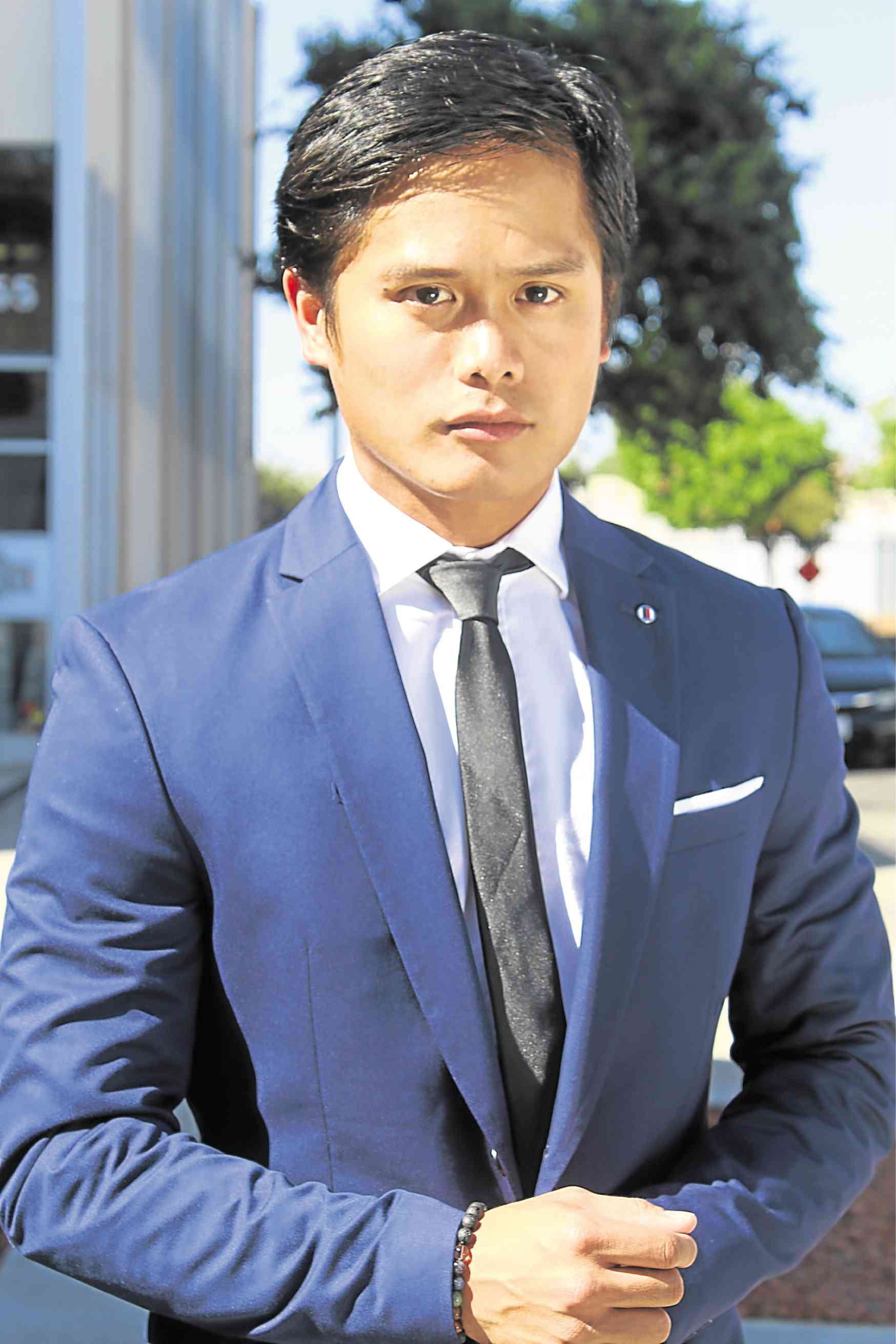 It’s not easy having a hunk—make that, an award-winning hunky actor—as an older brother.

Growing up in the shadow of Derek could’ve daunted lesser souls, but DA was eager to carve his own niche as an actor.

His father wanted him to join the family’s security business, and he tried it out for a while. “But I was unhappy,” DA recalled. “Dad was disappointed, but he knew I had to follow my heart and pursue my dreams.”

The lure of acting proved irresistible, and DA (or Derek Andrew) was determined to master the craft.

He studied musical theater at the Liverpool Institute for Performing Arts, Shakespeare at the Royal Academy of Dramatic Arts and recently graduated with a Bachelor of Arts degree from the New York Film Academy.

Currently based in Los Angeles, he is pounding the city streets, trying out for roles onstage and onscreen.

He was in the cast of the play “Malcolm,” directed by Kenn Sabberton at The Shakespeare Center of LA. He also made a short film, “Pangako” (Promise),” directed by Christian Lat and written by Blasgil Tanquilut, and costarring his best buddy Warren Carman.

He is now represented by Oliver Carnay of International Artists PR & Talent Management.

DA told the Inquirer that big bro Derek had shared simple pieces of advice to him: “Keep your head up. Never give up, and never take anything personally. Once you master that, you’ll accomplish anything.”

One item on his wish list is to act with his brother.

“Of course, I’d love to do a project with Derek! I’ve seen many of his works and I’d say my favorite would be ‘English Only, Please,’” DA quipped. “His performance was truly genuine.”

Derek, for his part, is fully behind his kid brother as he embarks on this new adventure.

Derek shared with the Inquirer: “I’m very happy for Derek Andrew. It’s his passion. Ever since he was a little boy, he loved to sing and dance. I told him: ‘Keep believing in yourself, and don’t let rejection or criticism bring you down.’”