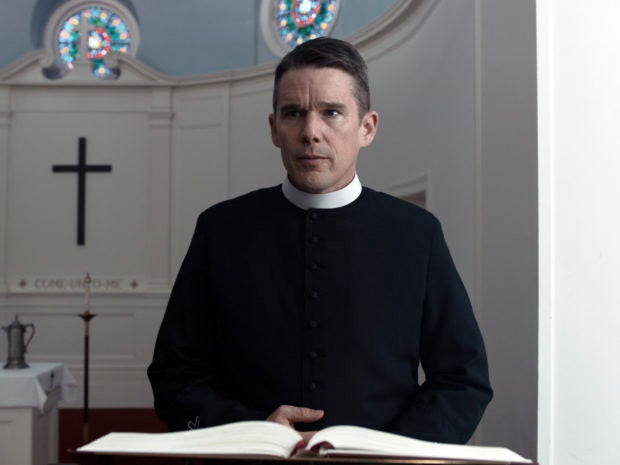 This image released by A24 shows Ethan Hawke in a scene from “First Reformed.” Paul Schrader’s religious thriller is the leading nominee for the 28th annual Gotham Awards, including nods for best feature and best actor for Hawke. The awards will be handed out Nov. 26 in New York. Image: A24 via AP

The period drama “The Favourite” snagged two nominations and its actresses, Olivia Colman, Emma Stone and Rachel Weisz, will receive a special jury prize for their performances.

The other nominees for best feature include: “If Beale Street Could Talk”, ”Madeline’s Madeline” and “The Rider”.

The hit Mr. Rogers film “Won’t You Be My Neighbor?” was nominated for best documentary.

The awards will be handed out Nov. 26 in New York. CC

Ethan Hawke on his reunion with Julie Delpy

Hard-knock lessons from ‘Before Midnight’