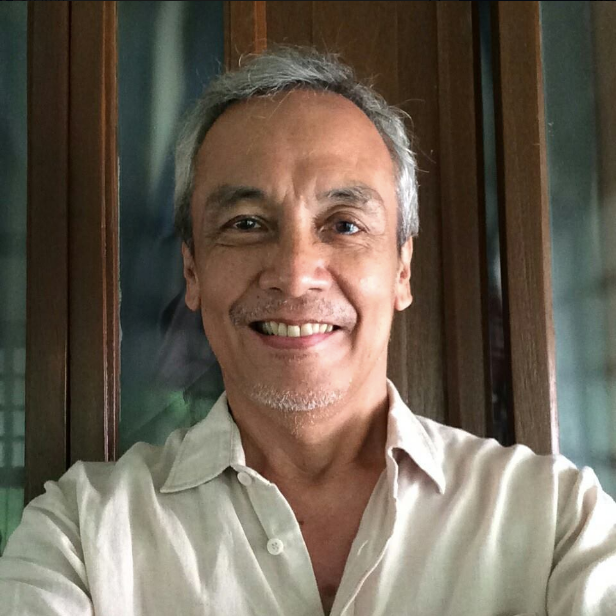 Jim Paredes called out a Facebook page supposedly linked to the Tulfo brothers for using a fake photo of Boracay Island.

This started when a Facebook page named Tulfo Brothers page, having a profile picture of Ramon, Erwin and Ben, shared a photo that it claimed was Boracay last Sept. 25. It read: “Ganito na kaganda ang Boracay. Salamat kay Tatay Digong (This is how beautiful Boracay is now. Thanks to Digong).” 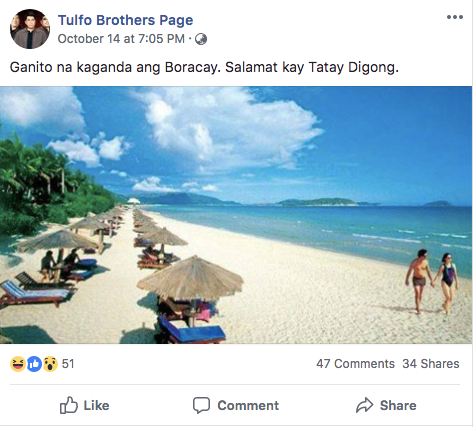 The singing legend and activist then took notice on Twitter Wednesday that the photo was fake. “Indonesia. Not Boracay. Fake news from Tulfo brothers.” 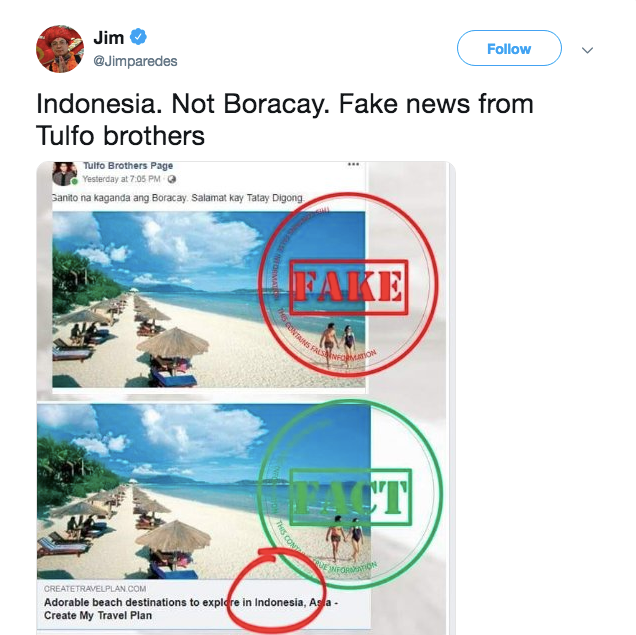 However, a tour website from China, China Connections Tour (china-tour.cn), showed the photo as having been taken in Asian Dragon Bay in Hainan province. 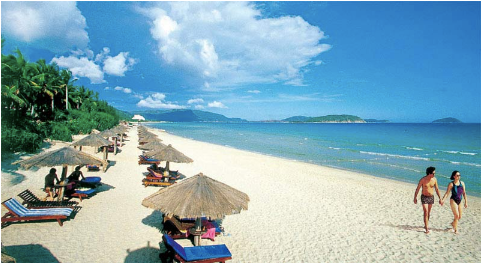 Other Facebook netizens also noticed the fake photo on Facebook, with one asking others to report the supposed page.

The Tulfo Brothers have yet to speak up on the issue, as of this writing.  /ra