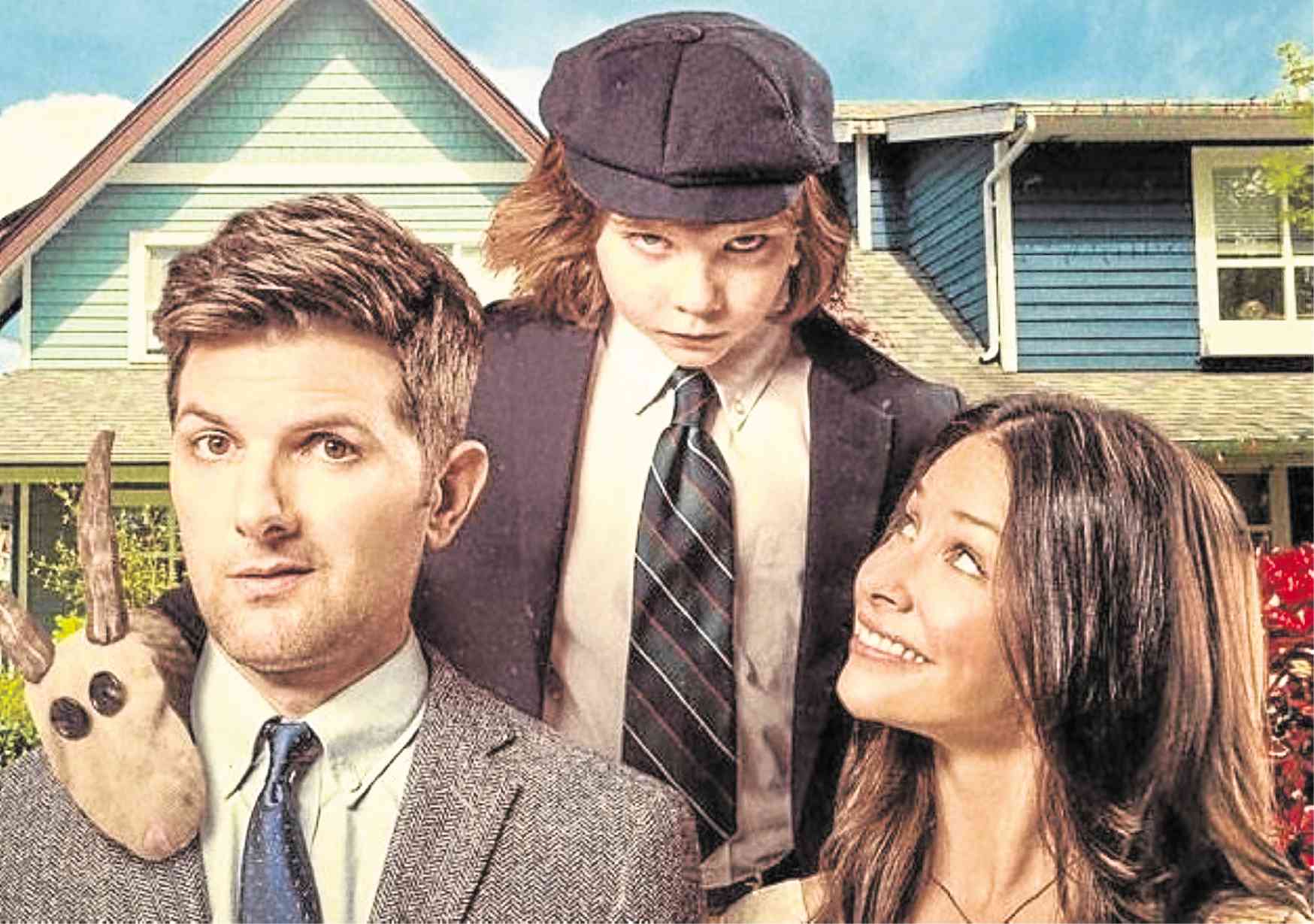 Children can be frightful and menacing, as epitomized by the “creepy kids” horror subgenre that has spawned the scary likes of “The Exorcist” and “Orphan.” A film that is streaming on Netflix, “Little Evil,” pokes fun at all that—and, although it’s not an exemplary piece of satire, it manages to give a straightforward parody of familiar horror films and tropes.

The boy in Eli Craig’s film, Lucas (Owen Atlas), is supposed to resemble Damian from the 1976 film “The Omen,” and they do possess similar characteristics—Lucas is unnervingly quiet, has a piercing stare and, oh, he’s heavily hinted to be the offspring of a diabolical being.

With inexplicable disasters happening during the wedding of his mom, Samantha (Evangeline Lilly), and new stepdad, Gary (Adam Scott), as well as during a birthday party, the parents have no clue that they’re actually raising the so-called Antichrist—until someone else who has access to incriminating footage figures it all out!

Gary becomes wary of the boy, especially since most of the latter’s previous adoptive fathers have died in bizarre ways. Too bad that Samantha is in denial, explaining that the boy was conceived during a questionable cult activity when she was young and naive.

These strange events seemingly coincide with the arrival of an obviously sinister priest (Clancy Brown), who plans to move into an abandoned nunnery.

Apart from “The Omen,” “Little Evil” also briefly spoofs the horror classic “Poltergeist.” There isn’t anything earth-shaking about the film, as it often comes off as an asinine romp, but it’s nevertheless watchable for those escapist reasons, as well as the cast. There’s a fun dynamic between Scott and his best buddy, the burly lesbian Al (Bridget Everett), who figure out ways of dealing with the problem.

Sally Field makes a brief appearance as the sweet and shady Miss Shaylock from Child Protective Services. Her few scenes are so irrepressibly droll, even when much of the proceedings are inconsequential.

Still, “Little Evil” can be heartwarming, and offers a “nature versus nurture” dichotomy amid its freaky paranormal incidents.