‘Elon-chan’ a ‘Your Name.’ fan, wants to build mecha 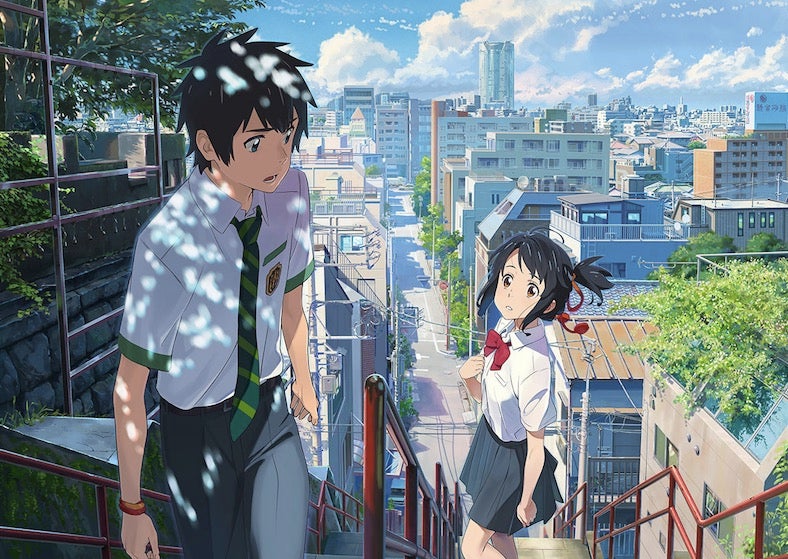 Elon Musk, the man who wants to bring humanity to Mars, has a soft spot for anime and geek culture.

Twitter users were surprised when the Tesla and SpaceX CEO tweeted his appreciation for the anime movie blockbuster “Your Name.” on Oct. 14. The tweet has since been retweeted nearly 20,000 times with nearly 85,000 likes as of this writing. 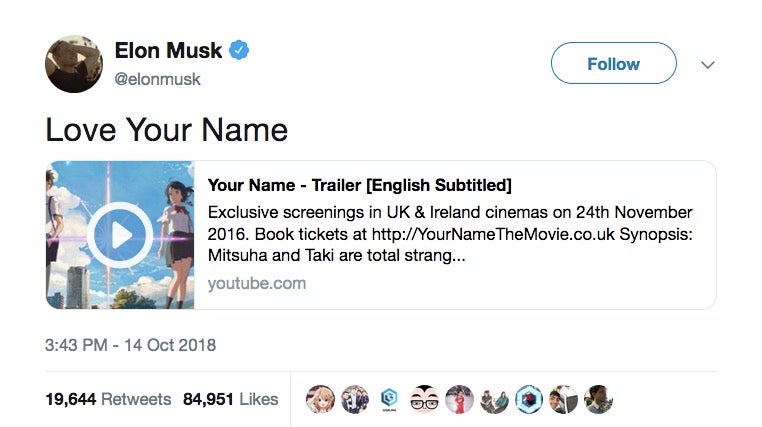 Twitter user and artist Denise (@SURUdenise) quickly asked if Musk had watched the iconic ’90s anime series “Evangelion.” Musk simply replied “NERV,” which refers to the organization that built the iconic biological robots of the show.

Stephanie L. Jackson (@StephanieeeeeJ) then asked Musk about his thoughts on Studio Ghibli and Hayao Miyazaki’s Oscar-winning “Spirited Away.” Musk said the film was great but that he also loved “Princess Mononoke” from the same studio and director.

For Musk’s knowledge of geek culture, user spicy boy (@shawnwasabi) nicknamed him “weeblon musk.” Musk corrected this because he preferred to be called the cuter “Elon-chan.”

A “weeb” or “weeaboo” is a person who is not Japanese but wants to be Japanese and is obsessed with Japanese culture. The word is also used as a derogatory term, similar to “nerd,” for someone whose hobby involves anime and various Japanese pop culture references.  Meanwhile, the Japanese suffix “-chan” is usually attached to names to indicate cuteness or endearment.

Musk’s last tweet for that day truly solidified his love for anime culture when he said it was “time to create a mecha,” or a giant fighting anime robot. Given his accomplishments with Tesla and SpaceX, and the fact that he’s an engineer, Musk could just make every giant robot and Gundam fan’s fantasy a reality.