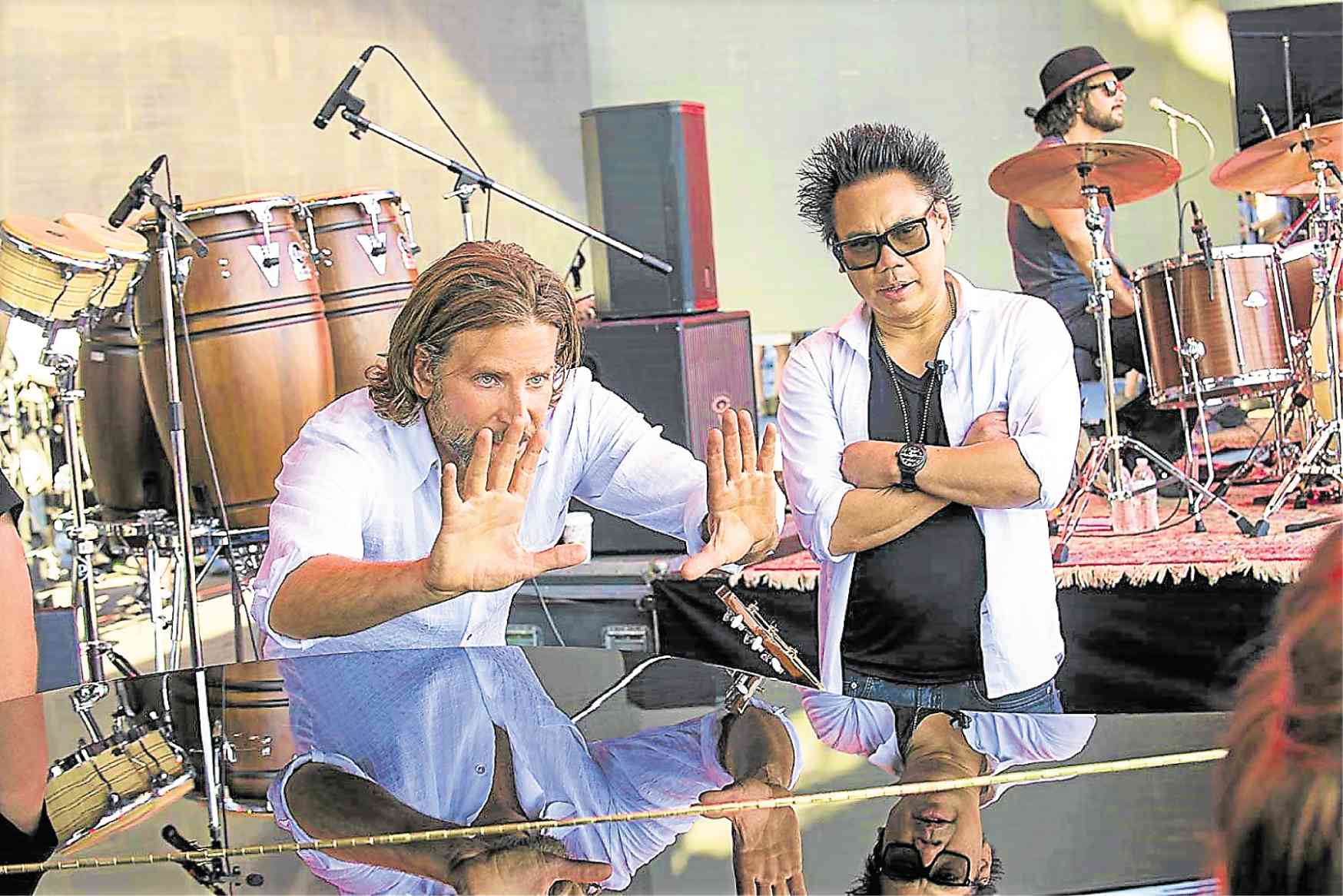 Matthew Libatique (right) with “A Star Is Born” actor-director Bradley Cooper on the set —PHOTO COURTESY OF WARNER BROS. PICTURES

LOS ANGELES—In part two of my column featuring my interview with Filipino-American cinematographer Matthew Libatique, he talks some more about “A Star Is Born,” the acclaimed feature directing debut of Bradley Cooper, who costars with Lady Gaga.

This early, there’s awards buzz for Matthew’s camerawork. IndieWire wrote that “A Star Is Born” “puts cinematographer Matthew Libatique (‘Black Swan’) back in the running again for his first Oscar.”

HuffPost predicted, “In the technical fields—key to dominating the Oscars—Matthew Libatique should waltz into Best Cinematography for his inspired camerawork.”

As for “A Star Is Born,” Matthew discussed its own set of challenges, especially shooting the outdoor concerts where he, Bradley and the crew sometimes only had a few minutes to shoot, since they only borrowed stage time from Willie Nelson or Kris Kristofferson.

“We had three different versions of shooting onstage,” Matthew explained. “One was where we had somebody else’s stage and we were allowed to use it. And there was the Greek Theater (in Los Angeles) version, where we actually built the set and had control of it.

“Then, there was when we got 10 minutes after Willie Nelson at Stagecoach (California) to shoot. Or we got four minutes before Kris Kristofferson at Glastonbury (England). In all cases, what helped us was that we knew what the language was.

“But for me, the biggest challenges were Coachella and Stagecoach. A lot of the stress or anxiety I felt about those scenes was like, how do I get the light in the right place?

“There’s a performance in ‘A Star Is Born’ where Lady Gaga (as Ally) is playing the piano as an encore at a place that used to be called Arizona Sky. She’s on the piano and he (Bradley’s Jackson Maine) makes her do the encore, and she doesn’t want to do it.  That stage, lighting-wise, was set up for somebody else, so I had to figure out where to put the light for that.

“After that, we had to go to the Greek Theater weeks later and I wanted it to feel like Jackson Maine was a real musician who was on tour. The challenge was blending these stages where the lighting wasn’t mine.”

On what qualities Bradley has that made his directing debut successful, Matthew shared, “He’s got honesty and respect for people. He doesn’t waste time on silly things. He has the advantage of, first of all, being very intelligent, and he is such a quick learner. 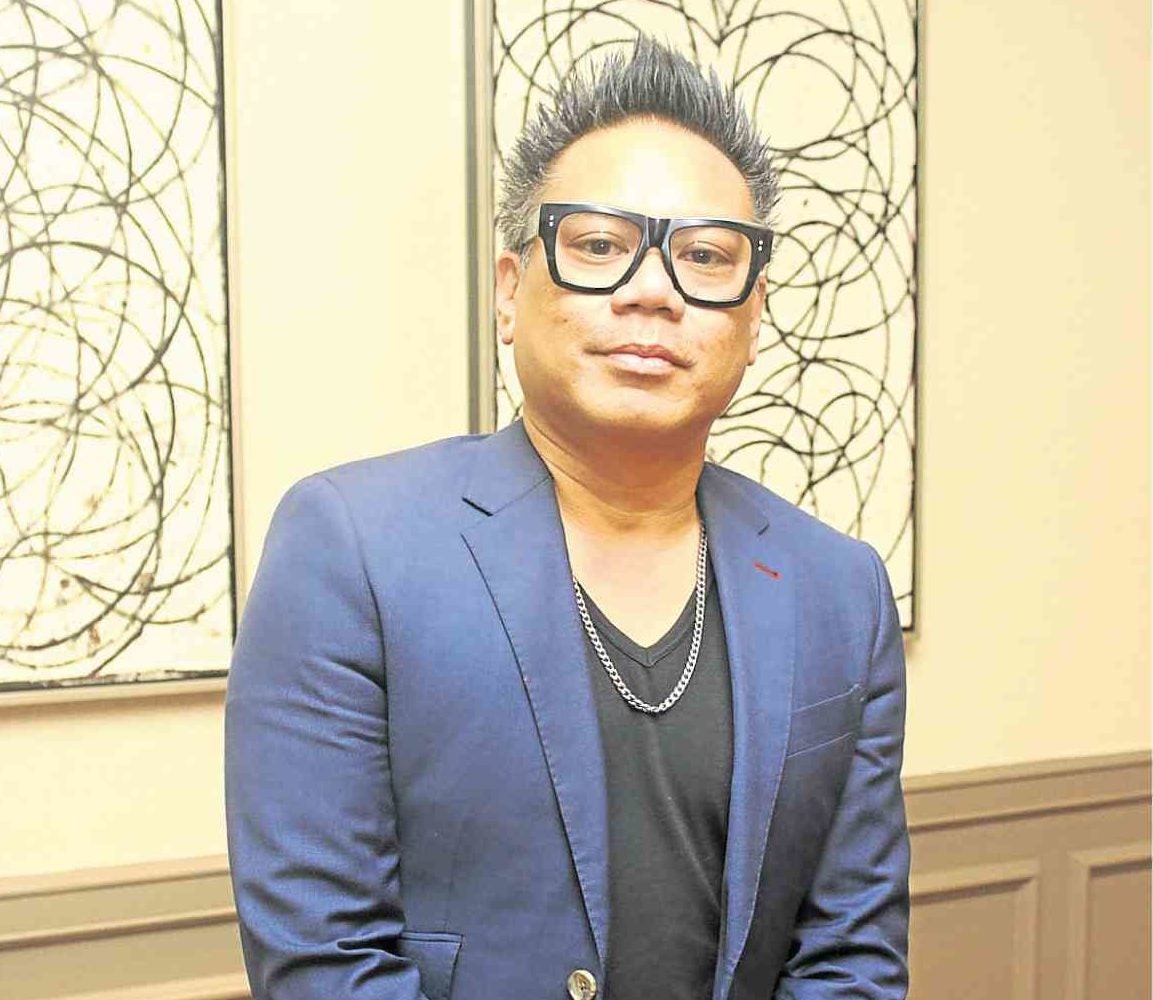 Matthew was also impressed that Bradley acted as well. “He amazed me every day. He’s able to act with somebody in a scene, then evaluate his or her performance while he’s acting.

“It’s a skill that never really occurred to me before I worked with him. I’ve never worked with somebody who was directing and acting at the same time.

“Sam Elliot tells a great story about a scene where Jackson Maine gets out of a truck and confesses that Sam’s character, Bobby, was someone he looked up to. Sam said to me, ‘He said that line, and it blew me away. Then, I see him out of the corner of my eye, and I’m tearing up, and he’s looking at the monitor directly. He went from delivering an emotional line to switching to director immediately.’ He has this ability to put everything together.”

As for Lady Gaga, whose feature film acting debut is earning critical buzz, the cinematographer commented, “Both Lady Gaga and Bradley exhibit this quality of hard work and trying to always make something better. With Lady Gaga, you’re talking about a person who would show up early, get done in hair and makeup, then, if she was singing, she would do 45 minutes of vocal exercise, then sing her heart out. She would never lip-sync.

“Lady Gaga is similar to Bradley because she’s super genuine and immensely talented. As much as I’d be blown away by Bradley’s acting, I was even more blown away when I would hear her voice on set. I’d think, look at how lucky I am to be here, but then I have to remind myself I have a job to do.”

True to his word, Matthew tackled a completely different project in his next one, “Native Son,” Rashid Johnson’s drama about a young black man coming of age in 1930s Chicago.

“That’s why I like to check back in on a smaller film. I was working (on ‘Native Son’) with an amazing young actor, Ashton Sanders, who I’d worked previously with on ‘Straight Outta Compton’ in a smaller role.

“Sometimes, when you put a lens on an actor, you understand why they’re magnetic. Like, I remember the first time I looked at Russell Crowe or Denzel Washington through a lens. I looked at Ashton through the lens and I could see this larger-than-life personality that connects with people. So, making that film was one of my favorite experiences in a long time. ‘Native Son’ is a very personal story.

“Rashid Johnson is a sculptor, a painter. He comes from a world that interprets creativity in a different way than a filmmaker. Having somebody like that look at me as a person who’s going to help them do that is pretty satisfying.”

Teased about his cameo as a photographer in “A Star Is Born,” Matthew remembered his father, Justiniano “Johnny” Libatique, who was from Dagupan, Pangasinan, and died in 1993. “It’s funny. I hosted the ASC (American Society of Cinematographers) awards for three years in a row. My father used to wonder if I could ever do what I’m doing now. He was like, ‘You can’t even talk to people.’

“So, when Bradley asked me and I thought, OK, let’s see what happens. And it gave me a different perspective on actors.

“It’s also funny because when I was doing it, all the things I remembered going in, like I always think about Robert Downey Jr. He’ll knock you out of your shoes with one line. How quick-witted actors are. And I’m a far cry from that. So, what I did was a perfect role for me, because I got to play myself.”

Matthew will next train his lens on “Birds of Prey,” the ninth installment in DC Comics’ Extended Universe. “It’s an extension of the Harley Quinn character, who was previously in ‘Suicide Squad,’ Matthew revealed. “But this is her own movie, and there are three more female DC characters that are introduced here. Margot Robbie is the lead actress. They start filming in January 2019.”

On whether he reflects on his earlier days, including delivering lechon in Southern California, Matthew, who turned 50 last July, smiled and said, “I like telling that story. But you do that—you have to check in with your past. Nobody does that better than speaking to my mother (Georgina or Dina, who has remarried and now goes by the last name, Porter).

“Many times, we don’t talk about movies at all. She tells me about what’s happening with other people in the family, or this or that happened in the Philippines. My brother David, as well. I’m just my brother’s brother and my mother’s son. I keep [myself] grounded that way.

“Being a cinematographer is very honorable. You can’t get too big. So, I have an enormous amount of appreciation. I did a master class in the Philippines last year. One of the most satisfying things I ever did was, I was able to bring my children (son Ezekiel and daughter Audrey) to the Philippines for the first time with my mother. So, they got to see it through my mother’s eyes.

“One thing I realized there, and I’ve always known it but it really hit me being in Manila, was if it wasn’t for what she did to come here, I would never be here. So that’s the bigger thing that has so much weight that I remember. And that’s what makes me try to appreciate every day.”