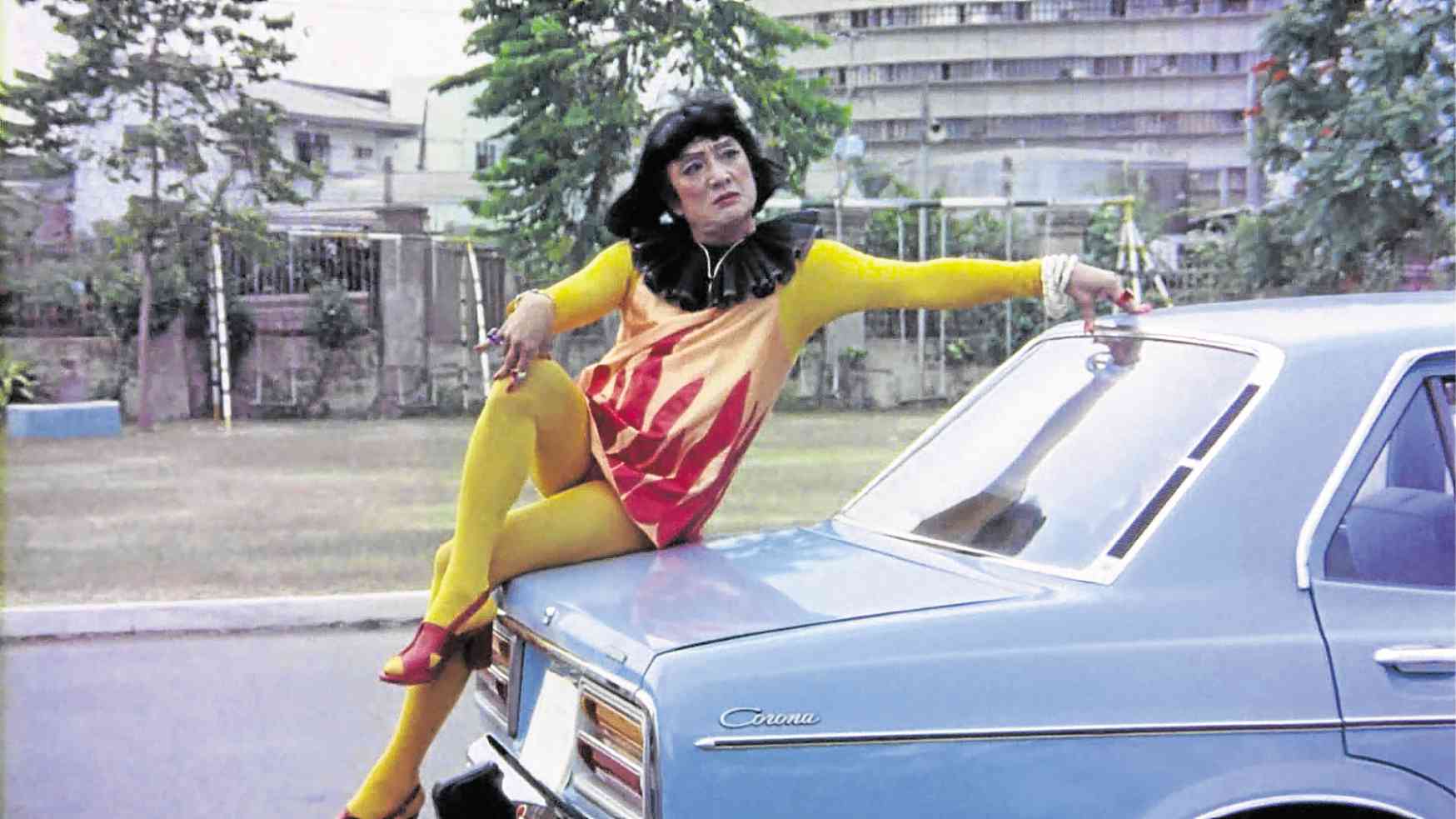 “Omeng Satanasia” was special to the late King of Comedy, who won his first and only Famas best actor award for playing at least four characters in the 1977 movie: an aging scientist, the younger version of the mad genius, the devil and a guardian angel.

Singer-actress Zsa Zsa Padilla, the master comic’s longtime partner, told the Inquirer that he had once mentioned the movie to her “in passing.” “How it was inspired by Faust and the pact he made with the devil,” Zsa Zsa recalled. “He was very proud of this film and how he portrayed different characters. It was directed by his nephew, Frank Gray Jr.”

Actor Epy Quizon, the Comedy King’s son, recounted that he was just a kid when he first saw the movie, but what was etched in his young mind was “how my dad portrayed multiple characters effectively.”

Epy’s brother Ronnie Quizon related that this was the second Dolphy movie to be restored; the first was “John en Marsha sa Probinsya.”

“I attended the special screening for ‘John en Marsha,’” Ronnie remembered. “I am so grateful that new and future generations of Filipinos can now have a chance to see these movies as they were intended to be seen.”

Epy agreed: “‘Omeng’ is not only a classic; it is also a cultural masterpiece. My father’s films and every other Filipino film (made then) are cultural treasures. We cannot allow ourselves to just throw them away.”

Zsa Zsa explained: “The effects may not be at par with what can be done these days, but it was groundbreaking at the time. Plus, the story remains meaningful.”

Zsa Zsa believes that the new generation of filmmakers and moviegoers could learn a thing or two from these vintage films: “Most especially how important it is to focus on the plot, story and dialogue and not be dependent mainly on special effects.”

Needless to say, Zsa Zsa and the rest of the Quizon clan are looking forward to revisit this film.

The restored “Omeng” will make its debut on Oct. 16, 5:30 p.m., at Santolan Town Plaza, as part of the Cinema One Originals film fest’s Restored Filipino Classics program.

“I am excited to watch it since I’ve only seen clips of this film,” said Zsa Zsa.

Zsa Zsa agreed: “Dolphy was very proud of his work in ‘Ang Tatay Kong Nanay,’ which was directed by (National Artist) Lino Brocka. I’ve seen this film, and I believe that it would make a great remake.”

Leo P. Katigbak, head of ABS-CBN Film Restoration, pointed out: “Dolphy may have been the King of Comedy, but he was also a brilliant dramatic actor. ‘Omeng’ not only showcases his comedic skills, but it’s also an award-winning film.”

The ABS-CBN executive asserted that these restoration projects come at the perfect time since the country is currently celebrating 100 years of Philippine cinema. “Nora and Dolphy are institutions, giants of the cinematic arts and we should never forget that.”

Zsa Zsa is certain that Dolphy, who passed away in 2012, would approve of these efforts to save classic movies. She could almost see him, giving these film preservation ventures a thumbs-up, exclaiming gleefully: “Ayos!”

Ronnie reiterated: “He’d be happy… knowing that the movies he produced and starred in are in good hands. On behalf of the Quizon family, I would like to thank everyone responsible for preserving my father’s legacy.”