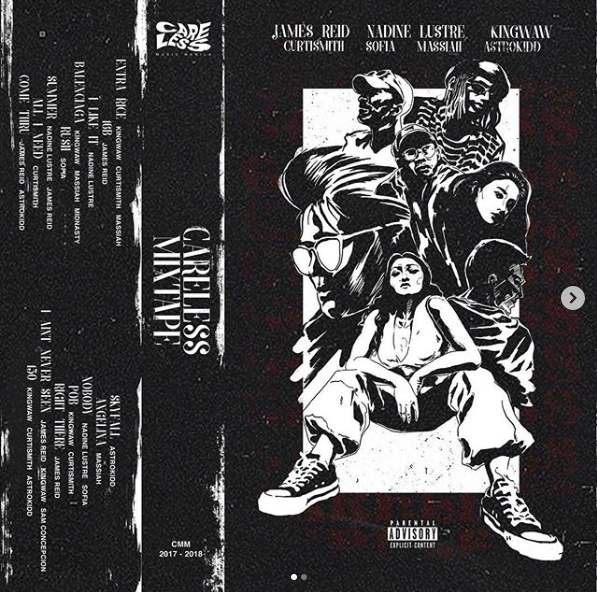 The album is a compilation of songs by seven artists: Reid, his girlfriend and onscreen partner Nadine Lustre, Curtismith, Sofia Romualdez, Astrokidd, Massiah and KINGwAw.

Divided into “Side A” and “Side B,” the “Careless Mixtape” consists of 15 original tracks.

Two tracks by Reid were already pre-released in May and June with the titles “16B” and “Right There.”

All the songs in the album were written by the artists themselves, Bret Jackson said in a tweet on Wednesday.

He also revealed that Lustre wrote one of the songs called, “I Like It” saying “it’s one of the biggest hits on the whole mixtape.”

Also please take pride that all the artists in this tape wrote the songs themselves. Be as proud as we are that Nadine wrote The song I Like it and in all honesty I believe it's one of the biggest hits on the whole mixtape.