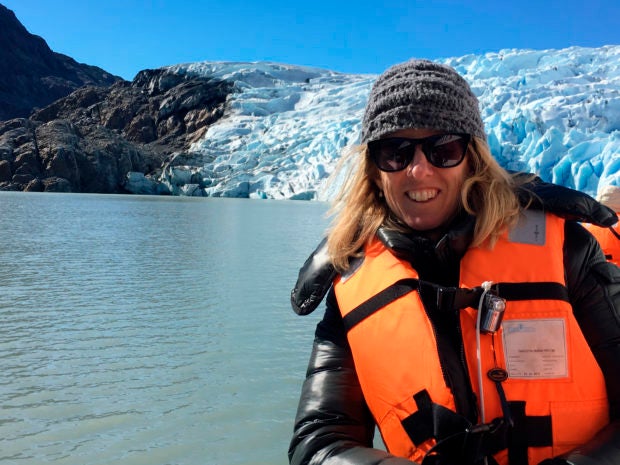 NEW YORK (AP) — Filmmaker Rory Kennedy couldn’t resist the obvious place to open her new documentary on NASA. That’s a news clip of her uncle, President John F. Kennedy, challenging the space agency to land a man on the moon by the end of the 1960s.

Kennedy said she wanted to give people who were not alive in the 1960s a sense of the excitement and energy that surrounded the Apollo missions and space flight in general.

The movie about NASA’s 60th anniversary, called “Above and Beyond: NASA’s Journey to Tomorrow”, premieres Saturday at 9 p.m. Eastern on the Discovery channel, after a short theatrical run.

“I really wanted the film to appeal to a large audience that is excited about NASA and its accomplishments and wants to learn more about them,” she said.

Discovery approached Kennedy to make a film about the space agency’s 60th anniversary. While she’s had a special place in her heart for NASA because of her family history, Kennedy said it hadn’t been a particular passion and that she learned a lot while making the film.

A line midway through the film succinctly sums up the chief lesson: “The farther we travel, the better we understand home.”

While powerful telescopes point beyond Earth, NASA also looks back. The agency has 19 different satellites in place studying different aspects of the home plant. From the vantage point of space, NASA scientists can trace changes in the Earth’s environment, such as the melting of polar ice and the damage done to coral reefs.

The Mars rover expedition is studying that planet in part to answer the question of whether that planet could at one time have supported life, and what happened in the interim.

“The more NASA has looked into space, starting with our solar system and galaxy to the universe, the greater appreciation it has had about the preciousness of our planet and the uniqueness of our planet,” she said. “With all of its extraordinary exploring and breakthroughs in the universe, we have yet to find another planet like Earth.”

The discoveries about changes to the Earth because of climate change are outlined in a non-combative way in Kennedy’s film. She didn’t want to risk alienating the audience by diving too deeply into a political fight on the issue. These politics, she believes, plays a role in NASA having only a fraction of the federal funding that it had during its 1960s heyday.

The film touches upon NASA’s failures, like the explosions of Challenger and Columbia and sending up a space telescope that initially delivered blurry pictures, but it’s mostly an admiring look at the agency.

“Above and Beyond” shows prototypes of vehicles that would be used for a potential mission to Mars. Kennedy said she’s not sure when or whether NASA would be able to accomplish that. One difficulty is the short length of political administrations making it difficult to build the political will for such projects — like was done in the 1960s.

“I feel there’s a huge urgency to what NASA is doing,” she said. “I think we’re on the brink of very exciting breakthroughs in our understanding … of the universe.” CC