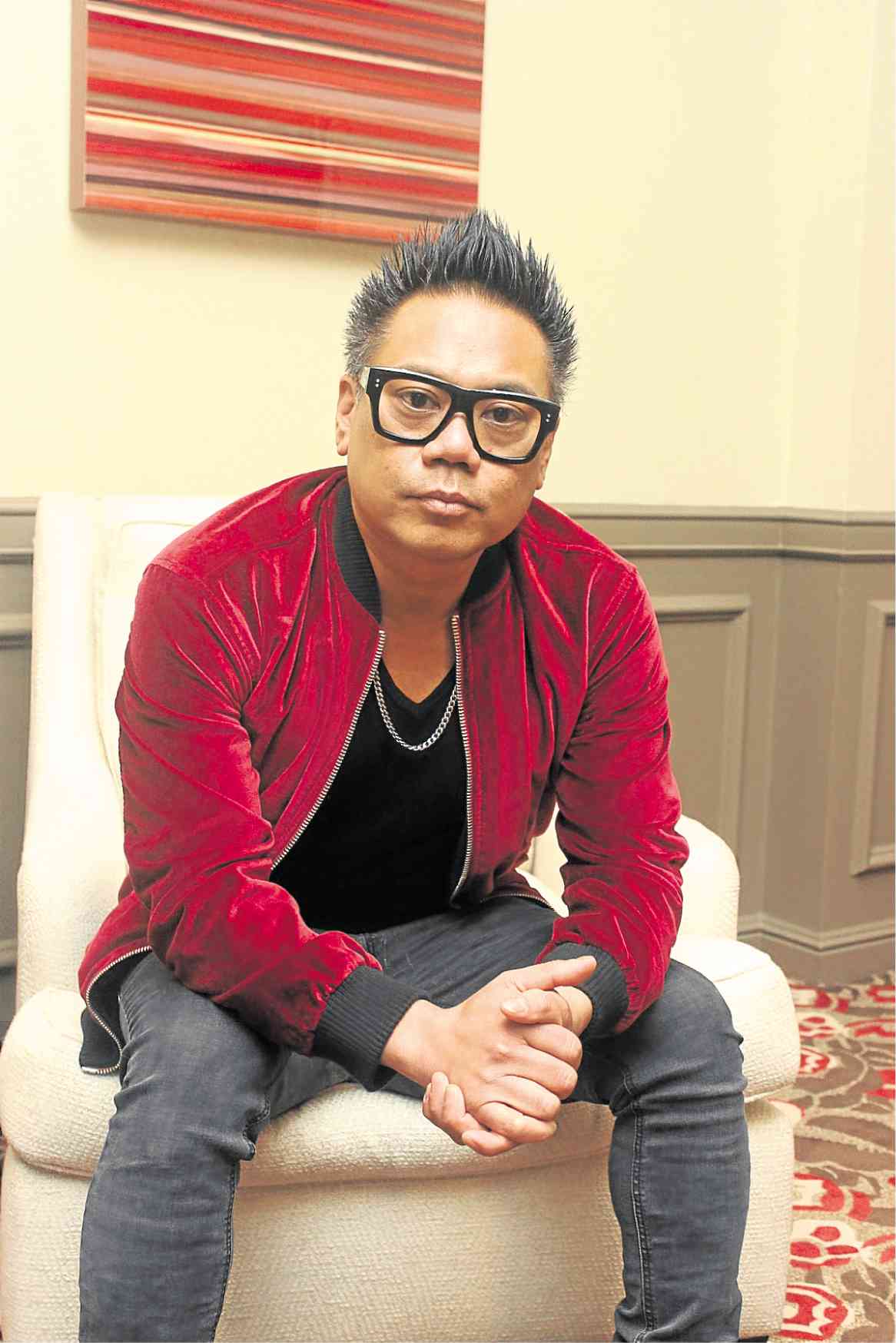 LOS ANGELES—How often does a cinematographer have two big films open on the same weekend? Last weekend was one such rare milestone for Matthew Libatique, the Oscar-nominated Filipino-American director of photography whose “Venom” and “A Star Is Born” debuted at the same time. Sporting his trademark spiky hair, Matthew recalled how his two movies ended up opening on Oct. 5.

“I knew it would be exciting when I heard,” said the DP, wearing a red suede jacket at the Almond Room of the Four Seasons Hotel in LA. “We were shooting ‘A Star Is Born’ so fluidly that there wasn’t a specific release date. Bradley kept working on the edit and making it better. Then, after a few screenings, there was a wave of people responding so well that they decided to push the release date. Somebody came up to me and said, ‘They pushed the release date of ‘A Star Is Born’ to Oct. 5. I said, ‘What’s our (‘Venom’s’) date?’ They said, ‘Oct. 5.’ I thought to myself, that’s going to be an interesting week.”

Interesting week it was, indeed, with both “Venom,” a superhero movie directed by Ruben Fleischer, and “A Star Is Born,” a drama starring Bradley Cooper, who makes his directing debut, and Lady Gaga, doing spectacularly well at the box office.

“I’ve never ever cared about the box office because I don’t have much to do with it,” said the brilliant cinematographer, who is called Matty by friends. His impressive credits include “Black Swan,” for which he earned his first Oscar nomination, “Mother!,” the two “Iron Man” movies, “Pi,” “Requiem for a Dream” and “Straight Outta Compton.”

“I like the fact that people are watching both, and that’s what’s unique. They’re both interesting enough to people. I was reading a statistic that 70 percent of the people who watch ‘A Star Is Born’ are 25 and older. But with ‘Venom,’ it’s exactly 25 and below.”

Matthew, who frequently collaborates with director Darren Aronofsky, added, “So, what’s most important is that it shows the range of what I could do as a visual storyteller. I’m very proud of that specific fact.”

No two films could be more different than “Venom” and “A Star Is Born.” He did the latter first. “You learn from one film and you take some things you’ve learned to the next,” he said about doing vastly different films back to back. “I’ve always maintained that in every film, I start over. The reason why it’s exciting for me is because I try to choose things that are different tonally, whether it’s fantastical or personal. My goal is to do things that challenge me, or else I become banal and mundane.

On the gifted Tom Hardy as Eddie Brock-Venom, the Queens, New York native said, “Sometimes, I was blown away at the depths of his physicality. To watch what would come out every day from Tom was … people would ask, ‘Was that good?’ I’m like, ‘I don’t know what you wanted, but Tom is creating a character here that is special and something we haven’t really seen.’ 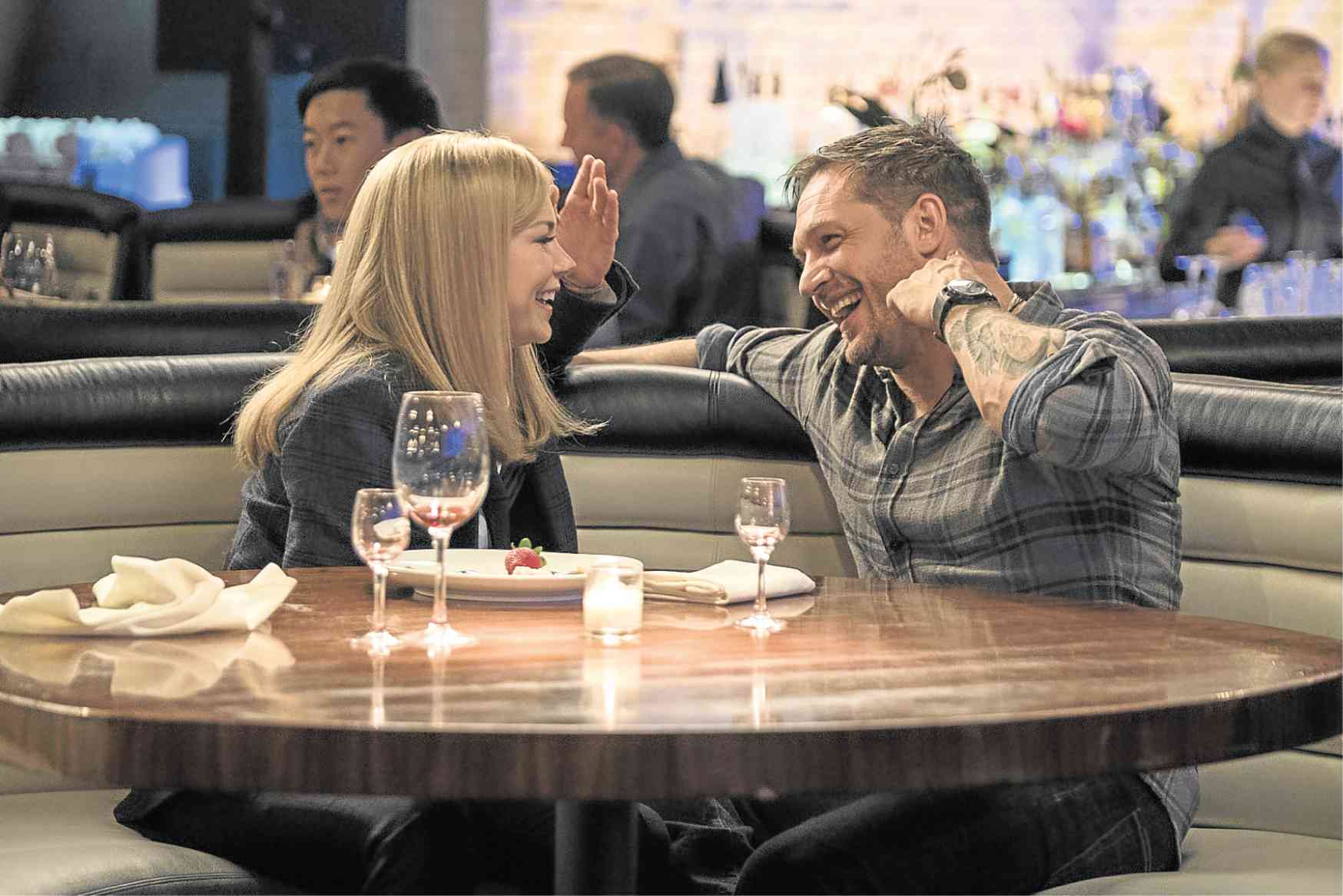 “Tom’s talent shows in the movie. What is funny about these superhero movies is they’re so popular with their base because if you don’t know Venom, you don’t know the character because he’s a CG character. The only people who know that character are the people who read the comics. So, in the whole genre, how do we have those characters connect with people who don’t know?

“It’s the actor and the character that he creates. I think that’s the success of Tom. And that was the success of Robert Downey Jr. in my experience. Everybody from Jeff Bridges, Gwyneth Paltrow, to Sam Jackson. They’ve created characters that people connected with.”

“Visual effects have come a long way,” began the MFA degree holder in cinematography at the American Film Institute Conservatory when asked how technically different it was to shoot “Venom” compared to the “Iron Man” movies. “Obviously, the visual effects were already sophisticated during ‘Iron Man 2.’ It’s funny with those two movies (‘Iron Man 2’ and ‘Venom’) actually because both end in a largely CG environment.

“We handled ‘Iron Man 2’ in a different way than we handled ‘Venom.’ Technology has made it easier to handle it, and there’s less to do. I learned a lot from ‘Iron Man 2’ because if you know that in your third act, it’s going to be largely CG characters, why then are you building a set?

“But I go back and forth on this and think about it from a technical standpoint. Sometimes, you have to build a physical set so that something in the frame is real. The danger in both films is that people disconnect because older moviegoers aren’t going to connect to those sequences, because we stopped watching cartoons years ago. There is something about the human in the scene that makes people feel. Even in an action scene.

“With ‘Venom,’ I love the motorcycle sequence. But the reason why you love the motorcycle sequence is because you keep checking back with Tom’s reaction and the peril—you feel it. But when you see Venom and Riot (Riz Ahmed) at the end, unless we cut back to Tom, you just don’t have the same and that’s why it was essential for us to shoot some real elements, then have them connect with the Riz Ahmed character, Riot and Tom Hardy.

“My approach hasn’t changed between the two films, but the only thing that I could see that has changed is people have become more reliant on visual effects to create environments. I’m not sure if that’s right.”

“The most challenging would be the end fight because we did mostly just the live faces on a partial gantry,” answered the Fil-Am, who finished his undergraduate degree at the California State University Fullerton. “The whole battle in this gantry leading up to a rocket. The shoot with both Riz and Tom on that was challenging because you’re so reliant on somebody else creating the scene. So you just hand it off.

“And the other was a scene at the end of the whole motorcycle sequence where Eddie Brock aka Venom jumps into the water and swims, then he’s on the bottom under the Bay Bridge. You think that’s a simple scene, but going back to the notion that you’ve got to give the actor space. That was a very tense scene in the sense that you got to let this guy define what this is.

“Then, you have to let Ruben (Fleischer, director) evaluate what the scene is. So it’s about giving options. For me, as a filmmaker, I get anxiety on some of the simplest scenes because sometimes, they’re harder than the more complicated ones. Because the complicated ones are puzzles you’ve pieced together. But the simple ones have to be defined, and you just have to be patient.”